Japan's economy is expected to make its sharpest rebound in decades this year, with consumption set to pick up toward the end of 2021 as the impact of the coronavirus pandemic on the broader economy eases.

The world's third largest economy is projected to grow 3.42 percent in the next fiscal year to March 2022 following a 5.37 percent shrinkage this fiscal year, according to the average forecast of 35 economists polled by the Japan Center for Economic Research. 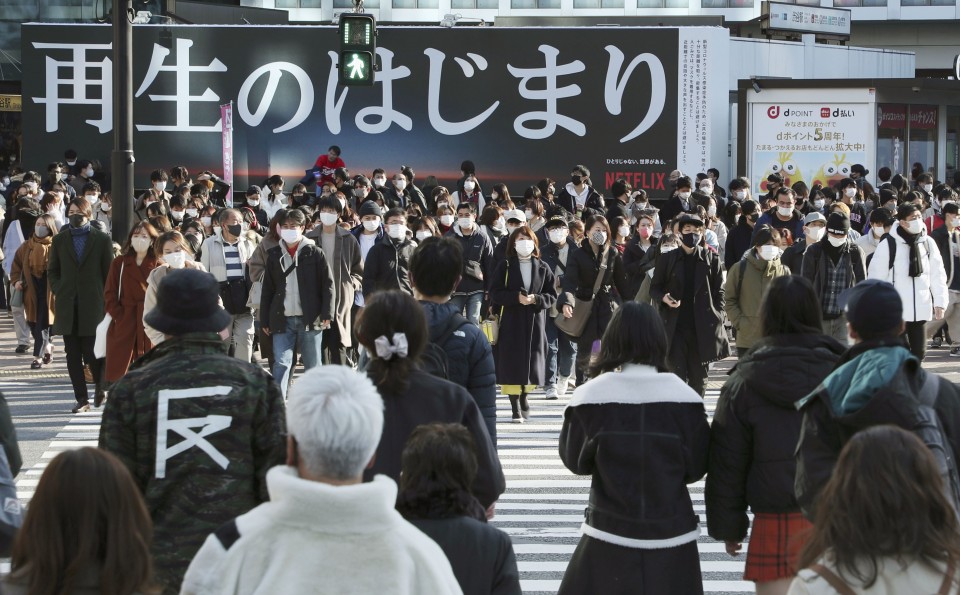 If the estimate is borne out, it would see a turnaround from the worst contraction to the highest growth since fiscal 1995, when comparative date became available.

The government aims to bring the economy back to pre-pandemic levels with help from stimulus measures next fiscal year. But economists said such a view seems too optimistic and that a recent resurgence of infections with new virus variants emerging could even stall the recovery in early 2021.

Consumer spending is poised to gather momentum as COVID-19 vaccines become available for widespread use by summer and would also get a one-off boost if the postponed Tokyo Olympics and Paralympics go ahead from July as currently planned.

"Japan's economy is going to benefit from the effect of nationwide vaccination," Atsushi Takeda, chief economist of the Itochu Research Institute, said.

Prime Minister Yoshihide Suga has promised to procure enough vaccine shots for the nation's needs by the first half of 2021, and the government estimates 4.0 percent growth next fiscal year.

The domestic economy shrank an annualized real 29.2 percent in the April-June period from the previous quarter, possibly the largest contraction on record since 1955, according to the government.

Roughly a monthlong state of emergency declared last April brought many businesses to near standstill, with spending on trips, eating out and shopping falling sharply amid stay-at-home requests.

The economy rebounded in the following quarter with annualized 22.9 percent growth as economic activity restarted gradually. The July-September period's real gross domestic product totaling 527.14 trillion yen ($5.1 trillion) on an annualized basis outstripped 500.63 trillion yen in the previous quarter, though it was still below 545.72 trillion yen in January-March, before the virus had a full impact on the economy.

With Japan having maintained recovery momentum into the final quarter of 2020, the Tokyo Games will likely offer an opportunity to propel spending this year, economists said.

The Organization for Economic Cooperation and Development last month raised its forecast for Japan's growth for 2021 to 2.3 percent, saying the summer's games will "temporarily boost consumption."

The NLI Research Institute estimated in March that the postponed games would carry over demand worth 2 trillion yen to next fiscal year.

"Fostering an atmosphere that we have been able to hold the games by bringing the virus spread under control is important for the economy," he said.

If coronavirus vaccines become available as expected, service businesses such as entertainment, transportation and travel companies will be among the sectors to reap significant benefits, Toshihiro Nagahama, chief economist at the Dai-ichi Life Research Institute, said.

"Domestic consumption in the service sector could possibly normalize in the latter half of the year" with restrictions removed on human mobility and personal contact, Nagahama said.

If, on the other hand, vaccination falls behind schedule, it would "jeopardize" the country's efforts to host the games and consumption in the service sector would "continue to be forced into stagnation," he added.

The recovery scenario could be complicated by record numbers of new virus cases reported since November. Japan has confirmed more than 230,000 infections with the tally of daily cases topping 4,000 for the first time Thursday last week. 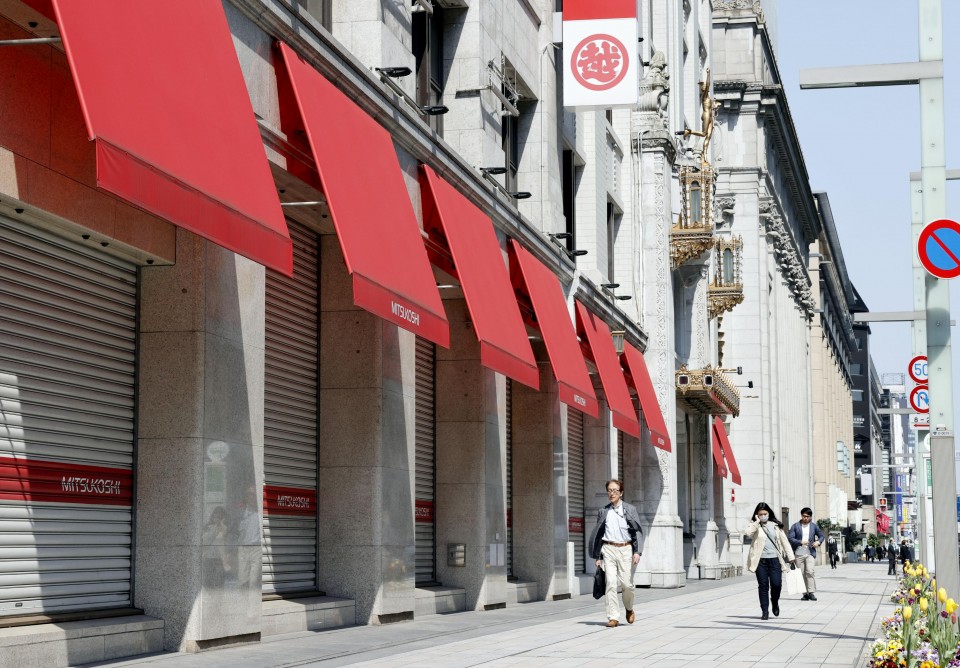 A Mitsukoshi department store in Tokyo's Nihombashi area is closed on April 8, 2020, a day after Prime Minister Shinzo Abe declared a state of emergency for Tokyo, Osaka and five other prefectures to curb the spread of the new coronavirus. (Kyodo) ==Kyodo

Requests were issued again recently for reduced business hours at establishments serving alcohol and avoiding nonessential outings. The government last month suspended its nationwide travel subsidy program over the New Year holidays. It was the first halt to the campaign since it was launched last July to spur domestic travel demand.

These anti-virus measures add to uncertainties along with the lagging impact of the pandemic on employment and income, some economist said.

"If virus infections keep spreading, companies will have to prepare for prolonged poor earnings," Shinichiro Kobayashi, a senior economist at Mitsubishi UFJ Research and Consulting Co., said. "They might have to adjust their payrolls, cut wages, and in the worst case, some may have no choice but to go bankrupt."

He forecast the economy will contract an annualized real 0.5 percent in the January-March period in 2021.