Tickets already sold for the Emperor's Cup semifinals on Sunday and final on Jan. 1 remain valid, although applications for refunds will be accepted until a day before the respective matches. 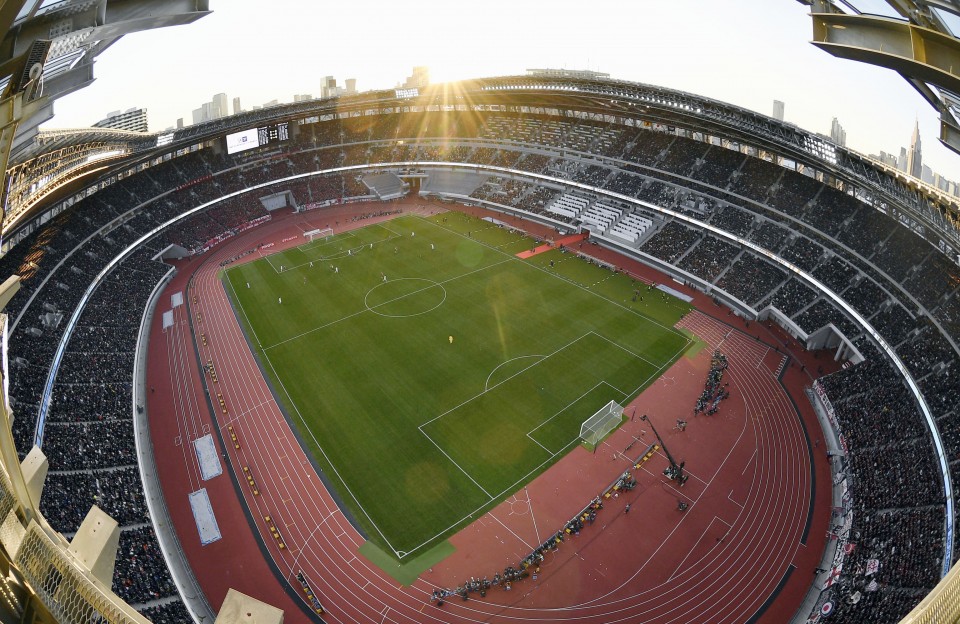 The final of the Emperor's Cup football tournament is held on Jan. 1, 2020, at Tokyo's new National Stadium, the main venue of the Olympics and Paralympics. (Kyodo) ==Kyodo

In principle, spectator numbers are to be capped at 5,000 for venues with capacity exceeding 10,000 until Jan. 11. Attendance can exceed the cap in the case of tickets sold before the reintroduction of the limit.

Some 16,000 tickets have reportedly been put on the market for the Emperor's Cup final at the 60,000-capacity National Stadium, with roughly 10,000 and 7,000 circulating, respectively, for the semifinals at Kawasaki's Todoroki Stadium and Osaka's Panasonic Suita Stadium.

Attendance at the national high school championships, which kick off at Saitama Stadium on New Year's Eve, will be limited to parents and school officials. General admission tickets were to be sold only for the semifinals on Jan. 9 and final two days later.

Some 26,000 spectators with tickets to the sold-out Jan. 4 Levain Cup final between Kashiwa Reysol and FC Tokyo at National Stadium will be able to attend, according to the J-League.

The match was postponed from Nov. 7 after several Kashiwa players and staff tested positive for the coronavirus.