The J-League first division brought down the curtain Saturday on a 2020 season marked by unprecedented challenges stemming from the coronavirus pandemic, and a record-breaking march to the title by three-time champions Kawasaki Frontale.

The season's fate looked uncertain when the league suspended play with the J1 and J2 barely under way in late February, before a wave of coronavirus infections across Japan. 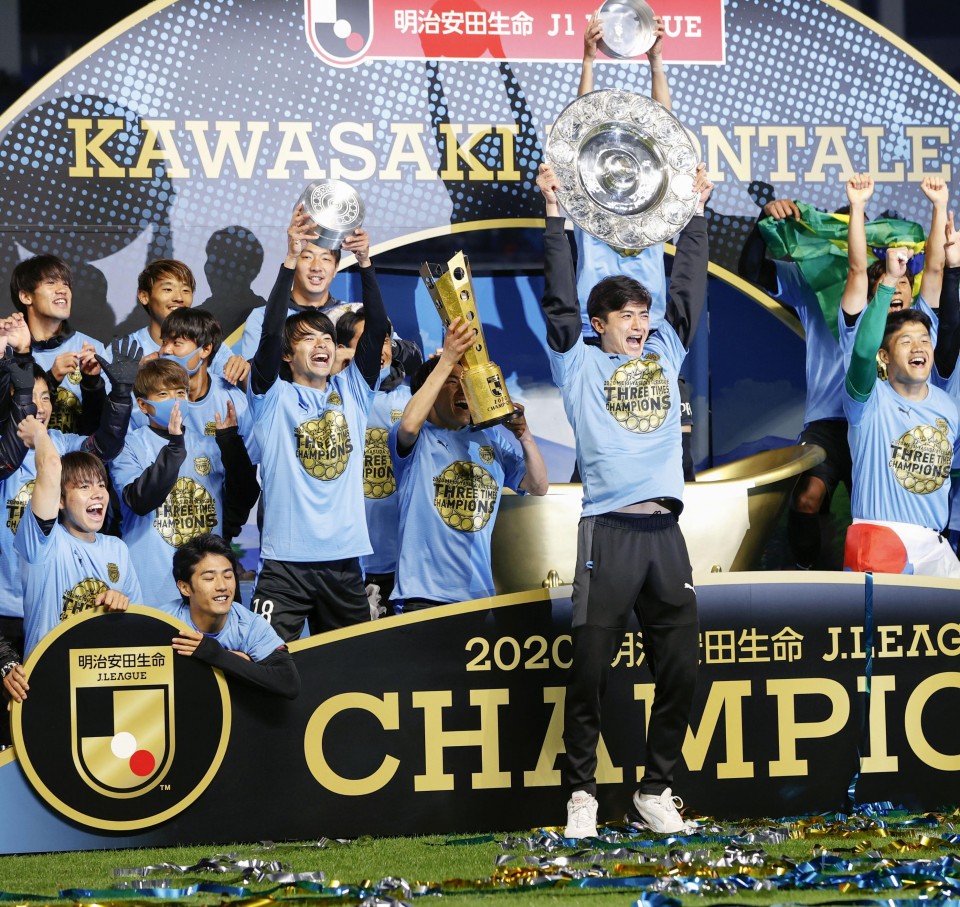 Teams returned to the pitch some four months later, initially without spectators, playing twice a week as part of a tightly packed, redrawn schedule.

Kawasaki burst out of the blocks from the restart, making the most of the new conditions, including an increase in the maximum number of substitutes, from three to five per game, which had been instituted to limit injuries amid the frantic schedule.

"It (gave) us the ability to overwhelm opponents by attacking non-stop for 90 minutes," captain Shogo Taniguchi said in late November, when Kawasaki clinched the title by thrashing second-place Gamba Osaka 5-0.

Manager Toru Oniki's men wrapped up the race with four games to spare, a record under the current 34-game league format, while also registering a record 83 points for the season.

With a squad blending talented youngsters and veteran leaders, Kawasaki drew extra inspiration from 40-year-old club great Kengo Nakamura, who announced in early November that this season would be his last.

Though they came a distant second, Gamba also earned a berth in next year's Asian Champions League group stage, as well as a chance to lift the Emperor's Cup in this year's shortened tournament.

Nagoya Grampus also secured a spot in the ACL playoffs by edging Cerezo Osaka and Kashima Antlers in a battle for third place that came down to the final day.

The league saw a number of high-profile players depart for Europe during the year, including Japan forward Musashi Suzuki, who left Consadole Sapporo for Belgian side Beerschot in August. 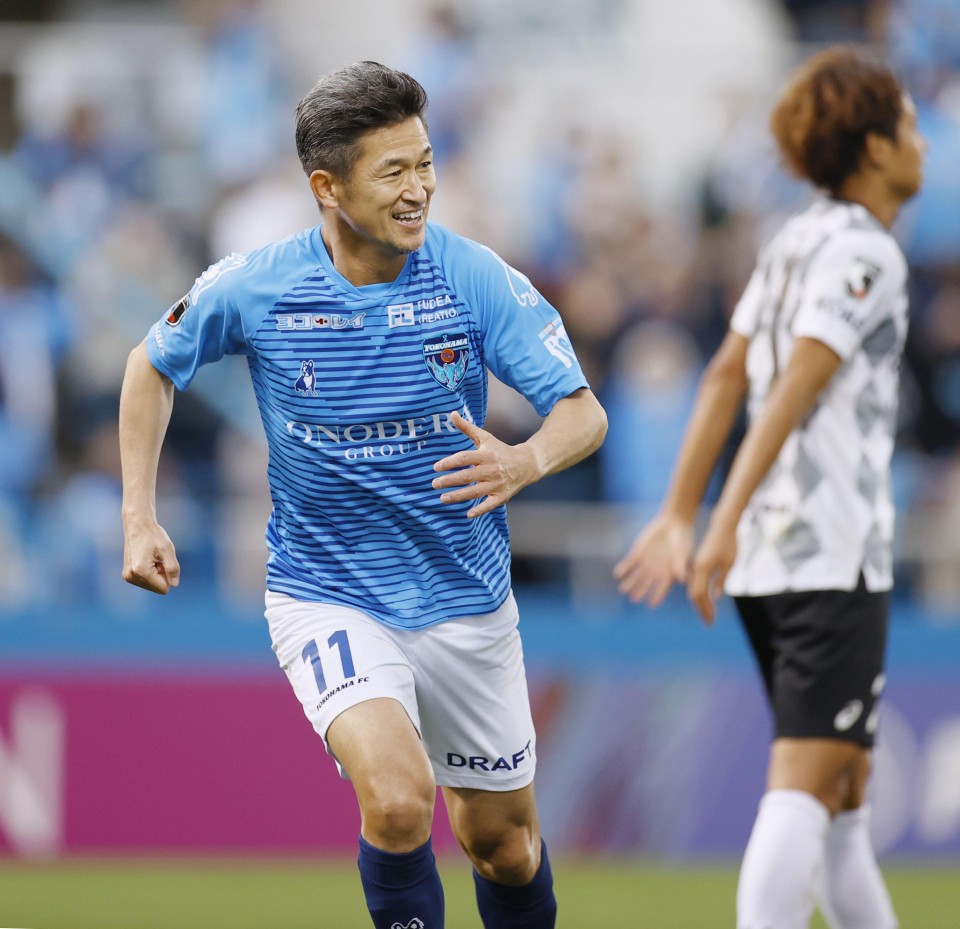 The promotion of Yokohama FC back to the top flight after a 12-year absence paved the way for 53-year-old former Japan striker Kazuyoshi Miura to add a new chapter to his storied career.

"King Kazu" entered the record books as the oldest-ever player in a J-League first-division match after starting for Yokohama FC in their 3-2 loss to Kawasaki on Sept. 23.

Miura may have garnered the headlines, but a bigger development for 15th-place Yokohama FC was the emergence of several young talents who made the club one of the league's most entertaining. Among the standouts was 19-year-old forward Koki Saito, who is bound for Belgian side Lommel in the offseason.

The other promoted side, Kashiwa Reysol, made an impressive J1 return, spearheaded by the league's top scorer, Michael Olunga. 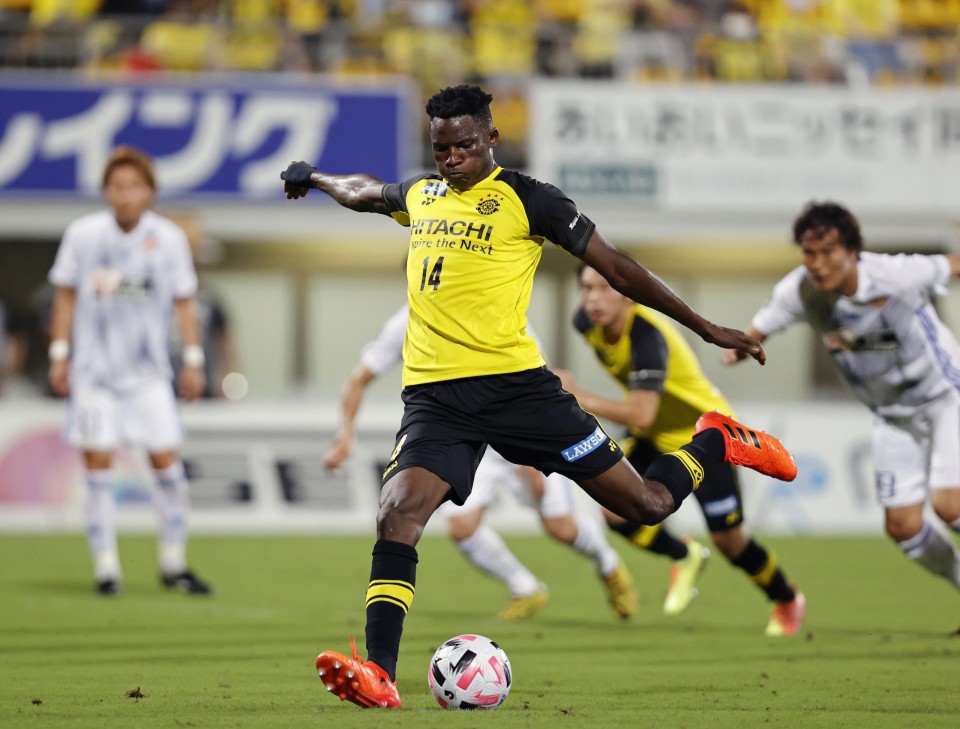 The Kenya striker netted 28 goals as he led his side to a seventh-place finish and a berth in the Levain Cup final, which was postponed until Jan. 4 after several Kashiwa players and staff tested positive for the coronavirus.

The league's biggest foreign signing in recent years, Vissel Kobe captain Andres Iniesta, showed he still had plenty left in the tank at 36, but the star-studded club's manager Thorsten Fink fell on his sword in late September following a run of underwhelming results.

The German had steered Kobe to their first-ever silverware, the Emperor's Cup on Jan. 1, followed by victory in the Fuji Xerox Super Cup, but he left with the club languishing in 12th place.

They eventually finished a disappointing 14th after ending the season with six consecutive losses, punctuated by a run to the semifinals of the modified ACL tournament in Qatar.

Shimizu S-Pulse released Australian manager Peter Cklamovski on Nov. 1 after just three wins from his 25 J1 games in charge, while the coaching roundabout also saw Urawa Reds' Tsuyoshi Otsuki, Vegalta Sendai's Takashi Kiyama and Cerezo's Miguel Angel Lotina depart at the end of the season. On Saturday night it was learned that Lotina will take over from Cklamovski next season with Shimizu.

The 2021 season will break more new ground, with the first division featuring 20 teams instead of the usual 18.

Tokushima Vortis and Avispa Fukuoka earned automatic promotion from the second division, but will not take the place of any J1 sides after the league suspended relegation to avoid further disadvantaging clubs struggling financially during the pandemic.

With coronavirus cases continuing to rise across Japan, the league is prepared for a future involving the postponement or cancellation of games due to infection.

At an online meeting of its board, the J-League set guidelines for rescheduling or cancelling fixtures next season, but said it will hold games as planned as long as teams can register at least 13 healthy players.