Tokushima Vortis lifted the J-League second-division championship trophy Sunday following a 1-0 loss to second-place Avispa Fukuoka in the final round of the season.

Both teams finished the campaign on 84 points, but Tokushima's maiden title had been a formality thanks to their huge advantage in goal difference, which stood at 12 following the clash at Fukuoka's Best Denki Stadium. 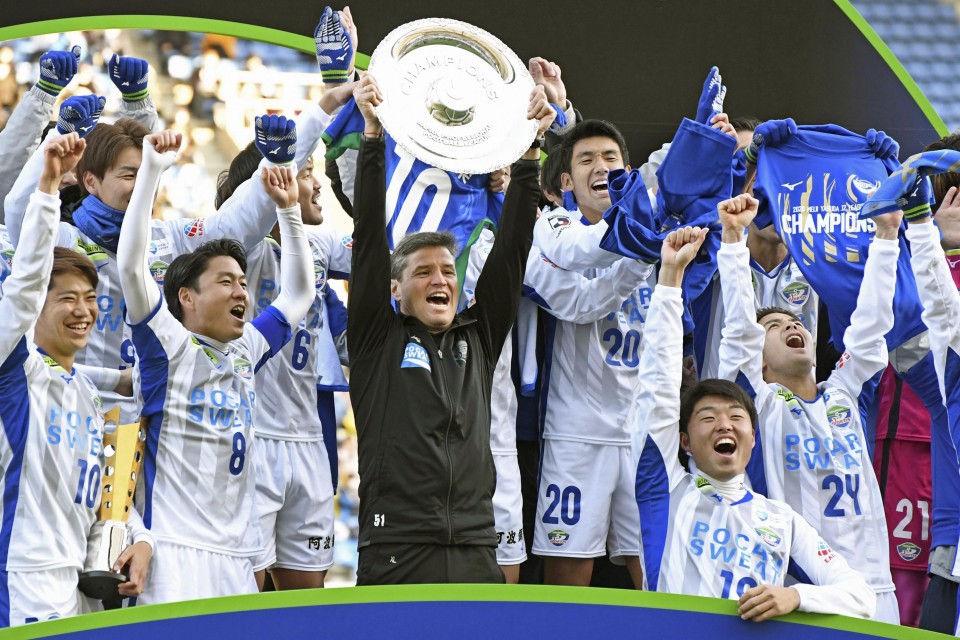 Daisuke Ishizu struck the 16th-minute winner for Fukuoka, who finished the season on a 10-game unbeaten run.

The 30-year-old forward netted from just inside the box, receiving a diagonal pass from Takaki Fukumitsu after the hosts had won back possession in their attacking half.

The two sides had already ensured promotion to the first division following victories in the penultimate round of the season on Wednesday.

The J2 title is Tokushima's first trophy as a professional club, in their fourth season under Spanish manager Ricardo Rodriguez.

"I think it's been a very historic season (and) a really wonderful season. Of course we wanted to win this game...but I'm very happy to be able to bring the title back to Tokushima," Rodriguez said.

By winning the second-division championship, Vortis will enter this year's abbreviated Emperor's Cup in the quarterfinal round.

The Shikoku-based club will make just their second foray into the top flight next year, following a one-year spell in 2014, while Fukuoka will return for the first time since 2016.

Tokushima narrowly missed promotion last year after finishing fourth and advancing to the promotion-relegation playoff final, where they drew 1-1 with J1 Shonan Bellmare.

The J-League scrapped the playoffs this year, opting to automatically promote just the top two clubs and suspend relegation following the interruption to the season caused by the coronavirus pandemic.