The New Zealand government announced Thursday it will award one of its civilian honors to Japan Rugby Football Union adviser and former international winger Yoshihiro Sakata for his contributions to the sport and bilateral friendship.

The first Japanese inducted into the World Rugby Hall of Fame, Sakata will be named an Honorary Member of the New Zealand Order of Merit as part of the country's New Year's honors list. 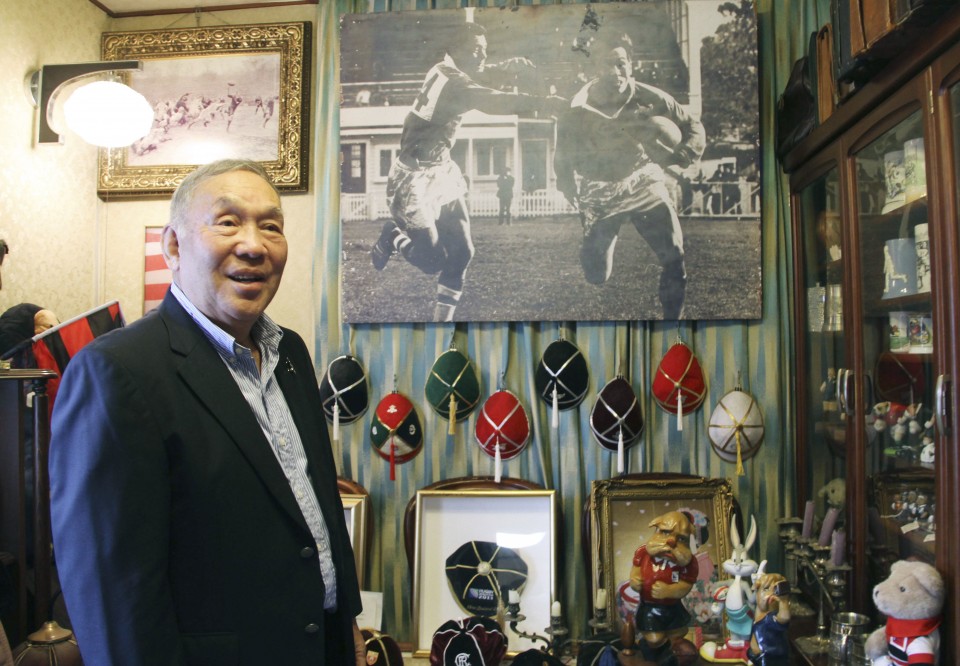 Japanese World Rugby Hall of Fame player Yoshihiro "Demi" Sakata poses on Oct. 18, 2019 in Kyoto in front of an old photo of him running with the ball in New Zealand. (Kyodo)

He is the sixth Japanese national to receive the honor, given to people who have distinguished themselves in their respective fields.

The 78-year-old Sakata, who played for New Zealand provincial side Canterbury, has had close ties to the rugby-mad country since the 1960s.

"It's a great honor to be recognized this way by a country that feels like my second home," Sakata said. "I hope I can keep contributing to the friendship between the two countries."

Nicknamed "Demi" as a result of his small stature, Sakata gained prominence in New Zealand after starring for Japan in their 1968 tour, including a four-try performance in a 23-19 win over the Junior All Blacks.

In 1969, he was voted as one of the five best players in the world by the New Zealand Rugby Almanac and was invited to play for Canterbury the following season, scoring 30 tries in 27 games.

Rugby: Ayumu Goromaru says "one last season" left in him before retiring