SoftBank will launch in March a 2,980 yen plan for 20-gigabyte data usage under a new budget brand with messaging app operator Line Corp. that will be on a par with NTT Docomo's "ahamo" service to be introduced the same month for the same price.

The unit of SoftBank Group Corp. is also cutting fees for its mainstay brand, charging 6,580 yen ($64) a month from March for unlimited data usage, whether it be for 4G or the more advanced 5G, to better compete with NTT Docomo and other rivals.

The announcement brings into focus how another major carrier KDDI Corp., the operator of the "au" brand, will react, adding fuel to the price-cutting competition triggered by Prime Minister Yoshihide Suga's call for Japanese mobile operators to lower their fees, which are higher than charges in other countries. 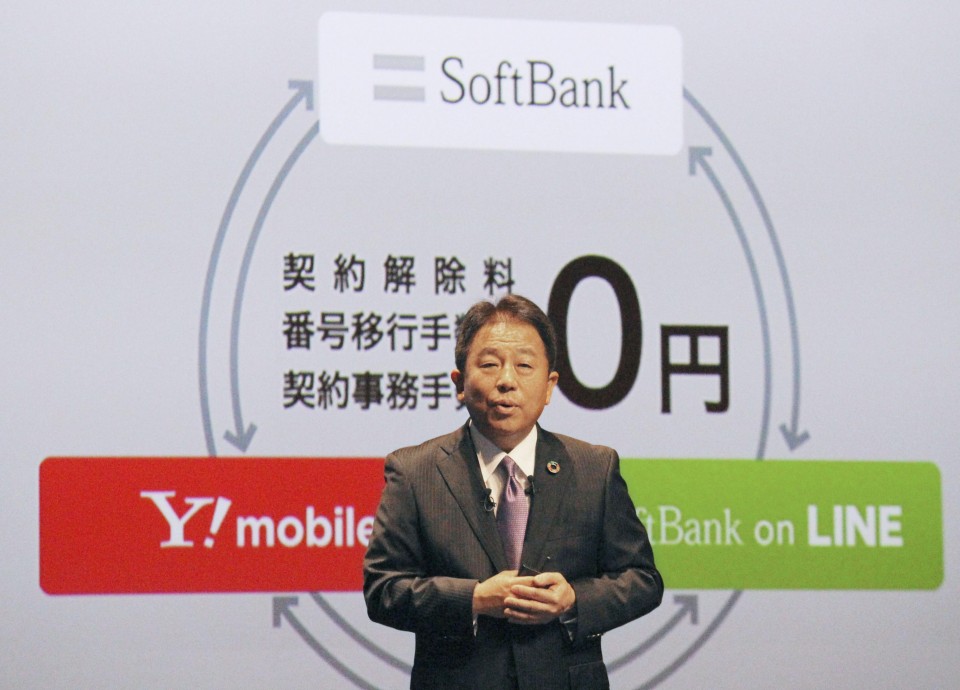 "We are taking bold steps to offer such prices," said SoftBank Chief Operating Officer Jun Shimba at a press conference. "Competition is fierce in our industry so we are mindful of what our competitors do."

SoftBank's new 20-gigabyte service will be offered online. It is designed to woo young users and leverage Line's high penetration rate in the country with about 86 million users a month, Shimba said. Data usage on Line will not count toward the 20 gigabytes.

SoftBank's unit Z Holdings Corp., the operator of Yahoo Japan online services, and Line is scheduled to merge in March.

Earlier in the month, NTT Docomo, which has the largest number of subscribers in Japan, said it will charge 6,550 yen a month for 60 gigabytes of data under 4G and 6,650 yen for unlimited 5G usage, roughly the same or slightly higher than SoftBank's 6,580 yen.

Chief Cabinet Secretary Katsunobu Kato welcomed the wireless carriers' move to cut fees, saying at a press conference on Tuesday that it is "a desirable trend for users and the outcome of reforms" under the Suga government.

SoftBank and KDDI have so far announced cheaper plans under their budget brands in an apparent effort to shield their mainstay brands from price-cutting pressure, but telecommunications minister Ryota Takeda has expressed dissatisfaction with such endeavors.