The 28-year-old right-hander had been seeking a move to the majors via the posting system after six seasons with the Fighters in the Pacific League. The Rangers have not yet announced the deal. 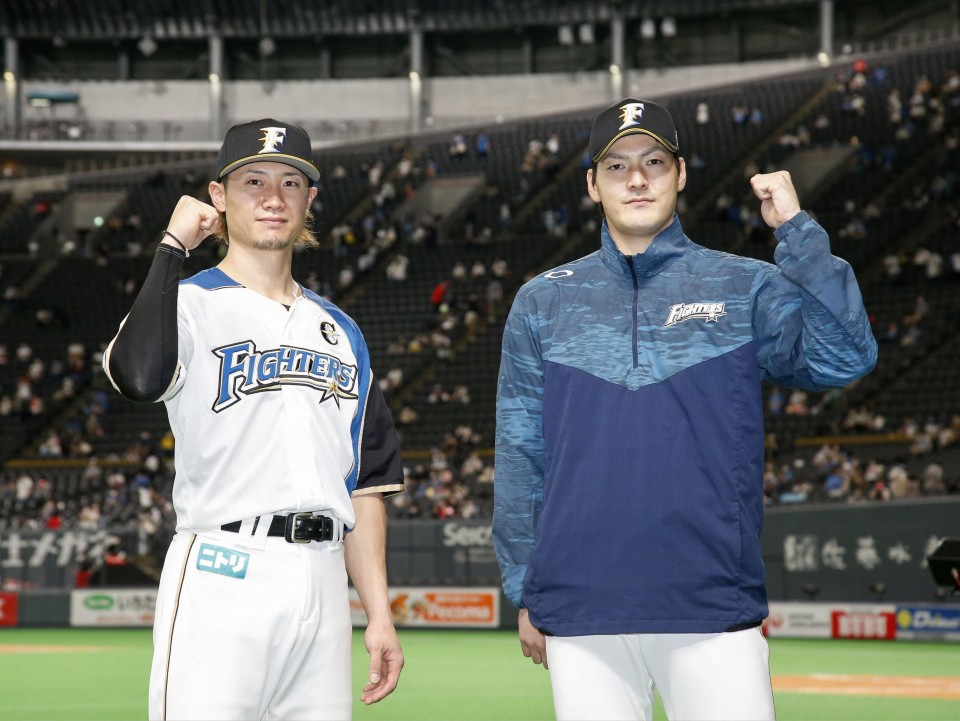 Nippon Ham Fighters pitcher Kohei Arihara (R) poses alongside outfielder Haruki Nishikawa on Sept. 5, 2020, after leading the team to a win over the Seibu Lions at Sapporo Dome. (Kyodo) )

Arihara joined the Fighters out of Waseda University in 2015 as a top draft pick and earned rookie of the year honors with eight wins and six losses.

The Hiroshima native led the PL in wins for the first time in 2019 after going a career-best 15-8. He went 8-9 with a 3.46 ERA in 20 games this past season for the Sapporo-based Fighters, who finished fifth in the six-team PL.

The Rangers, previously home to Japanese pitchers Yu Darvish and Koji Uehara, finished bottom of the American League West with 22 wins and 38 losses in this year's abbreviated major league season.