Chicago Cubs right-hander Yu Darvish was named by Major League Baseball as one of the five starting pitchers on the All-MLB first team on Wednesday after missing out on the National League Cy Young Award last month.

Darvish was dominant in the 60-game season, his eight wins tied for first in baseball with the Cleveland Indians' Shane Bieber and his 2.01 ERA ranked fourth. The 34-year-old Japanese finished second to the Cincinnati Reds' Trevor Bauer in balloting for the NL Cy Young.

This is the second year for All-MLB first and second teams, instituted by the league, to recognize the top individual performances by players each season. No Japanese players were selected in 2019. 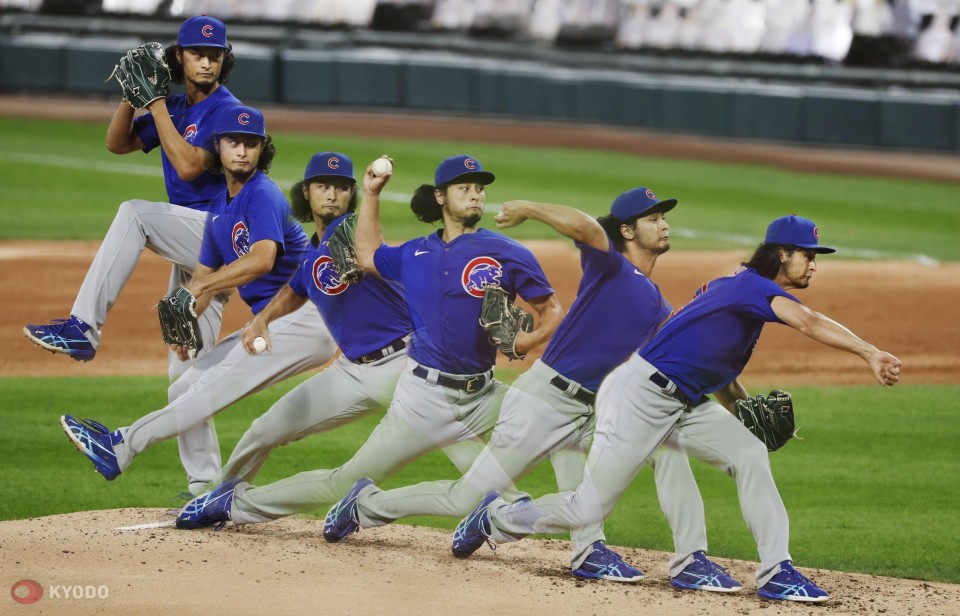 Composite photo shows Yu Darvish of the Chicago Cubs pitching during a game against the Chicago White Sox in Chicago on Sept. 25, 2020. (Kyodo) ==Kyodo

A panel of baseball media members makes up 50 percent of the voting, with fans accounting for the other half.

Minnesota Twins starter Kenta Maeda, who finished with a 6-1 record and a 2.70 ERA that ranks fifth in the American League, was among the second-team All-MLB selections.

Maeda also finished runner-up for the Cy Young Award in the AL.