All snow-stuck vehicles on Japan expressway cleared after 2 days

Hundreds of vehicles that had remained stranded on a long stretch of expressway north of Tokyo due to heavy snow were cleared by late Friday, according to the road's operator, as efforts continued to rescue drivers two days after the congestion first formed.

Snowplows were deployed on hard-hit sections of the Kanetsu Expressway, which connects Tokyo and Niigata Prefecture on the Sea of Japan coast. Members of the Ground Self-Defense Force and others shoveled snow accumulated on the road, where as many as 2,100 vehicles had been stranded. 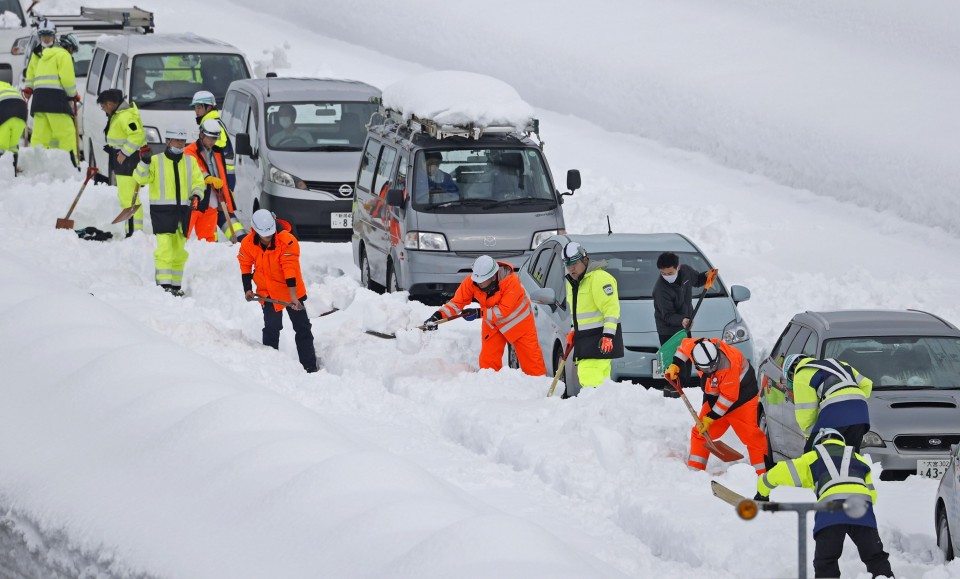 Vehicles are stranded on the snow-covered Kanetsu Expressway in Minamiuonuma in Niigata Prefecture, northwest of Tokyo, on Dec. 18, 2020. (Kyodo) ==Kyodo

As of 7 p.m., about 260 vehicles had remained stuck in the prefecture in the lane bound for Tokyo, according to East Nippon Expressway Co.

The opposite lane also experienced gridlock but that was cleared by Friday morning.

"I hardly slept, and I was worried because I had absolutely no information (about the situation)," said a 48-year-old man who was driving to his home near the capital from Niigata Prefecture.

The congestion began around 6 p.m. Wednesday after a large vehicle became stranded near the Shiozawa Ishiuchi Service Area in the lane bound for Tokyo.

The operator on Thursday said as many as 1,100 vehicles were still stuck on the expressway. It then said Friday that only around 70 cars remained, but retracted the number hours later, saying it had not properly counted all vehicles. It later said about 1,000 cars were stranded as of 10 a.m.

"It is regrettable that (the operator) failed to gather accurate information and that it made a large upward correction," said Chief Cabinet Secretary Katsunobu Kato, the government's top spokesman.

In a press conference in the evening, Toru Obata, East Nippon Expressway president, said some people were taken to hospitals after feeling unwell, while apologizing to those who remained stranded.

"We could not have foreseen record levels of snowfall," he said.

Food, fuel, blankets and portable toilets were distributed to drivers of stuck vehicles.

Some vehicles were caught in the snow on the expressway between Niigata and Gunma prefectures on Wednesday night. The number of stranded cars increased through Thursday as heavy snow continued to fall.

Many people were forced to stay in their vehicles overnight as the year's most intense cold spell, which began Wednesday, continued to disrupt road and train services.

According to the police and expressway operator, the line of cars stretched up to 16.5 kilometers at one point Thursday.

The Niigata Local Meteorological Office has forecast that heavy snow will continue to fall throughout the weekend in the affected region and warned drivers to be prepared for possible further traffic disruptions. 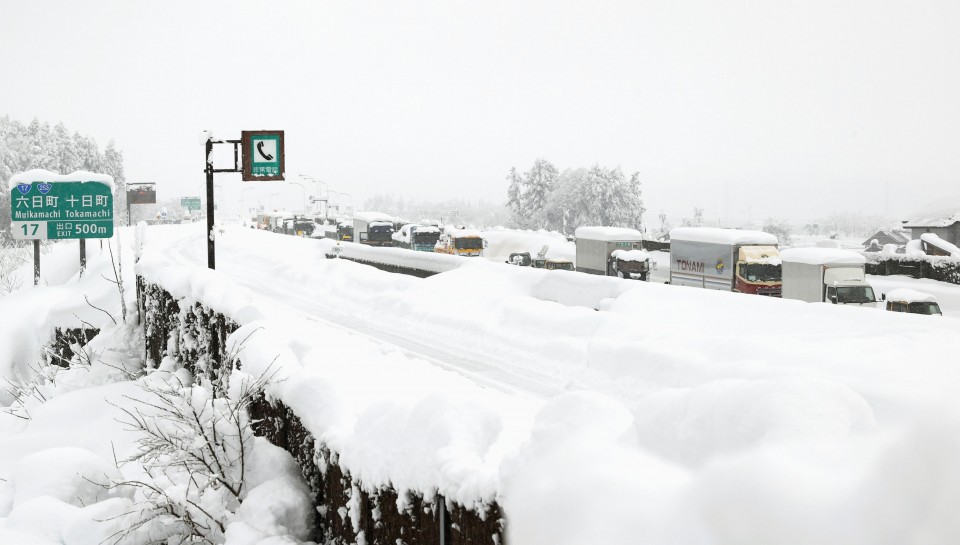 Vehicles are stranded on the snow-covered Kanetsu expressway in Minamiuonuma in Niigata Prefecture, northwest of Tokyo, on Dec. 18, 2020. (Kyodo) ==Kyodo 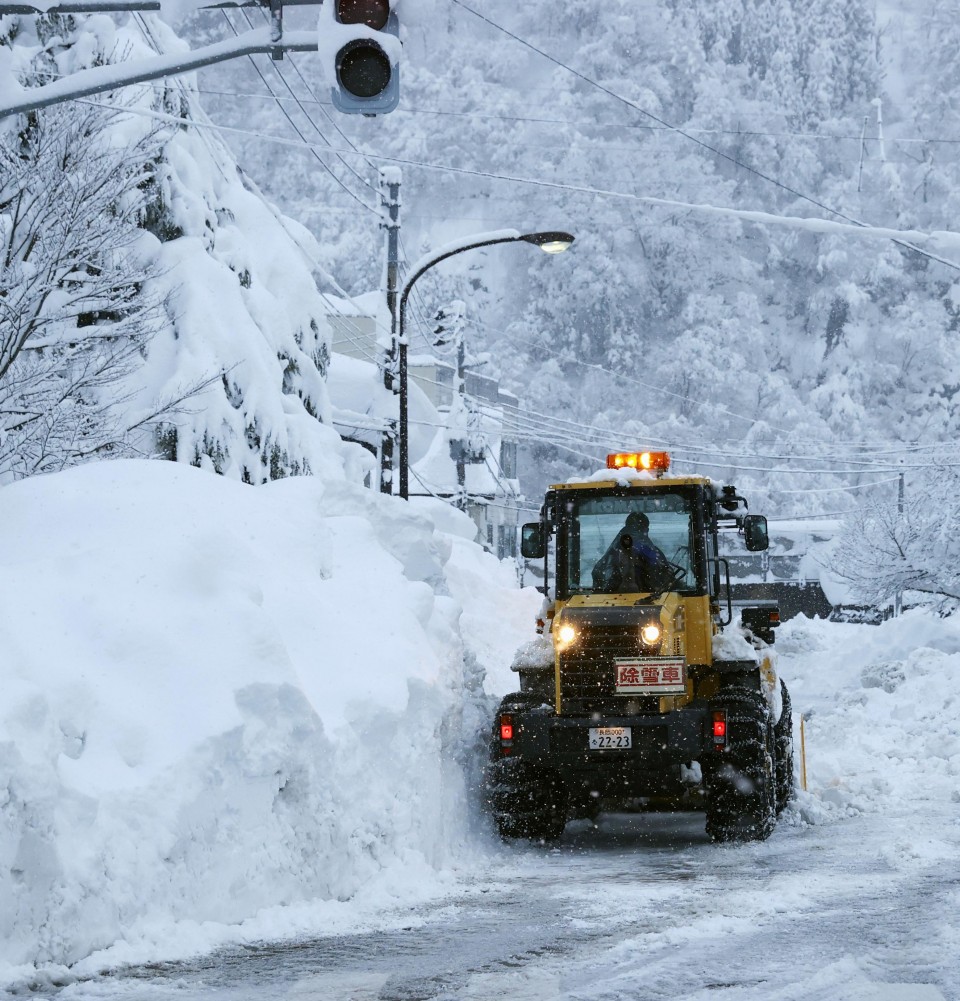