The annual Sapporo Snow Festival, one of Japan's biggest winter events held in the northernmost main island of Hokkaido around February, will be canceled for the first time since its inception in 1950 amid a surge in novel coronavirus infections, its organizers said Monday.

The festival, which usually features large snow and ice statues in the city center, will instead focus on disseminating online historical information about the event as well as the city's winter charms. The boulevard currently decorated with Christmas lights will be lit up for an extended period of time, according to the organizers. 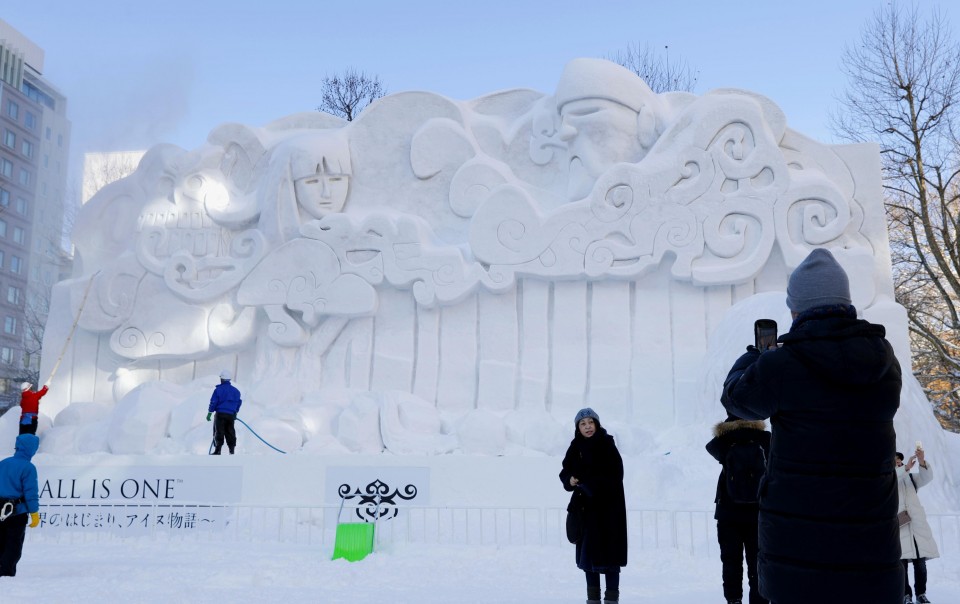 "It's a shame, but it's an unavoidable (decision) in light of the situation," they said.

Although the festival was held this year from Feb. 4 to 11 attendance plunged by around 710,000 compared with last year to 2.02 million in the wake of bans imposed by the Chinese government on group travel overseas amid the coronavirus pandemic.