The Japan International Cooperation Agency on Monday launched an organization to provide better support for foreign workers in Japan as part of its goal of resolving the societal issues they face by 2030.

The body, called the Japan Platform for Migrant Workers toward a Responsible and Inclusive Society, was established with the Global Alliance for Sustainable Supply Chains -- a nongovernmental body that focuses on human rights issues.

At an event held Monday in Tokyo to mark its establishment, keynote speeches were given by journalist Akira Ikegami and Phi Hoa, the CEO of One-Value Inc., a company providing employment support for Vietnamese and other foreign workers. 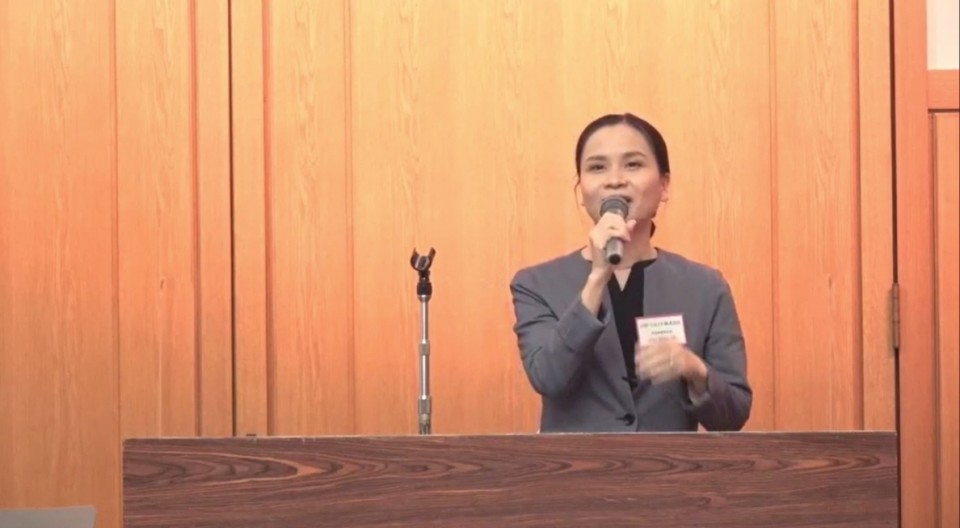 Screenshot image shows Phi Hoa, the CEO of One-Value Inc. giving a keynote speech at the event marking the launch of the new support body for foreign workers on Nov. 16, 2020. (Kyodo)

Ikegami spoke on the current state of Japan's acceptance of foreign workers, while Hoa shed some light on the perspective of the Vietnamese community.

"If Japan doesn't improve its appeal, highly-skilled workers won't come," Hoa said as she touched on barriers such as the "closed" and rigid nature of Japanese society.

The newly-formed organization will seek to make Japan a more attractive choice for foreigners amid the country's acute labor shortage by strengthening communication, proposing initiatives for reform, and conveying information about Japan domestically and abroad.

Formally established with an advisory group, it has 41 group members, such as Seven & i Holdings Co. and SoftBank Corp., and 12 individual members as of Nov. 12.

According to the organization's roadmap, it will operate as a voluntary organization in the first two years after its launch as it recruits members and facilitates discussion on various issues.

It aims to produce tangible results from 2023, with the aim of resolving all human rights and social issues faced by foreign workers in Japan by 2030.

The event wrapped up with a one-hour panel discussion on actions that should be taken to make Japan more appealing for foreign workers, whose number totaled some 1.66 million as of January 2020. 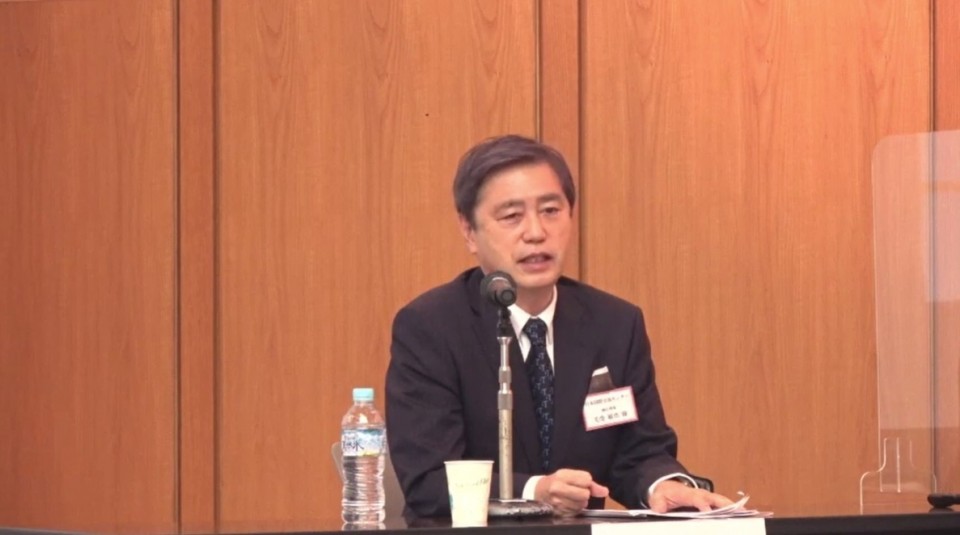 Screenshot image shows Toshihiro Menju, managing director and chief program officer at the Japan Center for International Exchange, in a panel discussion at the event marking the launch of the new support body for foreign workers on Nov. 16, 2020. (Kyodo)

"There are many points of view -- from companies, local governments, and non-profit organizations. But if foreigners aren't working, Japan can't operate. That's the reality," said Menju.

"I'm grateful this platform has been established so we can think of a win-win way to enable (foreigners) to settle and work here," he said.