Sixty-four Vietnamese trainee nurses arrived in Japan on Monday after an approximately six-month delay due to the novel coronavirus pandemic, the Foreign Ministry said, with a further 167 set to follow later this week.

The trainees' arrival, under a bilateral agreement that took effect in 2012, comes as Japan and Vietnam have agreed to ease border restrictions provided travelers take sufficient coronavirus transmission-related safeguard measures. 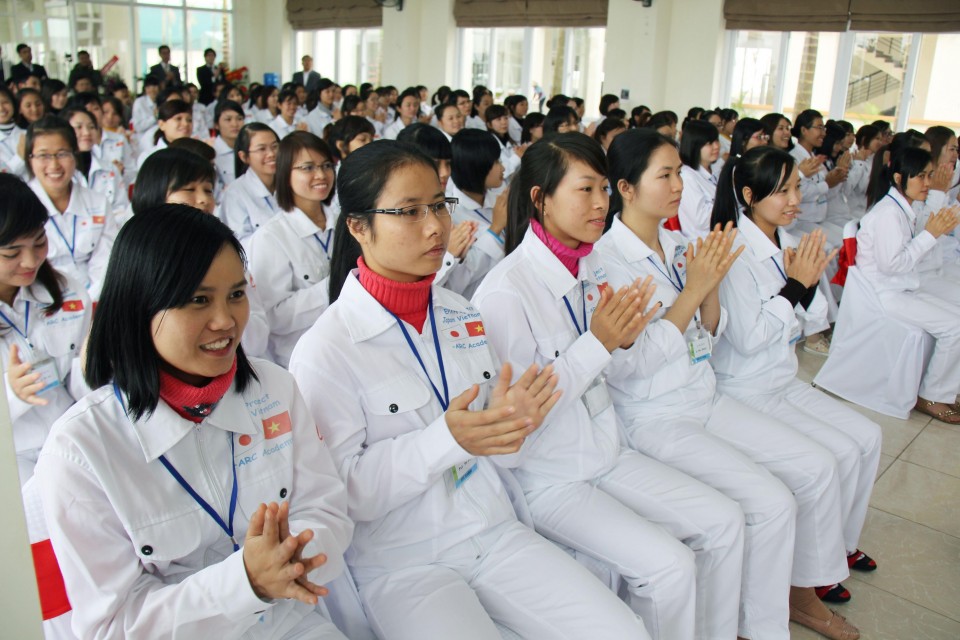 Photo taken on Nov. 28, 2012 shows Vietnamese nurses and caregivers at the opening ceremony for their Japanese language training in a suburb of Hanoi.

Despite the coronavirus pandemic proving a major disruption to international travel, Japan is also in negotiations with Indonesia and the Philippines to expedite the candidate health workers' arrival, a ministry official said.

The frameworks were agreed as Japan is seeking to use foreign workers to bolster its nursing sector ranks, with the nation suffering labor shortages due largely to its shrinking birthrate and aging population.

Approximately 6,400 people visited Japan from the three Southeast Asian countries in order to take the annual exam as of August 2019, according to the Ministry of Health, Labor and Welfare.