The Japan International Cooperation Agency said Wednesday it will launch an organization next month to provide comprehensive support for foreign workers in Japan to improve their working and living environments.

The organization will be established on Nov. 16 jointly with the Global Alliance for Sustainable Supply Chain -- a nongovernmental body that focuses on human rights issues -- to address issues faced by foreign workers, JICA said in an online press briefing. 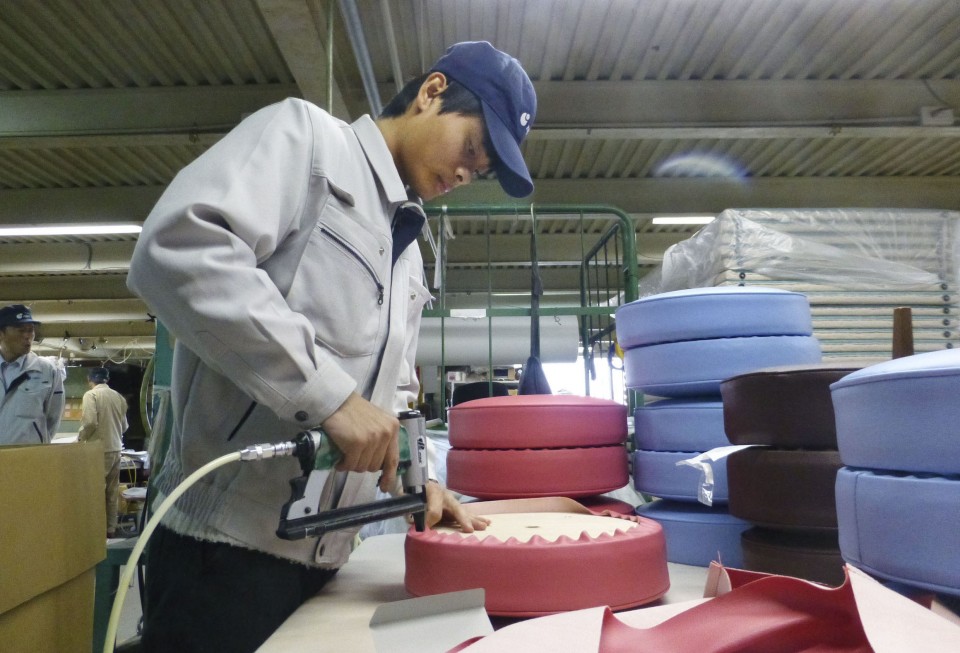 A Vietnamese trainee works at a factory in Okazaki, Aichi Prefecture. (Kyodo)

The body, called the Japan Platform for Migrant Workers toward Responsible and Inclusive Society, will seek to make Japan a more attractive choice for foreigners amid the country's acute labor shortage by strengthening communication, proposing initiatives for reform, and conveying information within Japan and abroad.

Toyota Motor Corp. and Ajinomoto Co. are among the companies which have also joined the body.

Japan created a new visa system on April 1, 2019, in an effort to attract more blue-collar workers from abroad, marking a major policy shift from its traditionally strict immigration rules.

The number of foreign residents of Japan holding the new skilled worker visa totaled 1,621 as of Dec. 31, up more than sevenfold from the end of September but short of 47,550 the government had expected in the first year, according to the immigration agency.

Still, the Japanese government has faced criticism over the treatment of foreigners who come from developing countries to serve as technical interns, with human rights violations of such laborers highlighted in recent years.

Thousands have fled from the program to date, according to the Justice Ministry, likely due to low wages and long working hours.

JICA hopes the new organization will help create a model that will not only entice more foreign labor, but also contribute to developing the countries from which the workers hail.

More than half of the approximately 1.66 million foreign workers in Japan come from developing countries, and the organization expects that the workers will be able to put their learned skills to use when they return home in the future.

"If the workers who come are satisfied (with their experience), they will want to return to Japan, and if we gain a high reputation we can expect a large increase in workers, which will also benefit Japan," Kenichi Shishido of JICA said in the press briefing.