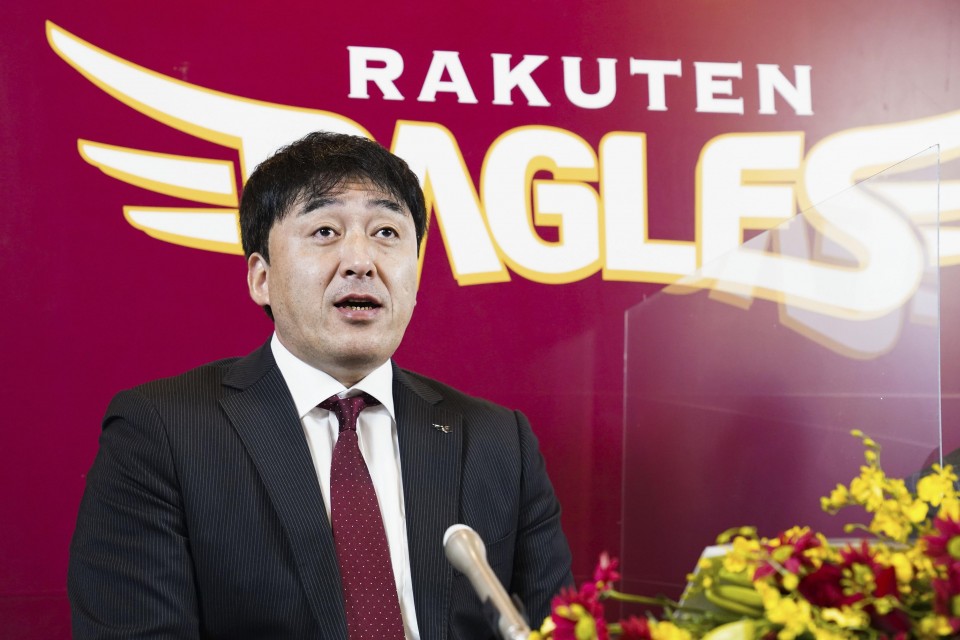 Ishii, 47, replaces first-year skipper Hajime Miki, who will return to his role as Rakuten's farm team manager. Under Miki, 43, the Eagles finished fourth in the Pacific League and missed the playoffs for the second straight year.

"My mission has been to make this a winning team since I became the GM," said Ishii, who took on the role in September 2018. "I've always thought it's important to build a solid team. That stance won't change even after becoming manager."

Baseball: Ex-MLB pitcher Iwakuma to retire at end of season

Ishii started his career in 1992 with the Yakult Swallows and helped the Central League club win the Japan Series four times over 10 seasons. He moved to Major League Baseball in 2002 and collected 39 wins over four seasons spent with the Los Angeles Dodgers and New York Mets.

The left-hander returned to Yakult in 2006 and pitched the final six years of his career with the Seibu Lions before hanging up his glove in 2013.

Ishii went 143-103 with a 3.63 ERA in Nippon Professional Baseball and recorded 182 wins across his career in Japan and the majors.