Baseball: Ex-MLB pitcher Iwakuma to retire at end of season

Yomiuri Giants pitcher Hisashi Iwakuma, who has a combined 170 wins over his career in Japan and the major leagues, plans to retire at the end of the season, his club announced Monday.

Iwakuma returned to Nippon Professional Baseball in 2019 after six years with the Seattle Mariners but has yet to pitch for the Giants' top team due to lingering shoulder issues following a 2017 surgery that derailed his career in the majors. 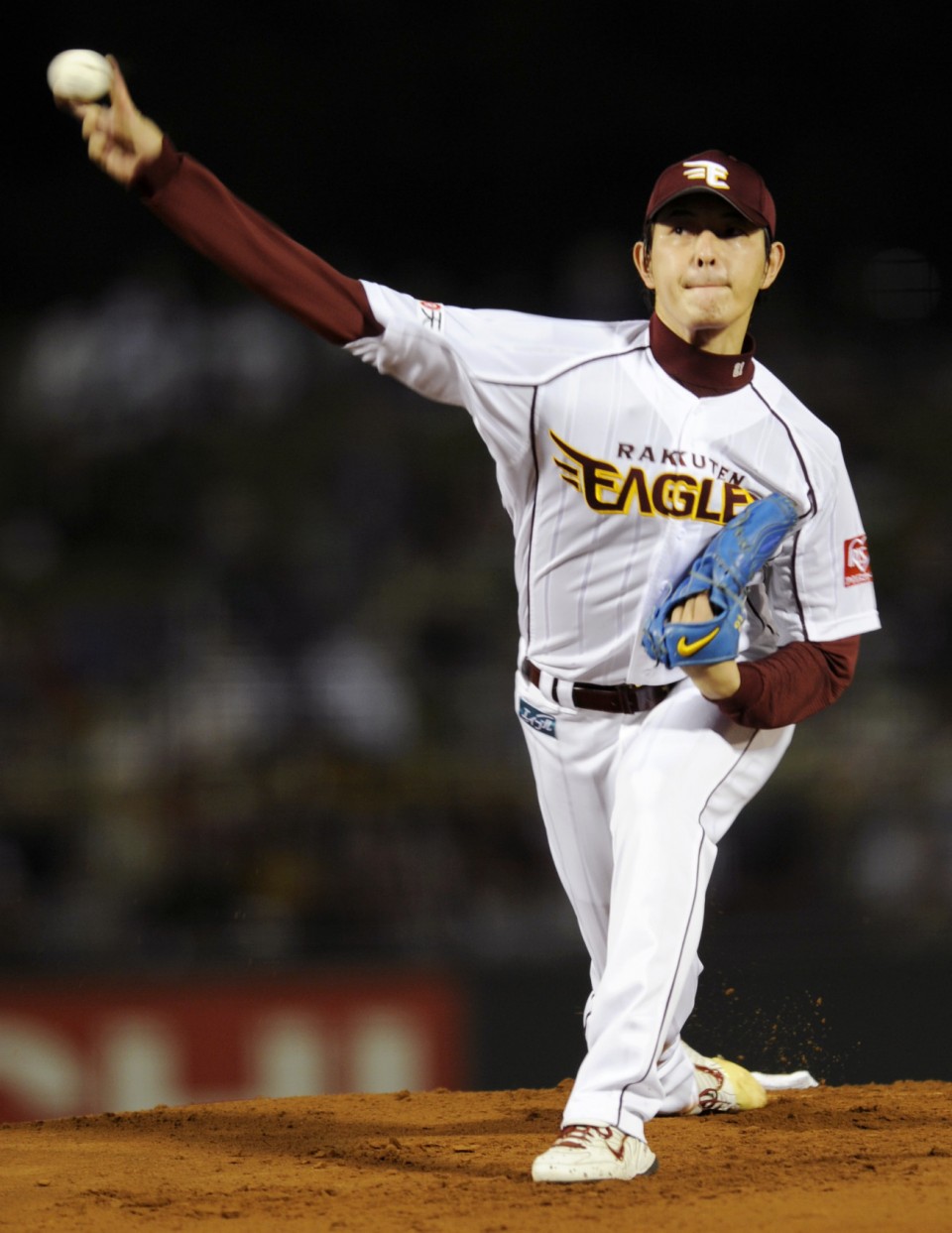 File photo taken in October 2008 shows Hisashi Iwakuma of the Rakuten Eagles pitching against the SoftBank Hawks en route to his 21st win of the season. Iwakuma, who threw a no-hitter in 2015 when he was with the Seattle Mariners, plans to retire at the end of the 2020 season in Japan with the Yomiuri Giants. (Kyodo)

The 39-year-old plans to speak at a press conference on Friday.

Before going overseas, Iwakuma had a standout career with the Kintetsu Buffaloes, now the Orix Buffaloes, and Rakuten Eagles, going 107-69 with a 3.25 ERA in 226 games between 2001 and 2011.

In 2008, the right-hander was named the Pacific League MVP for earning 21 wins and was given the Sawamura Award as Japan's most outstanding starting pitcher.

Iwakuma joined the Mariners in 2012 and racked up 63 wins over his time with the club including a no-hitter in 2015. He spent the entire 2018 season in the minors following shoulder surgery and was acquired by the Giants in the offseason after turning down a coaching role with Seattle.