Japan will aim for a 35 percent quota for female parliamentary candidates by 2025, Cabinet Office officials have said, hoping that setting a concrete target will advance gender equality in the political realm. 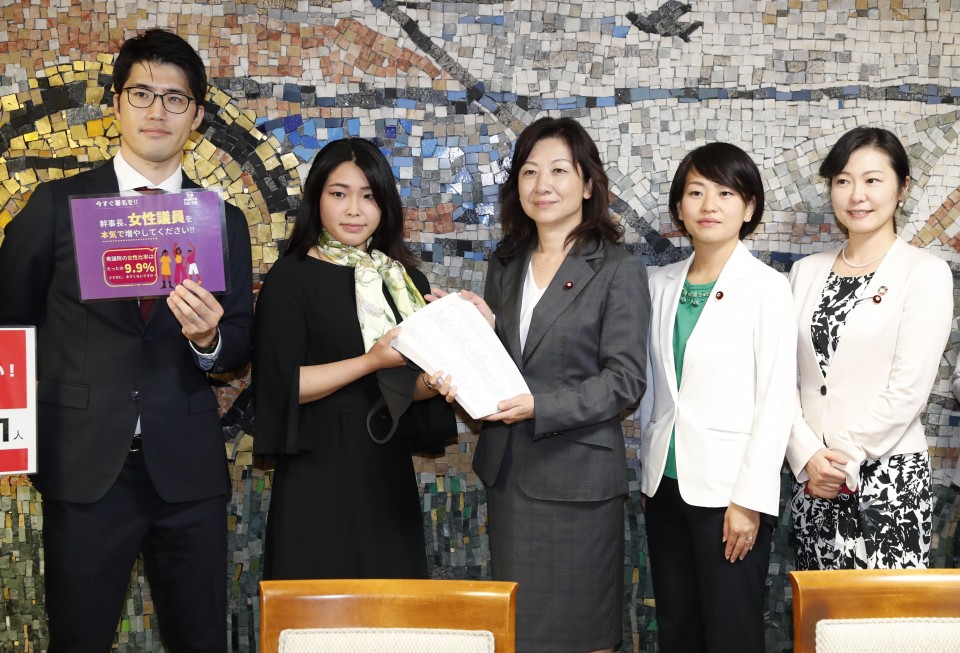 Japan, which lags on the global stage in terms of gender equality and parity, aims to significantly increase female representation among lawmakers and civil servants, as well in managerial positions in private businesses, among others, in a plan Prime Minister Yoshihide Suga's Cabinet will approve in December to revise the current goals.

Only 17.8 percent of candidates for the House of Representatives were women in the most recent elections in 2017. Although the election in 2019 for the House of Councillors fared slightly better, with female candidates making up 28.1 percent, it still fell below the 35 percent goal laid out in the newly revised plan.

As of October, 46 out of a total of 465 lawmakers, or 9.9 percent, in Japan's lower chamber were women, ranking 167 out of 190 countries in female representation, according to the Geneva-based Inter-Parliamentary Union.

Local elections, in which women currently account for just 16.0 percent of candidates, will also set a 35 percent female quota out of those running for local assemblies.

Although the government set a goal in 2003 to fill around 30 percent of leadership positions with women by 2020, the target was abandoned after it was sidelined by other political and economic initiatives.

It was revised with a mandate of fulfilling the numbers "as soon as possible within the 2020s."