A senior Liberal Democratic Party lawmaker has urged her party to squarely face the lack of female presence in Japanese politics, saying the country's democracy will remain biased without a significantly higher number of women involved in decision-making at both the parliament and local assembly levels.

Former Defense Minister Tomomi Inada, who has made no secret about her aim of becoming prime minister, asserted that women are hardly represented in the Diet even though they make up half of the population and 40 percent of the LDP membership. 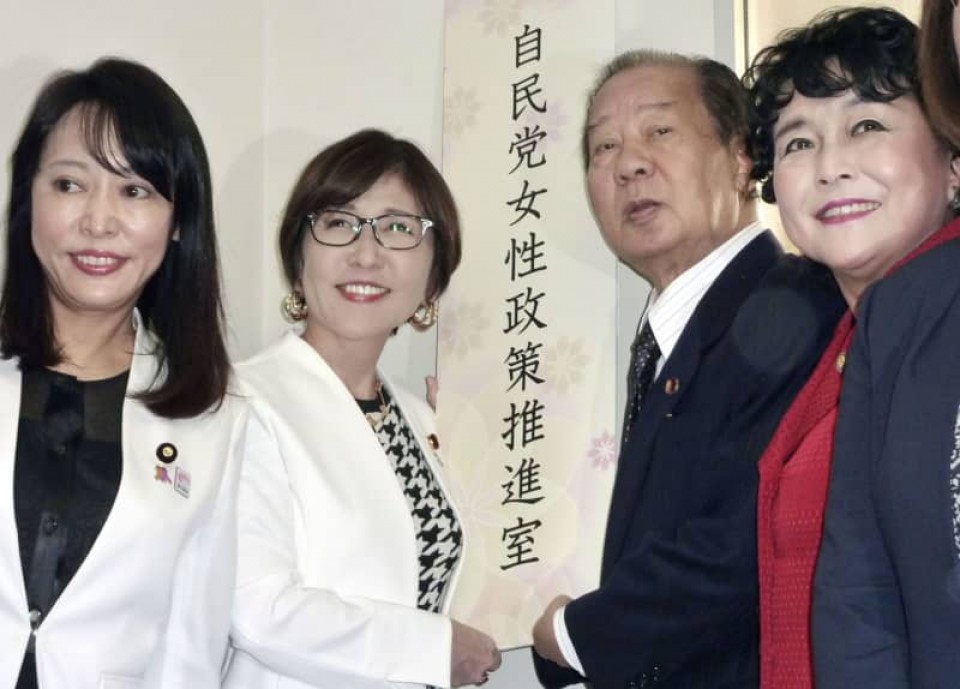 "If women do not have a place to discuss policies they want to see enacted, Japan's democracy cannot help but be biased," she said at a recent press conference in Tokyo.

Inada herself has faced hurdles -- first in turning from a lawyer to become a politician and most recently, in running for LDP leadership. Yoshihide Suga won the LDP presidency with the backing of the majority of LDP factions and replaced Shinzo Abe, who stepped down due to health reasons.

"I saw faction politics suddenly taking center stage during the presidential race...but I found it quite peculiar that Mr. Suga, who belongs to no faction, was elected through the power of factions," Inada said.

Her faction, the biggest in the LDP that has deep ties with Abe, discouraged her by backing Suga, then the chief Cabinet secretary under Abe.

During the LDP leadership race, a group of female lawmakers including Inada proposed to Suga and two other candidates that the winner place more women in the Cabinet and key party posts. Suga, however, only appointed two women to his Cabinet.

"Seeing just two in the Cabinet, I was disappointed, realizing (the proposals) were not taken very seriously," she said.

Given the LDP's stable rule and no strong opposition force present, Inada said Japan may only get a female prime minister "when the LDP holds a sense of critical urgency to better Japanese democracy."

Tokyo Gov. Yuriko Koike, 68, was the LDP's first-ever female candidate in the 2008 presidential election, but there has been no one to follow.

Japan ranked 121st in the World Economic Forum's ranking on gender equality among 153 countries surveyed last year, and its percentage of female lawmakers in the House of Representatives stood at 9.9 percent in August.

"In order to enhance Japanese democracy and ensure Japan a bright future, I want to create a society in which women have more of a voice in politics," Inada said.

"I'd like to realize a free democratic and diverse political landscape that even in Japan, women aim to become prime ministers and girls who see them aim to become politicians," she said.