Thai Prime Minister Prayut Chan-o-cha said Wednesday he is prepared to lift the state of emergency declared last week to quell student-led pro-democracy demonstrations as a show of good faith and provided there is no more violence.

But representatives of around 10,000 protesters demonstrating later in the evening gave Prayut three days to resign or they would return to the streets. They then dispersed.

Speaking earlier in a televised nationwide address, Prayut urged the protesters to seek solutions to their grievances through parliamentary channels and to be patient while the process plays out. He said withdrawing the state of emergency, put in place Oct. 15, is a priority for him to restore calm and order. 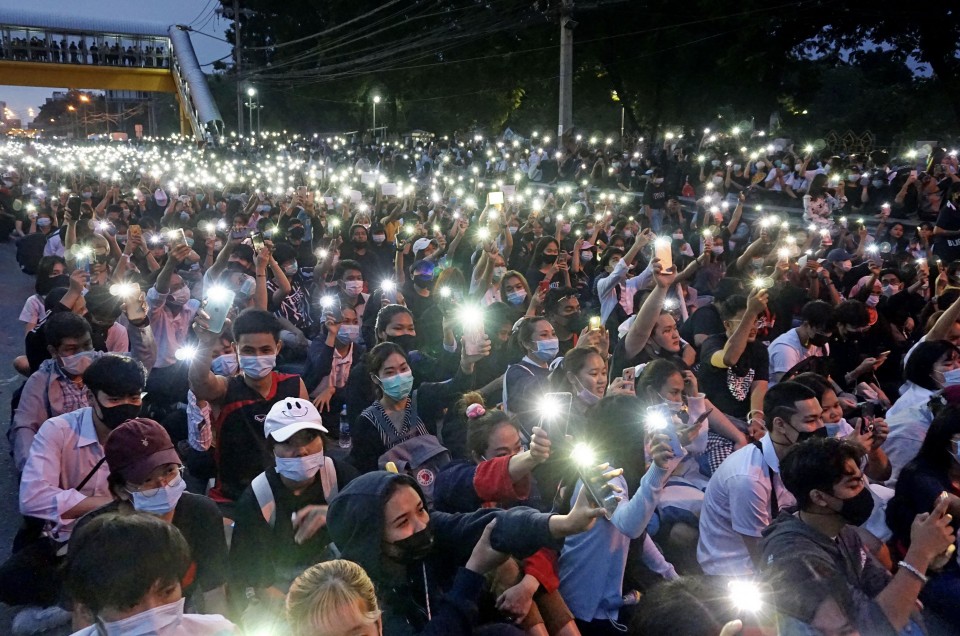 "I will make the first move to de-escalate this situation. I am currently preparing to lift the state of severe emergency in Bangkok and will do so promptly if there are no violent incidents," Prayut said.

Earlier in the day, protesters once again set out on the nearly 5-kilometer march from Victory Monument to Government House, where they repeated their demands for Prayut to resign, revoke the state of emergency and release the protest leaders, who were arrested following a mass protest last week.

Despite the emergency decree, which bans gatherings of more than four people and restricts media coverage, thousands have defied the law to participate in the sweeping pro-democracy movement taking place in the capital Bangkok and several other provinces.

In addition to calling for the prime minister to step down and the protest leaders to be released, the protesters' original demands also call for new elections, a new constitution and reform of the kingdom's historically unassailable monarchy.

Parliament will hold a special session from Monday in an effort to ease the political tensions. The extraordinary session will allow all sides to share views, build more understanding and reduce the conflict through the parliamentary mechanism, officials said.