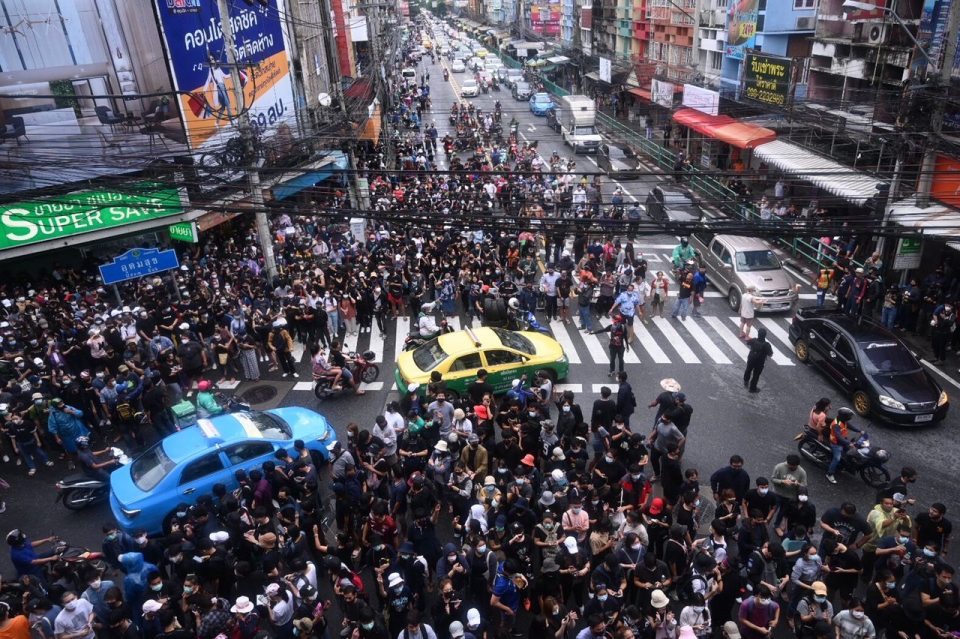 Anti-government protesters continued to defy an emergency decree on Saturday, holding rallies in Thailand's capital Bangkok for a third straight day since the measure was imposed to quell the protests.

Rather than gathering in one spot, the protesters spread out in groups and gathered at junctions and train stations, disrupting the capital's public transport network.

The largely young protesters are not just calling for political change and reforms to the monarchy but also condemning the police for having used bursts of high-pressure water to disperse them the previous night.

There were some injuries to both protesters and police officers in connection with the operation, according to medical authorities.

Some roads were also temporarily closed to prevent possible gatherings. 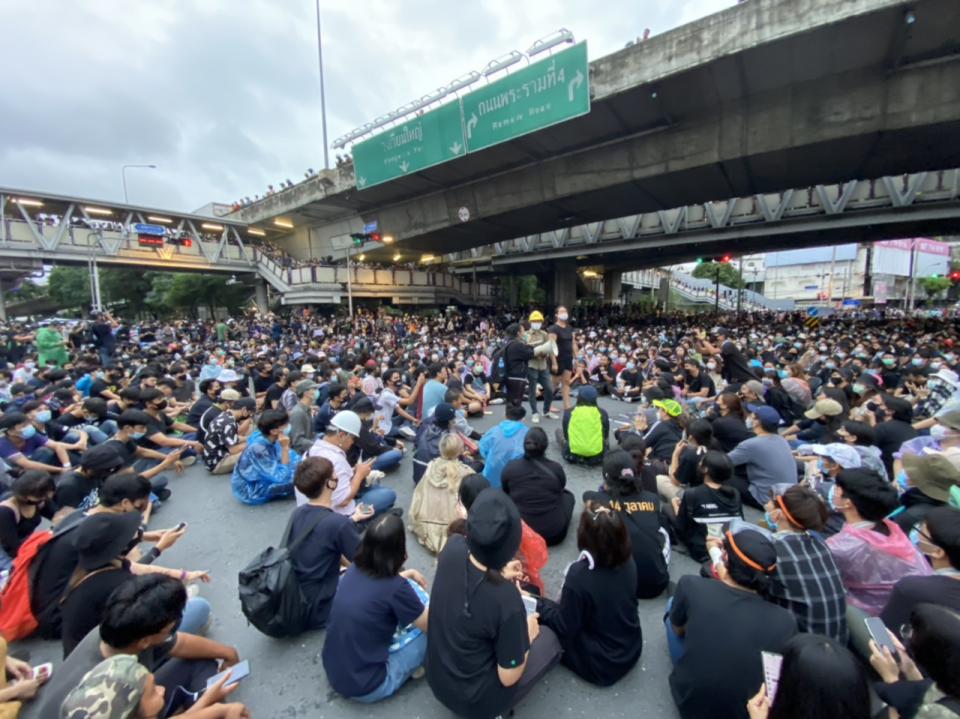 Prime Minister Prayut Chan-o-cha said Saturday the police had acted properly, in accordance with the law, and called on protesters to stop holding rallies.

"There is no defeat or victory for any particular side in this protest," the premier said, according to a government spokesman. "It is damage and the defeat of all Thais and Thailand."

The state of emergency was imposed in Bangkok early Thursday following massive protests that continued overnight, including at Government House, where the prime minister's office is located.

The government said the emergency decree was deemed necessary after serious incidents including one on Wednesday in which a royal motorcade carrying Queen Suthida was obstructed by protesters.

The decree bans gatherings of more than four people and the publication of news or online messages deemed to harm national security, stoke fear, or intentionally distort information.

The protesters are also calling on the government to free dozens of protest leaders who have been arrested.