A Japanese theme park on Thursday took the wraps off what it calls the world's first "life-size" statue of Godzilla to be installed permanently.

The replica of the fictional monster, which is supposed to be 120 meters long, is set up at the Nijigen no Mori Park on Awaji Island, Hyogo Prefecture, as if half of its body has been buried underground after an attack. 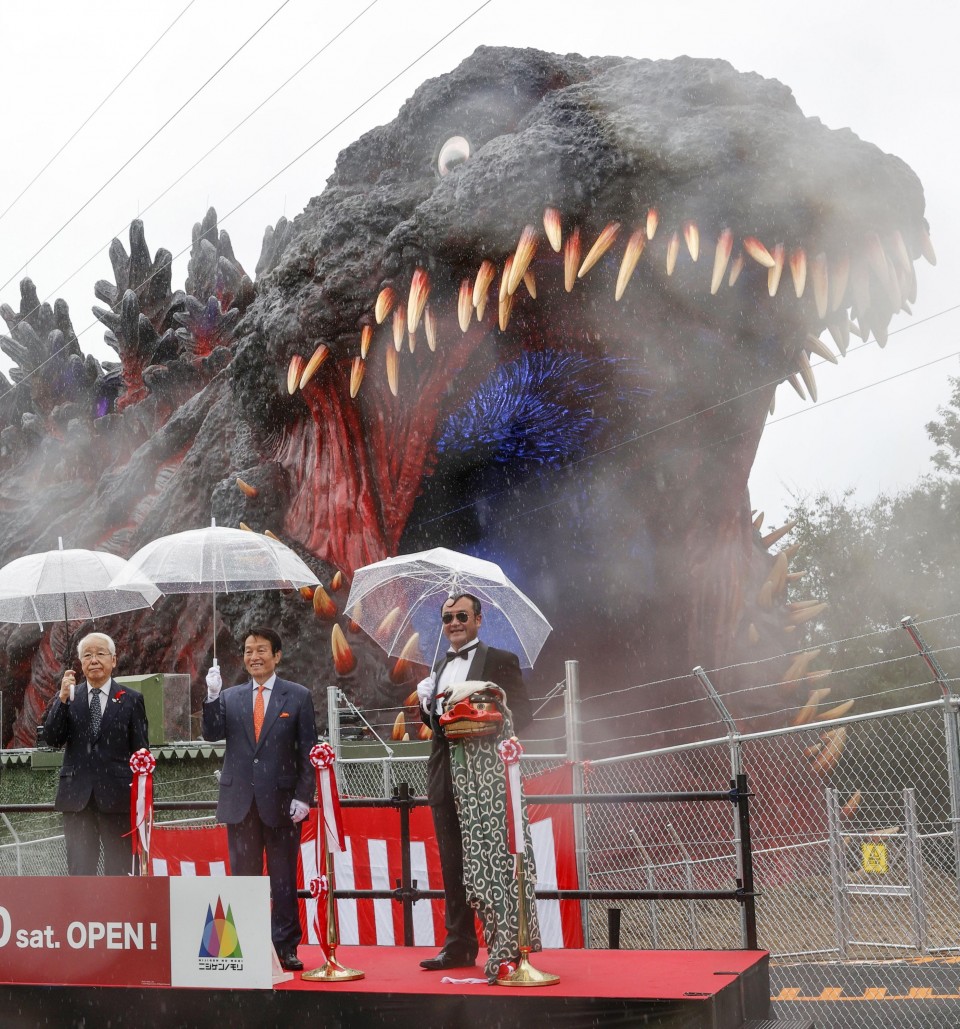 The attraction, named "Godzilla Interception Operation Awaji," was unveiled to the press two days before its opening.

Playing the role of researchers, visitors can enter Godzilla's body from its mouth, which is wide open in a roar, through a zip line, and take on "missions" to prevent it from going back into action.

The structure is about 55 meters long, 25 meters wide and 23 meters tall.

The attraction was initially due to open this summer, but it was rescheduled due to the coronavirus pandemic.

"It's the perfect weather for Godzilla -- the embodiment of a raging god -- to appear," said Yasuyuki Nambu, who heads recruitment firm Pasona, the park's operator, as he alluded to a seasonal typhoon that was approaching the island.

"We would like visitors to learn about Awaji Island through the globally renowned Godzilla," he added. The company has been moving its headquarters operations from Tokyo to the island.

Figures and dioramas used during the filming of the movie franchise will also be displayed in a museum located on the premises, while visitors can dine on "Godzilla curry," which uses the island's signature onions.

Judo: National team to be known as "Godzilla Japan"