Thousands of anti-government protesters gathered in Thailand's capital Bangkok on Wednesday, nearly a month after a similar protest, reiterating their demands for political change and reform of the monarchy.

According to Thai police, around 8,000 protesters were gathered around Government House on Wednesday evening, where they vowed to stay for at least three days. 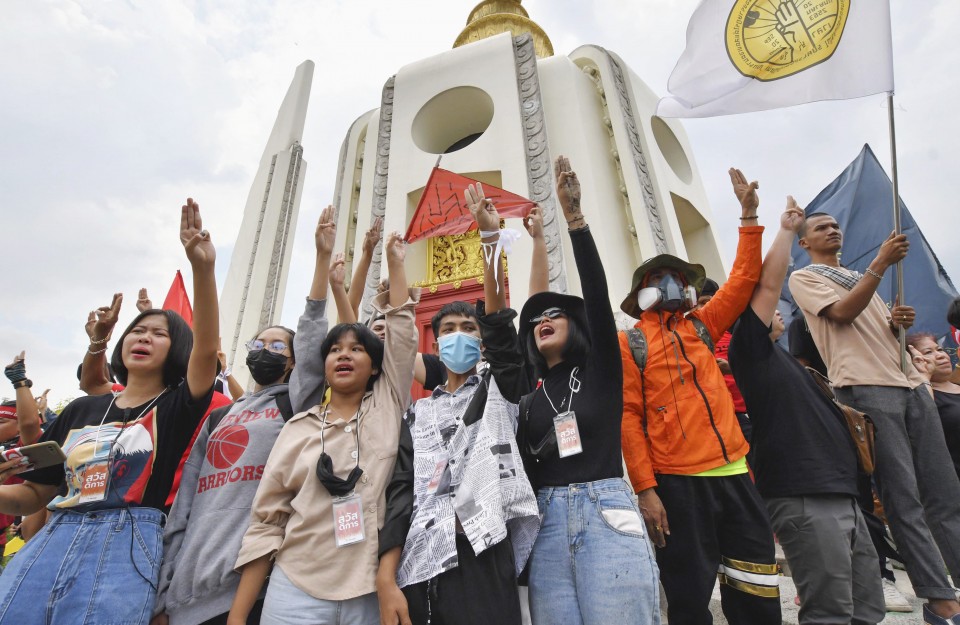 The rally, led by a student group and its allies, started earlier in the day on one of the main streets in the capital's west amid tight security and a tense atmosphere, following the arrests of nearly two dozen protesters the previous day.

The protesters in Wednesday's rally are calling for the resignation of Prime Minister Prayut Chan-o-cha, a new constitution to replace the current one written during the five-year military rule following a 2014 coup, and greater accountability from and reduced power for the monarchy.

Prayut was not at the office, while other officials and the media had left Government House earlier in the afternoon.

A motorcade of King Maha Vajiralongkorn and the royal family passed a road near the protest site, with thousands of Thais wearing yellow shirts to greet the king, calling out "Long live the king."

To monitor the protesters and prevent a potential clash with those who had come out to greet the royal family, nearly 15,000 police officers were deployed to the area.

A small clash broke out between pro-democracy protesters and people who came out to greet the king's motorcade. One person was injured before police broke up the confrontation.

The police also had to clear protesters who were blocking the procession path of the motorcade of Queen Suthida and Prince Dipangkorn Rasmijoti.

A 19-year-old student who joined the pro-democracy protest said that she wanted to see changes in politics, the economy and the system of rule in the country.

"I'm calling for ending corruption, a clear separation between bureaucrats and politicians, and no interference in politics by the monarchy," she said.

Police arrested 21 protesters on Tuesday after they sought to block a road that was later used by the royal motorcade in connection with the fourth anniversary of the death of King Bhumibol Adulyadej.

The protest was organized by the United Front of Thammasat and Demonstration, which now bills itself as Khana Ratsadon in honor of the same-name group that staged a coup in 1932 to end the country's absolute monarchy.

The previous protest held on Sept. 19-20 drew around 30,000 people, making it one of the largest protests in Thailand since the last coup. Wednesday's protest drew a smaller crowd as it was held on a weekday.

After a hiatus due to the coronavirus pandemic, anti-government protests returned to Bangkok in July in earnest.