Thailand on Tuesday extended its state of emergency for yet another month to control the spread of the coronavirus, while easing restrictions on the entry of foreigners to gradually reopen its vital tourism industry. 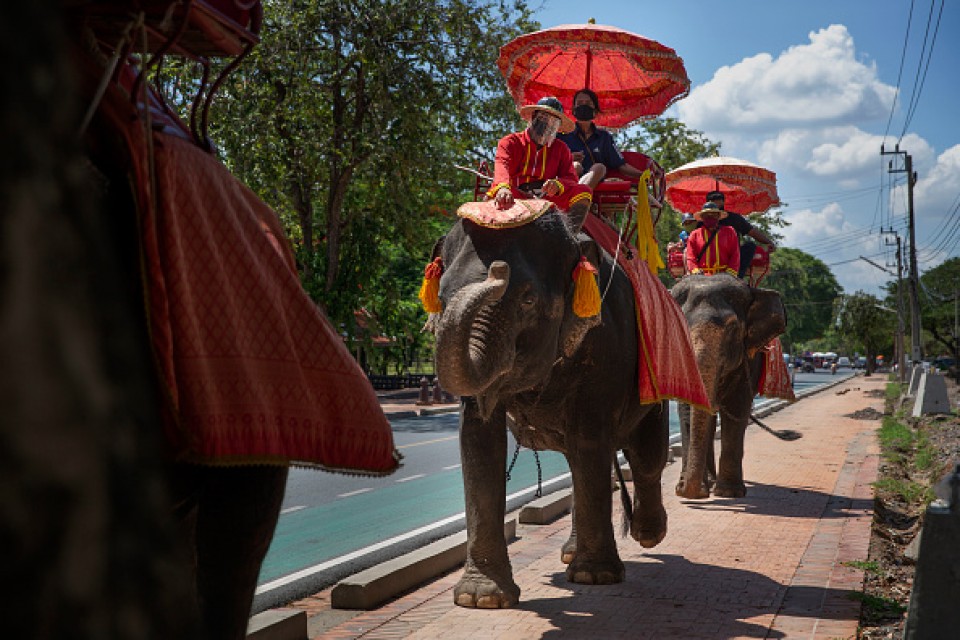 Thai tourists and elephant trainers wear face masks and shields as they ride elephants at the Ayutthaya Elephant Palace and Royal Kraal on June 6, 2020 in Ayutthaya, Thailand. (Getty/Kyodo)

Under the decree, people have been urged to stay at home and avoid gathering in groups, though anti-government rallies have been held by protesters calling for more democracy and reform of the monarchy.

International commercial passenger flights have been banned since April 4, but from Thursday, some groups of foreign travelers and business people with special visas will be allowed to enter Thailand, according to the Ministry of Tourism and Sports.

First among them will be a group of 150 tourists from Guangzhou, China, who will visit the Thai resort island of Phuket via charter flight on Oct. 8.

After that, two more groups of foreign travelers -- from China and Europe -- will arrive on Oct. 26 and Nov. 1, respectively.

Thailand has so far reported 3,559 virus cases with 59 fatalities. The last local transmission case was in mid-August.

On Tuesday, 14 new infection cases were reported. All were imported ones, including seven Thai soldiers who returned from their U.N. peacekeeping deployment to South Sudan.