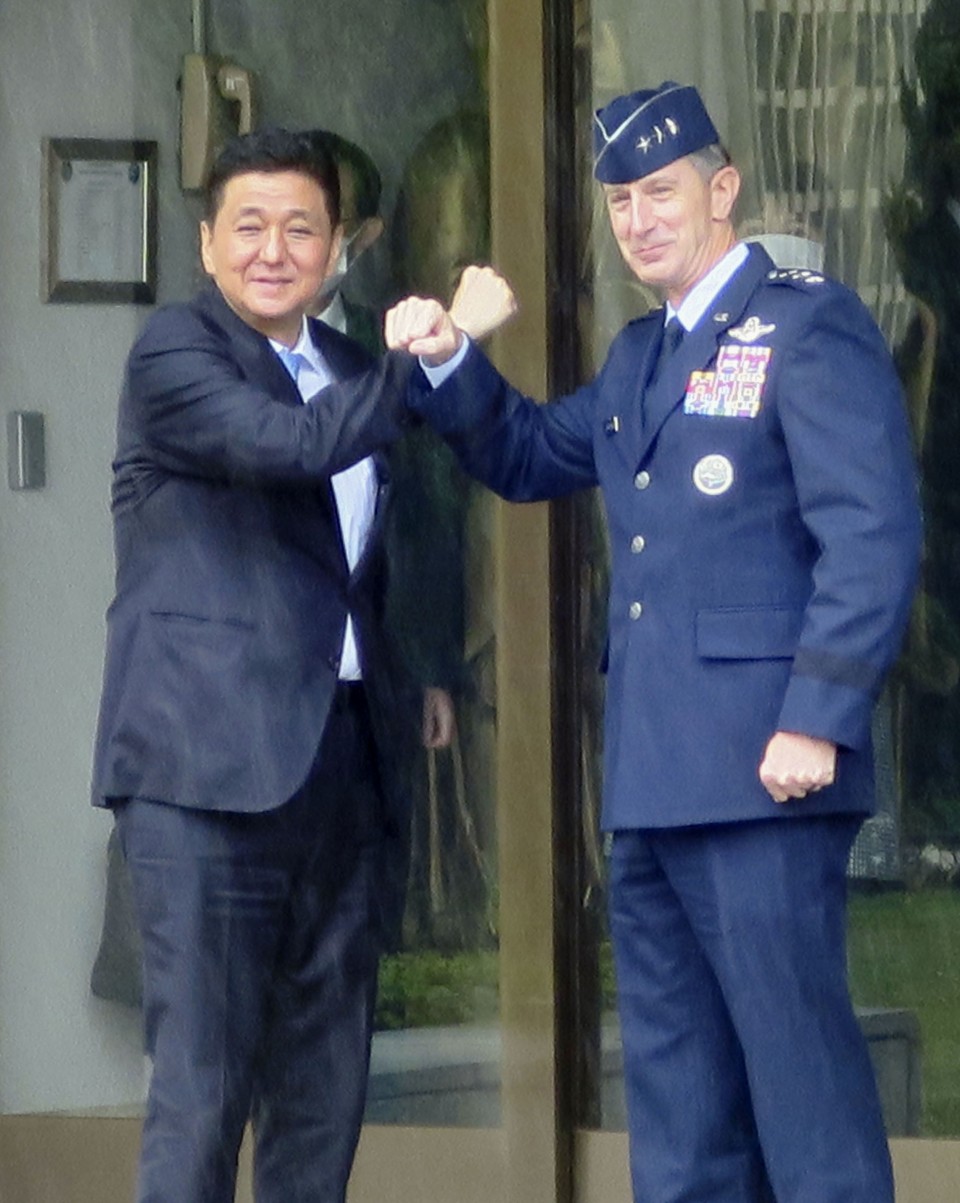 "During the discussion, the two reiterated the critical importance of the U.S.-Japan alliance to maintaining peace and security in the Indo-Pacific region," U.S. Forces Japan said in a statement.

"The two leaders reaffirmed their commitment to work together bilaterally to address common security threats," it said.

Kishi's first visit to the base in western Tokyo after taking office last month came days after foreign ministers of the two countries plus those of Australia and India reaffirmed maritime security cooperation in the Indo-Pacific region in a Tokyo meeting.

The defense chief also inspected the Air Self-Defense Force's Air Defense Command Headquarters, which is located in Yokota and in charge of missile defense operations, to check the country's airspace monitoring system, including how to respond to North Korean ballistic missiles.

Kishi and Schneider also reaffirmed that the ongoing project to transfer the U.S. Marine Corps Air Station Futenma within the southern island prefecture of Okinawa is "the only solution" to address safety issues posed by the base, which is located in a residential area, without undermining the deterrence provided by the Japan-U.S. security alliance.

Despite local opposition, Tokyo and Washington have long sought to relocate the base from a crowded area in Ginowan to the Henoko coastal area of Nago in accordance with a 1996 bilateral agreement.

On Wednesday, Kishi held phone talks with his U.S. counterpart Mark Esper and agreed to work closely with him to come up with an alternative to the scrapped deployment of the land-based, U.S.-developed Aegis Ashore missile interception system.