Okinawa Gov. Denny Tamaki on Wednesday asked Prime Minister Yoshihide Suga in a meeting in Tokyo to hold a dialogue to resolve the issue of the controversial relocation of a U.S. military base within the southernmost Japanese island prefecture.

The central and Okinawa governments have been locked in a political and legal battle over the state's plan to transfer the U.S. Marine Corps Air Station Futenma, located in a densely populated area in Ginowan, even though landfill work off Nago has already begun. 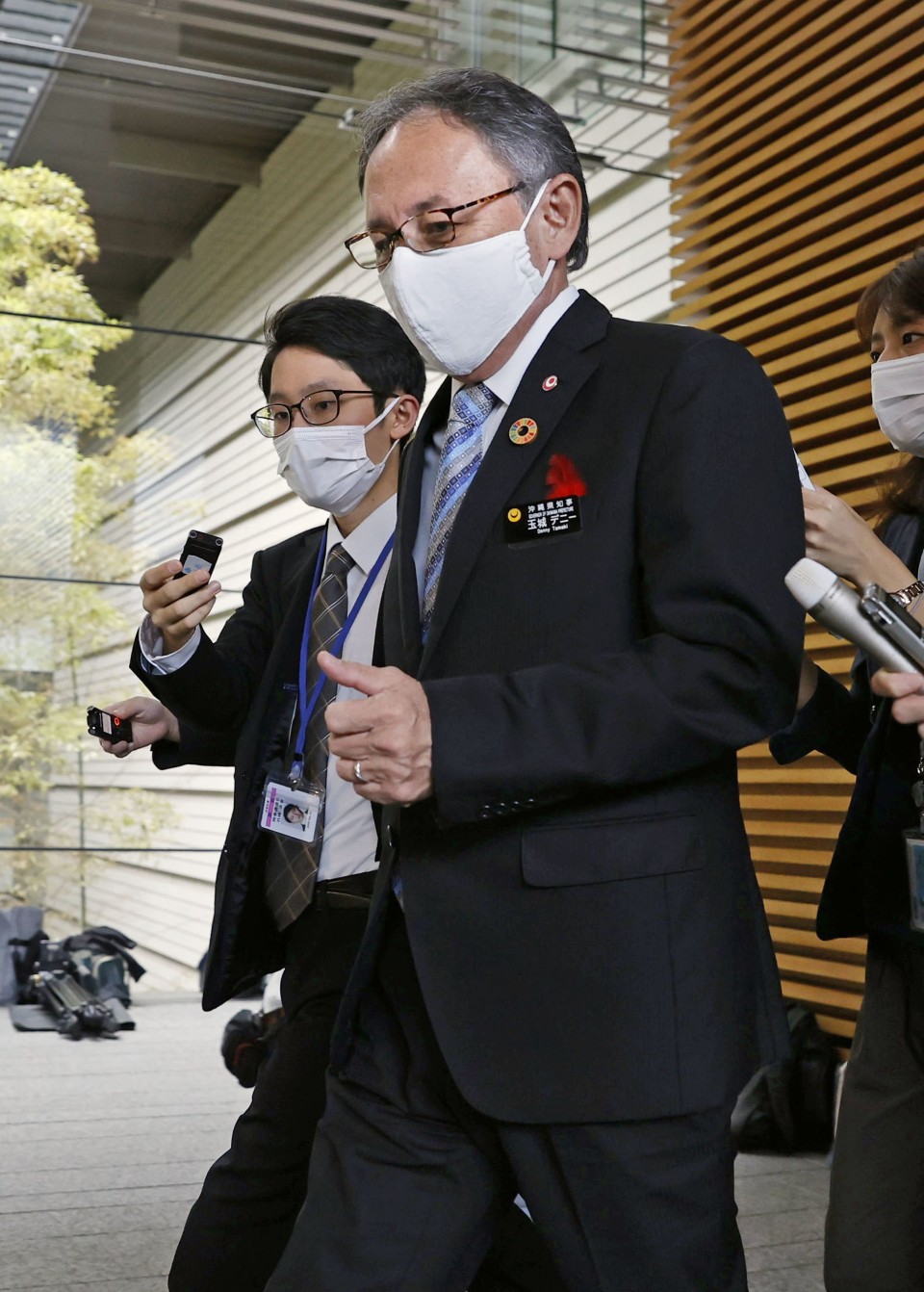 Okinawa Gov. Denny Tamaki is pictured at the prime minister's office in Tokyo after talks with Prime Minister Yoshihide Suga on Oct. 7, 2020. (Kyodo)

Tamaki said he called for the setting up of a framework for talks after he met Suga for the first time since he became prime minister last month.

Tamaki also asked for the central government's help in boosting the prefecture's economy, to which Suga responded the government will cooperate thoroughly, Tamaki said.

Okinawa, which hosts the bulk of U.S. military facilities in Japan, has persistently sought to have the base removed from the prefecture altogether.

The state has maintained that the current transfer plan is "the only solution" for eliminating the dangers posed by the Futenma base without undermining the deterrence provided by the Japan-U.S. security alliance.