Renovated sections of Tokyo Metro Co.'s Ginza Station in the capital's high-end shopping district opened to the public Friday after roughly three years of work, with new features to showcase the luxury and elegance associated with the area.

The station, served by three subway lines, features a new mosaic-like work in the concourse while images of the nearest surrounding buildings are shown on the ceilings near ticket gates, so users can find them without having to go above ground. 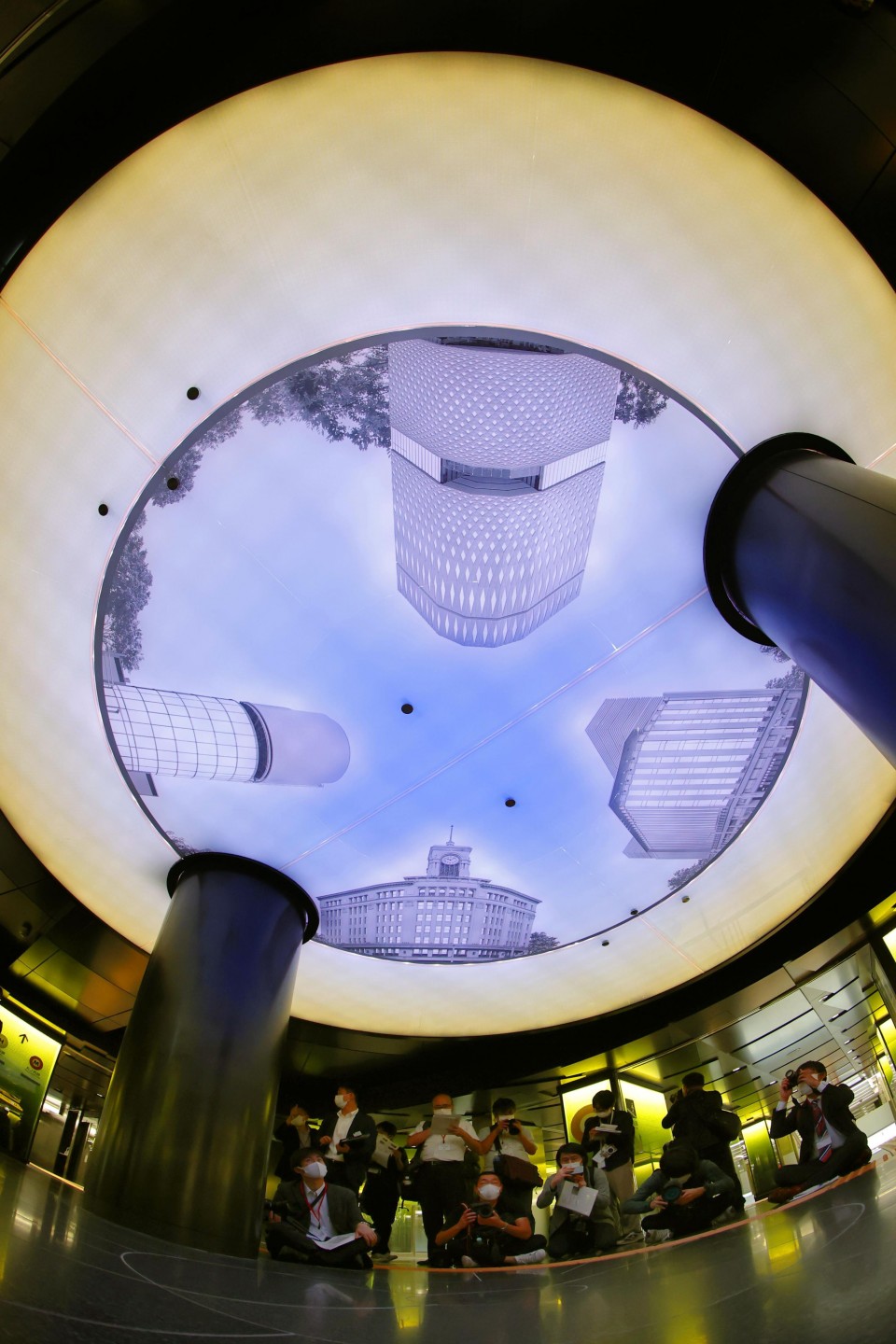 The renovation of Ginza Station began in November 2017 and cost about 22 billion yen ($200 million). It is part of a series of station renewals on the Ginza Line, which is the capital's oldest subway route and has been operating for more than 90 years.

To help travelers find their trains, the tickets gates are lit up in different colors to indicate which line is nearest, with the Ginza Line displayed in yellow, the Marunouchi Line in red and the Hibiya Line in silver.

The mosaic by Tokujin Yoshioka, who created the torch designs for the Tokyo Olympic and Paralympic Games, is an abstract work that measures roughly 1.6 meters by 3.5 meters and consists of 636 pieces of crystal glass in a hexagonal shape. 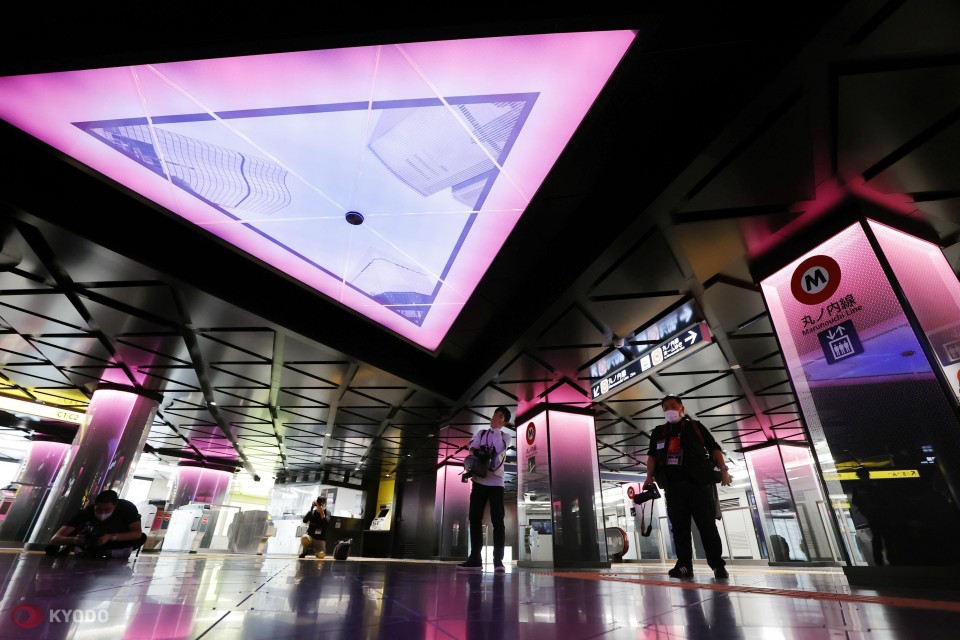 "I wanted (the work) to represent a map of the world through the irregular reflections of light. I want to introduce a bright light to the everyday lives of those who view it," Yoshioka told reporters.

The operator has also installed new elevators and barrier-free toilets to improve the user-friendliness of the busy station.

"We made efforts so the station will be used with affection even 50 years from now," a Tokyo Metro official said.

The subway operator said it has also recently completed renovations of Nihombashi, Kyobashi, Aoyama-Itchome and Gaienmae stations on the Ginza Line. 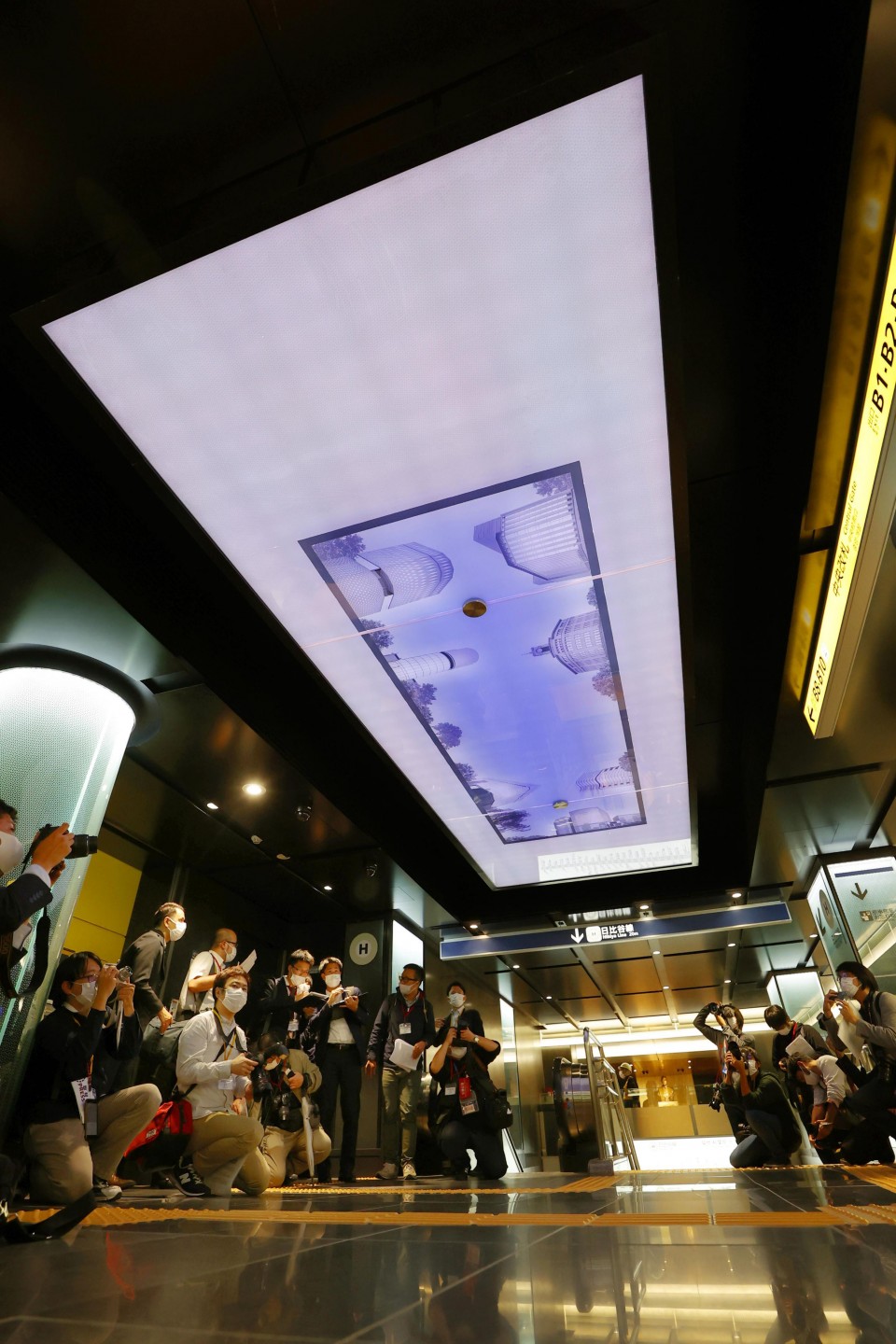