Japan to give some travel agencies more subsidies on growing demand

The Japanese government said Tuesday it will give additional subsidies to certain travel agencies, who fear the money they have been allocated under a program aimed at spurring domestic tourism battered by the coronavirus pandemic could dry up.

With the number of bookings for hotels and travel packages increasing after Tokyo was added to the scheme on Oct. 1, some agencies that were allocated relatively smaller subsidies had to offer customers discounts lower than promised by the government.

They also had to set a limit of how many times a customer could use the discount program, even though the government placed no such restriction. 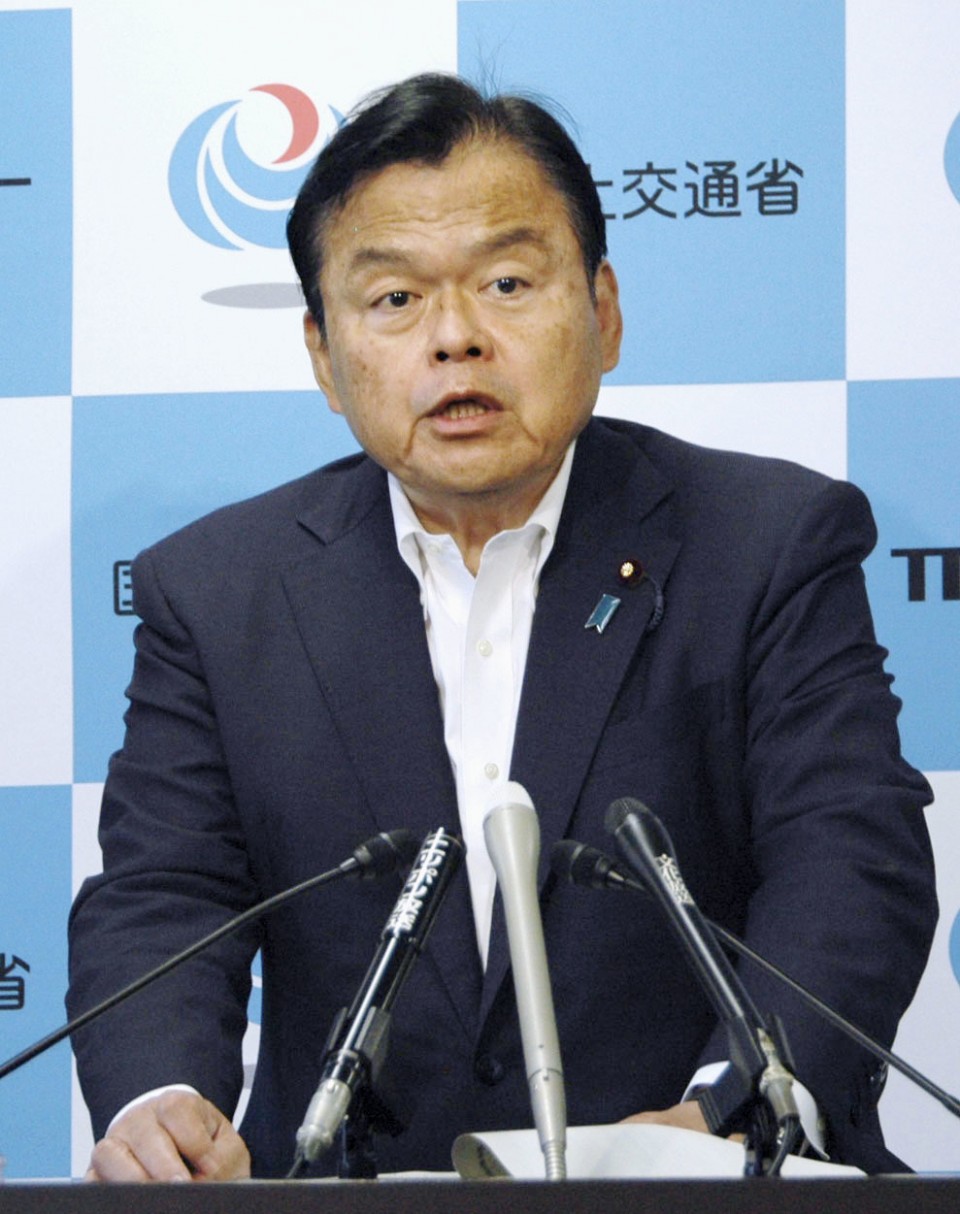 Land, Infrastructure, Transport and Tourism Minister Kazuyoshi Akaba holds a press conference in Tokyo on Oct. 13, 2020, announcing a plan to increase the budget for the state-sponsored "Go To Travel" subsidy campaign to buoy coronavirus-hit domestic tourism in response to fund shortages at some travel agencies. (Kyodo)

Tourism minister Kazuyoshi Akaba told a press conference Tuesday the recent development has "caused confusion and worries among the people," and pledged that the government will "continue to provide (maximum) discounts" for travelers.

The discount rates of 35 percent for hotel and package tour costs and the additional 15 percent for coupons that can be used at shops and restaurants at the travel destinations will be reinstated by Wednesday morning, Akaba added.

The minister said those who booked trips without the full discount will be compensated.

The "Go To Travel" campaign launched in July was designed to discount hotel charges by up to 14,000 yen ($133) per person per night no matter how many trips were booked.

But since travel to and from Tokyo, which was initially excluded due to the high number of new coronavirus infections at the time, was added to the program earlier this month, major online travel agencies have seen a surge in the number of bookings, with Tokyoites comprising about 10 percent of Japan's total population.

As a result, Jalan of Recruit Lifestyle Co. and Yahoo Travel set an upper limit on discounts for hotel and package tour reservations at 3,500 yen per night, while Rakuten Travel only allowed customers to use the discount service once.

Under the 1.35 trillion yen travel initiative running through January, the overall discount is capped at 20,000 yen per person per night and at 10,000 yen for a day trip.