The government said Tuesday it will cover cancellation fees incurred by Tokyoites and those who planned to travel to the Japanese capital after excluding Tokyo at the last minute from a domestic tourism promotion campaign to help coronavirus pandemic-hit regions.

The "Go To Travel" campaign kicking off Wednesday was plunged into disarray after the government said last week that trips to and from Tokyo will not be covered by the scheme because of a surge in infections in the capital. 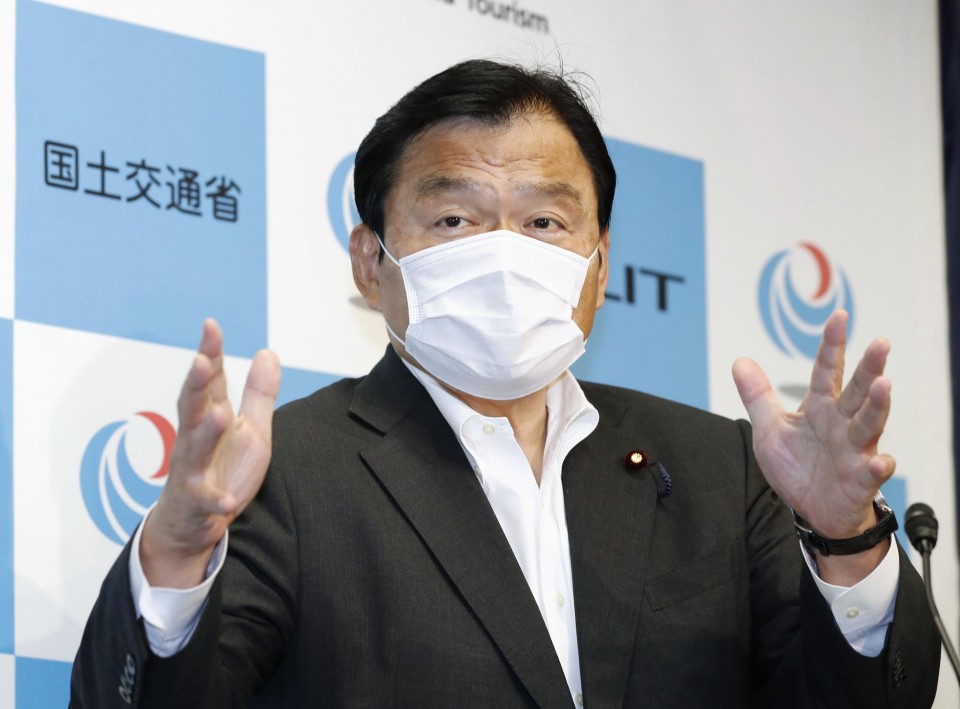 Tourism minister Kazuyoshi Akaba meets the press in Tokyo on July 21, 2020, saying the government will cover cancellation fees incurred by Tokyoites, who were excluded from the government's travel subsidy campaign aimed at shoring up a domestic travel industry hit hard by the coronavirus pandemic. (Kyodo)

On Tuesday, 237 new cases of coronavirus infections were confirmed in Tokyo, with the cumulative total nearing 10,000. In July, Tokyo has seen new daily cases in triple digits on all but two days. Across the country, more than 570 new infections were reported Tuesday.

The program subsidizes up to half of all travel expenses, including accommodation and transport costs.

Tourism minister Kazuyoshi Akaba said the government will cover the cancellation fees for trips to and from Tokyo reserved between July 10 and Friday, the day he said the capital would be excluded.

Akaba acknowledged the government failed to provide the public with a sufficient explanation of cancellation fees during the period.

The government asked hotel and tour operators not to charge cancellation fees and return them to customers, saying the government will compensate for the losses sustained by the operators.

The move came amid growing public anger after Akaba also said Friday that the government had no plans to cover the losses.

Prime Minister Shinzo Abe pledged to compensate tourists while stressing the need for the campaign in a meeting with executives of his ruling Liberal Democratic Party. 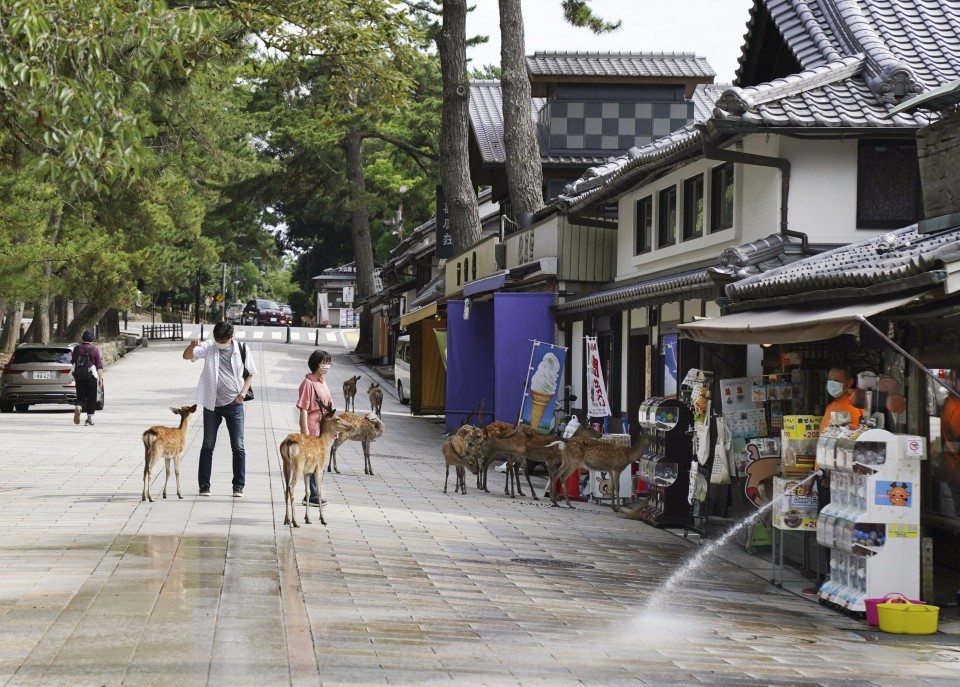 Hotel and shop operators at popular tourist sites complained of confusion surrounding the campaign, which has seen a slew of changes since its formal announcement on July 10, as well as concern about the spread of infections.

The 1.35 trillion yen ($12.59 billion) travel campaign was initially slated to begin in August but was brought forward to start ahead of the four-day long weekend from Thursday.

"It was moved forward without a thorough explanation. We have been receiving many inquiries and are disoriented," said Takashi Komabashiri, the 63-year-old executive of Kirishima Kokusai Hotel in the popular Kirishima hot spring resort area in Kagoshima Prefecture.

Yasuko Goto, 73, who runs a shop near JR Atami Station in the Atami hot spring area in Shizuoka Prefecture, was worried that an influx of visitors could spread the virus.

"It's great that tourists will be coming, but I also feel worried when the number of infected people is increasing to such an extent," she said.

The number of coronavirus cases in Japan has been on the rise since the complete lifting of the state of emergency in late May as more social and economic activities return near to levels prior to the pandemic.

Among densely populated prefectures, Fukuoka and Aichi had 53 and 51 new coronavirus cases on Tuesday, respectively, both the highest single-day figures for the prefectures.

The number of coronavirus deaths in Japan topped 1,000 on Monday, including 13 deaths from a cruise ship that had been quarantined off Yokohama.