Yu Darvish is set to become the first Japanese pitcher to lead a major league in wins after seven shutout innings to earn his eighth victory Saturday in the Chicago Cubs' 10-0 trouncing of the Chicago White Sox. 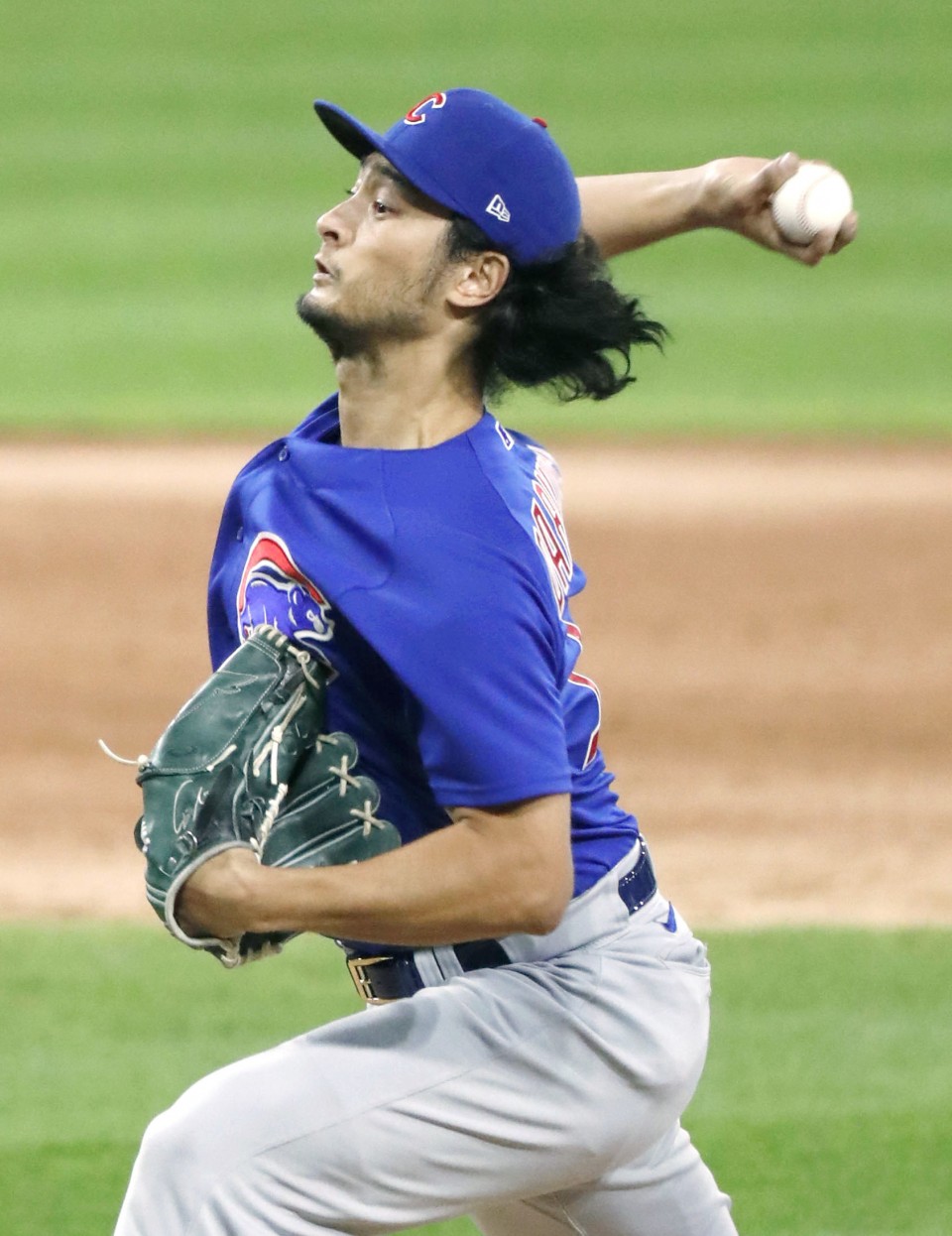 Darvish (8-3) allowed three hits and a walk while striking out five. His team backed him with seven runs -- six scoring on four home runs -- before Darvish left after 94 pitches.

"It's a short season, but coming first in something gives me confidence," said Darvish after his final regular-season game.

Zach Davies of the San Diego Padres and Max Fried of the Atlanta Braves have seven wins but are unlikely to reach seven with the 60-game regular season ending Sunday.

The 34-year-old Darvish, who remained in Chicago during the week while the Cubs traveled to Pittsburgh, allowed the leadoff hitter to reach four times but snapped a three-game winless streak.

"My fastball had a lot of power and my cutter's velocity has been improving, so it worked out well," said Darvish. "(During the playoffs) the atmosphere won't change much with no spectators back yet, so I'll look to pitch as if it's a continuation of the regular season."

Although no Japanese pitcher has led a major league in wins, MLB pioneer Hideo Nomo led the National League in strikeouts in 1995 with the Los Angeles Dodgers and the American League in 2001 with the Boston Red Sox. Darvish previously led the AL in strikeouts in 2013 with the Texas Rangers.

In Oakland, Yusei Kikuchi threw six shutout innings on four hits and three walks for the Seattle Mariners but did not figure in the decision, a 3-1 10-inning loss to the Oakland Athletics. Kikuchi went 2-4 this season, his second in the majors.