Shohei Ohtani homered for the first time in nearly a month as the Los Angeles Angels edged the Texas Rangers 4-3 on Saturday night for their third straight victory at Angel Stadium. 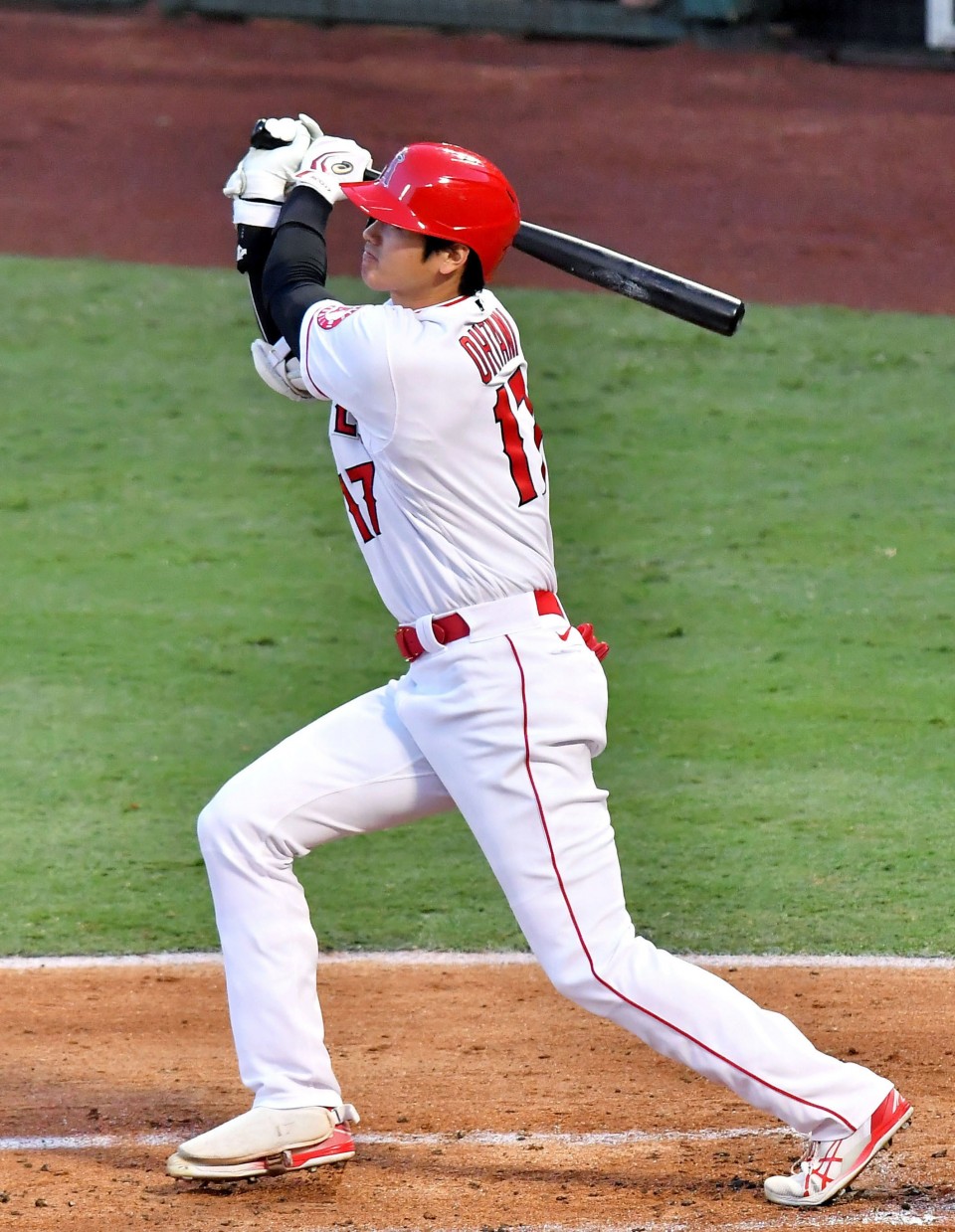 Shohei Ohtani of the Los Angeles Angels homers for the first time in nearly a month in a game against the Texas Rangers on Sept. 19, 2020, in Anaheim, California. (Kyodo)

Ohtani, who had not started any of the Angels' previous six games, hit a solo shot off Rangers starter Lance Lynn in the second inning to trim the Rangers' lead to 3-1. The Angels designated hitter also sparked a two-run rally in the fifth with a leadoff single.

Mike Trout hit a tie-breaking RBI single in the eighth off left-handed reliever Brett Martin (0-1), helping the Angels win 11 of their last 16 games and stay 3-1/2 games back of the second-place Houston Astros with just seven games to play.

"I'm swinging hard at every type of pitch and getting good exit velocity. Because that increases my chances of getting hits, I want to produce good swings," Ohtani said.

At Oriole Park at Camden Yards, Yoshitomo Tsutsugo homered on a 1-for-3 day as the Tampa Bay Rays defeated the Baltimore Orioles 3-1 for their fourth win in as many games.

Tsutsugo launched his eighth homer of the season, a solo shot off Orioles starter Jorge Lopez (2-1) that tied the game 1-1 in the third inning. Tsutsugo walked and scored the go-ahead run in the fifth inning.