A large majority of local Liberal Democratic Party chapters plan to hold primaries to select its new leader and the country's prime minister ahead of a party election this month, Kyodo News found Thursday.

The primaries would serve to give rank-and-file members of the ruling party a say in choosing the successor to Prime Minister Shinzo Abe, who last week announced his impending resignation for health reasons.

The plans of at least 42 of the party's 47 prefectural chapters came amid simmering opposition to the LDP leadership's decision earlier this week to give greater weight to votes cast by lawmakers this time around in the Sept. 14 election.

The LDP chapters have been allotted three votes each, which they are free to cast as they see fit for the three candidates -- Chief Cabinet Secretary Yoshihide Suga, former Defense Minister Shigeru Ishiba and former Foreign Minister Fumio Kishida.

Among the 42 chapters, 30 are expected to allocate the three votes in proportion to the number of ballots received from rank-and-file members of the party, using the so-called D'Hondt system.

Meanwhile, the Tokyo chapter and four others plan to employ the winner-takes-all method, while the Nara chapter will distribute two votes for the most popular candidate and one vote for the runner-up. Six chapters have yet to decide how to reflect the primary results in their voting.

Rank-and-file members will have ballots mailed to them, which they will send back after filling in their choice.

The Niigata chapter plans to poll members on their preferred candidate and use the answers as a reference for how to vote, while the Wakayama chapter is delegating its votes to its secretary general and two other senior members.

The race for LDP president, and subsequently prime minister, is slated to officially start on Sept. 8. The winner will serve out the rest of Abe's term through September 2021.

Under normal circumstances, the election would be held with party lawmakers and rank-and-file members, of which there are about 1 million nationwide, holding an equal number of votes. At present, that would mean 394 votes each for a total of 788 votes.

As Abe is stepping down in the middle of his term, however, LDP Secretary General Toshihiro Nikai has decided to hold an abridged version of the election with 394 votes for party lawmakers and 141 votes from prefectural chapters for a total of 535 votes.

The move is ostensibly meant to avoid a lengthy election process that could create a power vacuum as Japan grapples with the novel coronavirus. 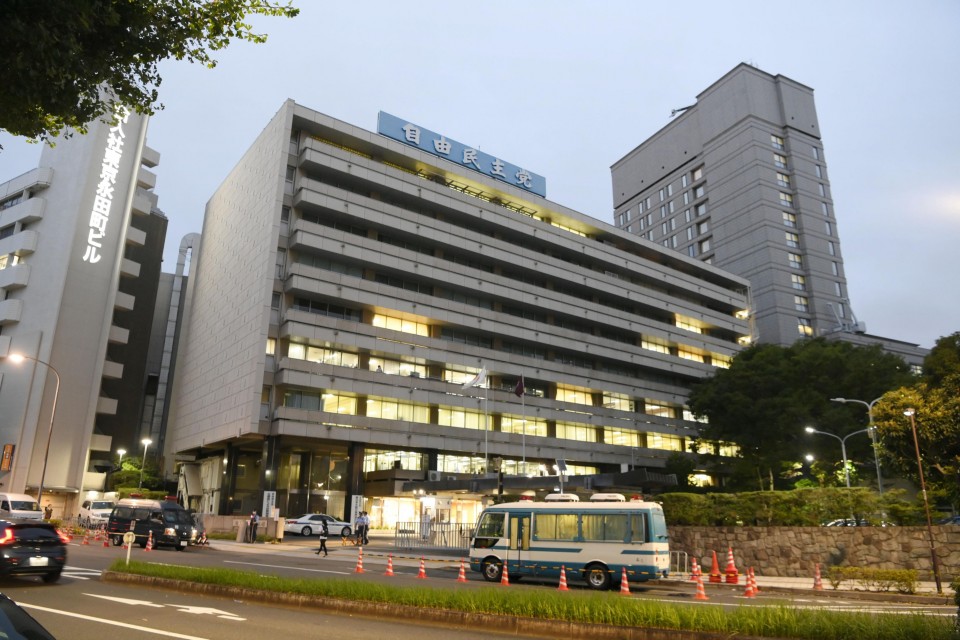 It is almost certain to greatly disadvantage Ishiba, 63, a vocal critic of Abe who has been the top choice for prime minister in public polls but unpopular among fellow lawmakers.

The exclusion of rank-and-file members has sparked a backlash within the party, with more than 140 party lawmakers signing a petition for a full-fledged election to be held.

Suga, 71, who has been Abe's right-hand man throughout the nearly eight years since his return to power, has emerged as the front-runner in the election as most of the LDP's major factions have thrown their support behind him.

Seen as a continuity candidate, Suga has pledged to push forward with "Abenomics" and keep working on outstanding foreign policy issues such as the abduction of Japanese nationals by North Korea in the 1970s and 1980s.

Kishida, 63, has called for reducing social inequality by raising the minimum wage and making education more affordable but faces hurdles to gathering support beyond his own faction.