The 71-year-old Suga, who has been Abe's right-hand man for nearly eight years, is on course to secure about 70 percent of the votes of party lawmakers, making him the clear front-runner.

The race for the party's top post will officially kick off on Sept. 8 and a new leader will be elected at a joint plenary meeting of LDP party members from both houses of parliament to be held on Sept. 14.

The LDP and the main opposition Constitutional Democratic Party of Japan agreed Wednesday to convene an extraordinary Diet session and choose a new prime minister on Sept. 16. A new Cabinet is expected to be formed the same day, Hiroshi Moriyama, the LDP's head of Diet affairs, told reporters.

The new LDP president is all but certain to become Japan's prime minister as the party controls the lower house. The winner will serve the remainder of Abe's term as party leader through September 2021.

At a press conference early Wednesday evening, Suga said Japan was facing a "national crisis like never before" due to the outbreak of the novel coronavirus, and that he would do whatever is necessary to prevent infections from spreading while also putting the economy on a recovery track.

If chosen as prime minister, Suga said he would push forward with "Abenomics," Abe's signature policy mix based on the three arrows of monetary easing by the Bank of Japan, fiscal stimulus through government spending and structural reforms.

On the diplomatic front, Suga said he would continue efforts to resolve the issue of the abduction of Japanese nationals by North Korea during the 1970s and 1980s, including seeking a meeting with its leader Kim Jong Un without preconditions, and that there would be no change in Japan's stance of seeking a peace treaty with Russia.

The two other contenders in the election, being held following Abe's announcement last Friday that he will resign as prime minister due to ill health, are former Foreign Minister Fumio Kishida and former Defense Minister Shigeru Ishiba.

Ishiba, 63, said on a TV program that "the odds are decisively against" him but maintained it is important for voters to consider Japan's future under different potential prime ministers.

Kishida, 63, indicated on the same TV program that he has long-term aspirations, saying he is not running just to fill the post until next year's election at the end of the current term.

In a departure from the regular process, the ruling party, with about 1.08 million members across the country, has decided to only allow 394 lawmakers and 141 delegates from local chapters to vote in the election. 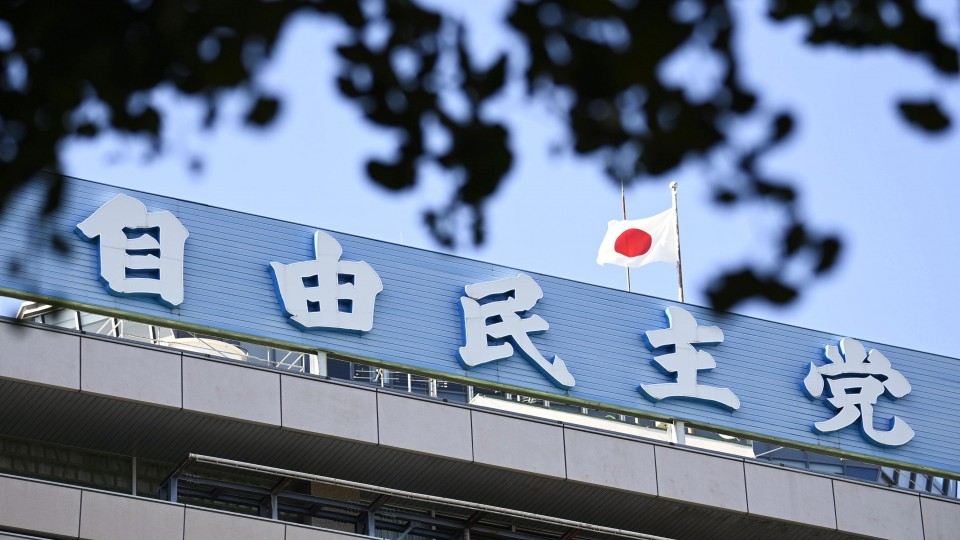 Under normal circumstances, every member who has paid an annual membership fee of 4,000 yen for the past two years is given a vote.

But this time, despite some strong opposition within the party, LDP heavyweights decided to exclude rank-and-file members from casting ballots, reasoning that the process should be completed as quickly as possible to minimize the impact of Abe's resignation on the nation's coronavirus response.

The party's decision to skip a full vote dealt a blow to Ishiba, regarded as Abe's archrival in the LDP. Ishiba is the public's preferred choice for the next leader in opinion polls and is popular among grassroots LDP members but lacks broad support among his fellow lawmakers.

In contrast, Suga has garnered the support of the major party factions, despite not belonging to one himself, even before announcing he will join the race.

Kono and Koizumi have said they will not enter the leadership race.

The LDP's largest faction of 98 members, led by former party Secretary General Hiroyuki Hosoda, has decided to back Suga, as has the 54-member faction fronted by Finance Minister Taro Aso.

In a joint press conference Wednesday with Hosoda and Takeshita, Aso said he chose Suga because his crisis management and policy implementation skills were needed in an emergency like the current coronavirus outbreak.

Kishida leads a faction with 47 members, while Ishiba's faction has 19 members.