Seven years ago on Wall Street, Prime Minister Shinzo Abe urged investors to "buy my Abenomics," as he promised to chart a growth path for deflation-mired Japan.

Fast forward to 2020, Abe, the longest-serving Japanese prime minister, is quitting due to ill health, leaving an economy that is smaller -- badly hit by the coronavirus pandemic -- and with more debt than when he returned to power in 2012.

Whoever gets what some lawmakers call "the short straw" in the ruling party's leadership race in mid-September, the next prime minister may face a hard time trying to gain market confidence in post-Abenomics Japan, market observers say.

"Political uncertainty will weigh on the market until his successor is selected, though there shouldn't be a sharp fall in shares," said Makoto Sengoku, a market analyst at the Tokai Tokyo Research Institute. The Nikkei is expected to stay between 22,000 and 23,000, he said.

When Abe returned to power, the Nikkei Stock Average was trading around the 10,000 level. The index ended Friday, the day Abe announced he would be stepping down, at 22,882.65 after scaling a 27-year high in 2018. 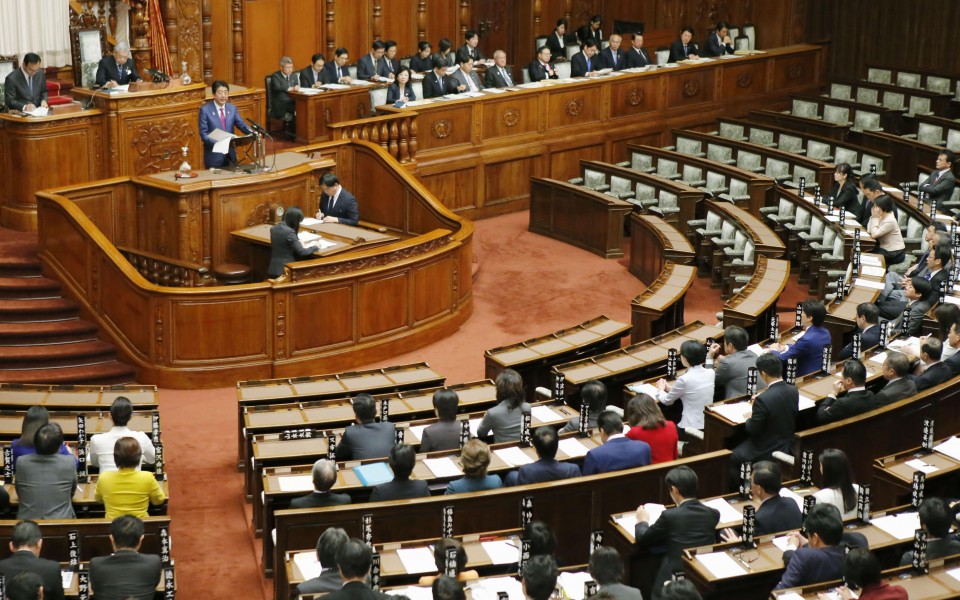 Japanese Prime Minister Shinzo Abe speaks at a House of Councillors plenary session in Tokyo on Nov. 21, 2017. Parliament discussed whether his "Abenomics" economic policy mix has been working for the Japanese economy. (Kyodo)

Economists and market analysts say the coronavirus pandemic, which led to a record 27.8 percent contraction in Japan's gross domestic product in the April-June quarter, gives the next leader little wiggle room to drastically alter the current policy framework.

But some say financial markets are vigilant to surprises, keeping a close tab on whether Abe's departure will affect the BOJ and Governor Haruhiko Kuroda, whose current term runs until April 2023.

There are concerns about whether the current large-scale monetary easing will be maintained, including purchases of exchange traded funds, a key factor supporting market sentiment in Tokyo, they said.

But Martin Schulz, chief policy economist at Fujitsu Ltd., said it is "quite certain" that monetary policy should be expansionary during the virus outbreak, adding Abenomics has built a close link between fiscal and monetary policies that cannot be broken easily "any time soon."

"The new prime minister will need a new agenda," he said. "Since the limitations of Abenomics have become obvious, international investors will have a very close look at the next reform agenda."

Abe's government and the BOJ agreed in 2013 to strengthen policy coordination and "work together" to beat deflation.

While the government has increased spending to support the economy, the central bank has stepped up asset buying, gobbling up massive amounts of Japanese government debt so it now holds over 40 percent of the outstanding bonds.

According to the International Monetary Fund, Japan is expected to see its debt-to-GDP ratio climb to 251.91 percent in 2020, the worst among advanced economies.

The size of real GDP, meanwhile, stood at 498 trillion yen when Abe returned, but it shrank to 485 trillion yen in the three months through June, hit by the virus spread, according to government data.

One relatively bright spot is an improving labor market with the jobless rate falling to 2.8 percent in June from 4.3 percent when Abe took office.

"I shot the three arrows (of Abenomics) to defeat two decades of deflation and as a major policy agenda we have been aiming to create a market where people who wish to work can find jobs. Over 4 million jobs have been created," Abe told the press conference at which he announced his intention to resign.

Female participation in the workforce has been on the rise as the country has battled an acute labor shortage. Still, Abe failed to deliver on his promises to bring the number of children on wait lists for nursery schools to zero and workstyle reform is still only half complete.

Abe earnestly urged companies to raise wages so consumers would loosen their purse strings in the hope of a pickup in consumption raising prices closer to the 2 percent inflation target. The BOJ is still far from that goal and only a 0.3 percent year-on-year rise in the consumer price index, excluding fresh foods, is projected for fiscal 2021.

Despite the mixed results of nearly eight years of Abe's economic program, Takuya Hoshino, an economist at the Dai-ichi Life Research Institute, said Abe's efforts to boost employment were "in the right direction."

"That said, when jobs created were in sectors that are in desperate need of labor and were taken by women who need to work part-time after raising kids or elderly people, we cannot expect sharp wage growth," he said. 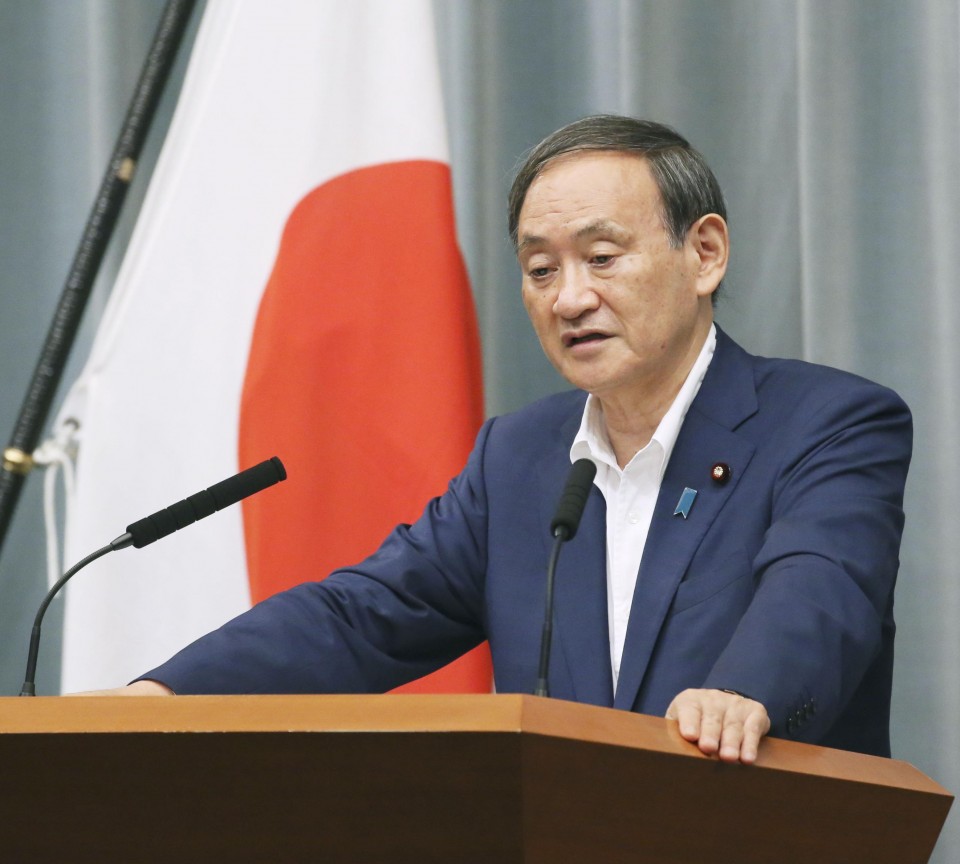 Economists and analysts say Suga and Kishida would seek to maintain the status quo, while Ishiba could be a wild card. In a magazine interview, Ishiba, an Abe critic, cast doubts about Japan putting "excessive" emphasis on financial capitalism that seeks to benefit shareholders. He stressed the need to support small and midsize companies as well as regional economies.

Suga, who has been in charge of crisis management and serves as the public face of the Abe administration, is expected to garner support from many LDP lawmakers. Ishiba, however, ranked first as the most favorable person to become the next prime minister in a Kyodo News poll conducted over the weekend. Respondents also said the coronavirus response and the economy are the top two priorities that the next government should focus on.

"Japanese markets have enjoyed a condition in which there was almost no political risk, but that advantage may disappear in the future," Norihiro Fujito, senior investment strategist at Mitsubishi UFJ Morgan Stanley Securities Co., said. "An unstable government is what foreign investors dislike most."