A Japanese murder suspect was taken into custody in South Africa, where he had been evading arrest for 17 years, as a poverty-stricken life brought on by the coronavirus pandemic forced him to come out of hiding, Japanese police said Friday.

So Kamiya, 46, turned himself in on Aug. 21 at the Japanese Embassy in South Africa. An investigative source quoted him as saying, "Life has become tough after losing my job and money. I would like to return to Japan."

The police, who had put Kamiya on an international wanted list, arrested him on Thursday at Narita airport near Tokyo after identifying him by his fingerprints. He tested negative for the coronavirus. 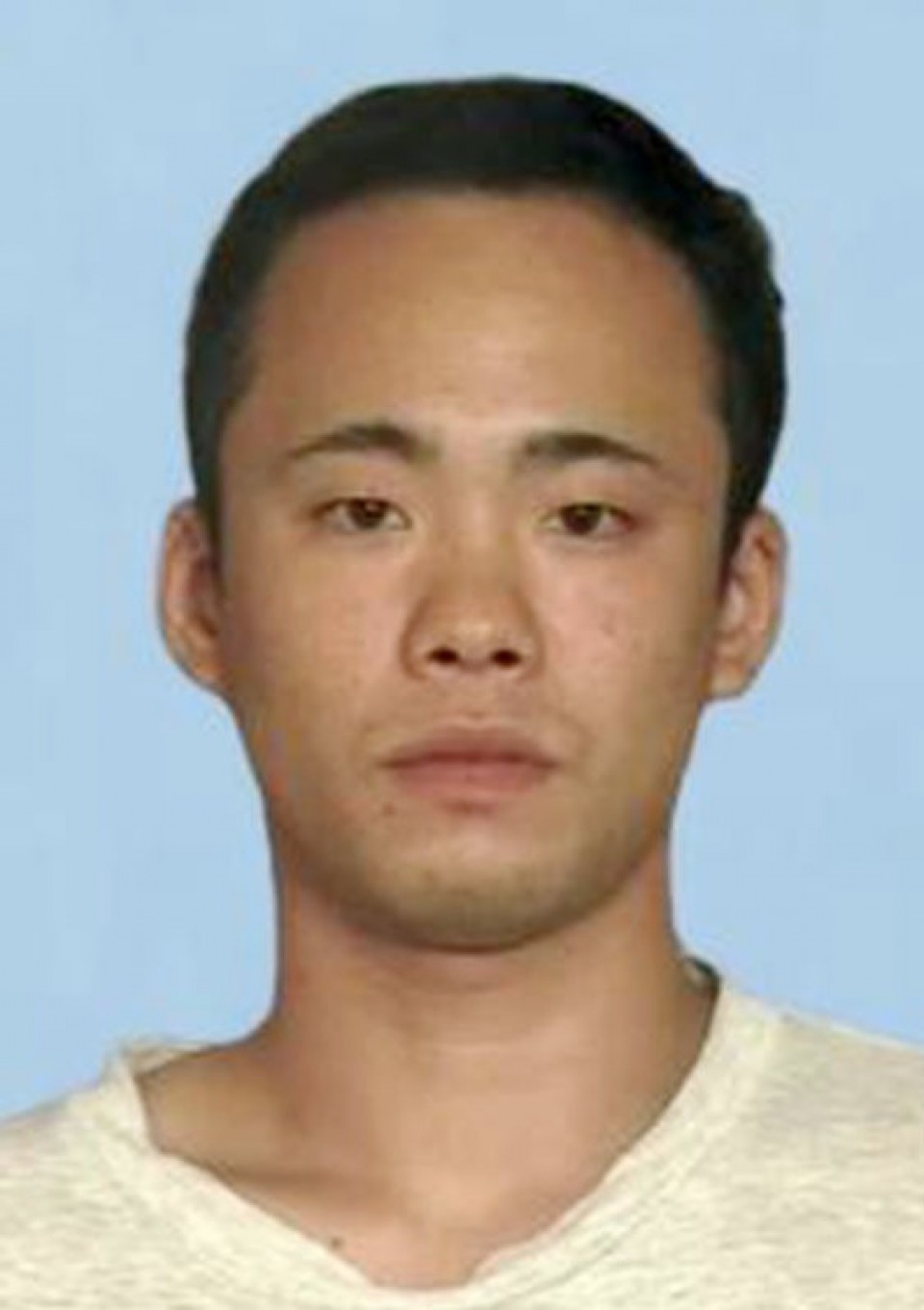 Supplied photo of So Kamiya. (Kyodo)

Kamiya arrived at the airport aboard a special charter flight for Japanese wishing to return from the virus-hit African nation as most international flights to and from South Africa have been grounded.

South Africa has reported about 633,000 virus infections, with some 14,560 deaths, according to Johns Hopkins University of the United States.

Kamiya is suspected of having abducted 26-year-old Shinya Kogawa in September 2003 at a restaurant parking lot in Ichikawa, Chiba Prefecture, and then confined him in a car in Tokyo and neighboring Yamanashi Prefecture.

The victim's body parts were found in a mountainous area in Okutama, a town in western Tokyo.

Kamiya is believed to have entered South Africa around October 2003.

Kogawa was involved in a dispute with Tomoyuki Matsui, 48, who is believed to have ordered the murder, over Kogawa's plan to open a new bar.

Matsui, who also fled Japan to South Africa and was put on an international wanted list, is believed to have killed himself in 2016, according to the investigative sources.

The Japanese police received the information about the body from the South African police in May via the Japanese Foreign Ministry.

The Tokyo police have apprehended around 10 suspects in connection with the case.

Crime in Japan accelerates its decline during coronavirus pandemic

Wife arrested for trying to kill husband with crossbow, knife in Kobe