Camping has been growing in popularity and sales of related goods rising in recent months in Japan as people wanting to go out with friends and family members during the COVID-19 pandemic turn to outdoor recreation.

During a weekend earlier this month, a campsite with about 40 pitches in Odawara, Kanagawa Prefecture, southwest of Tokyo, was packed with campers of all ages. 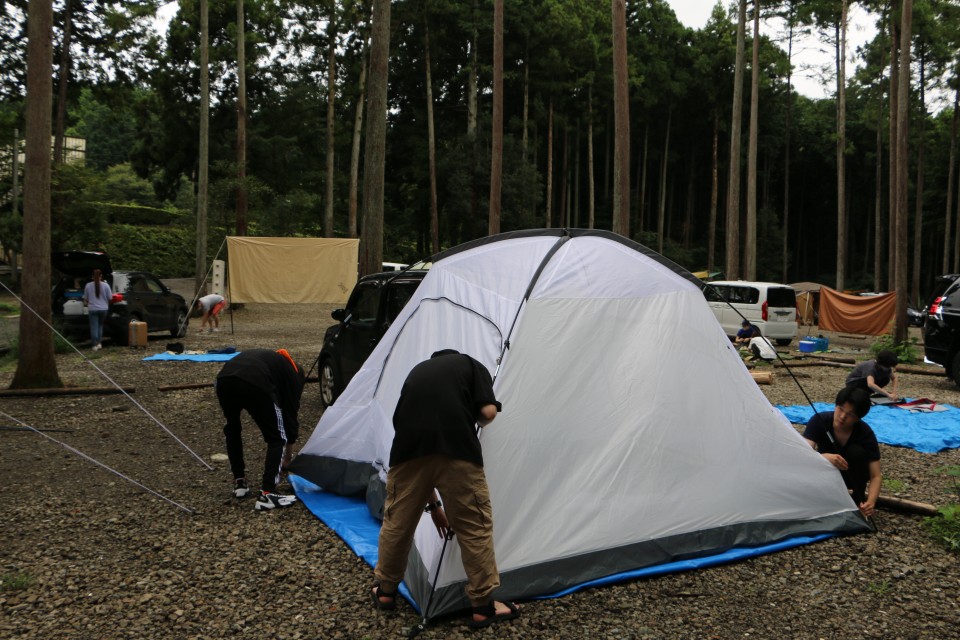 Campers are setting up their tent at a campsite in Odawara, Kanagawa Prefecture on Sept. 12, 2020. (Kyodo)

"We can avoid risks of being infected with the virus in such an open and large site even though we came as a group," said a 22-year-old man who was setting up a tent with friends.

The coronavirus has apparently boosted sales of outdoor leisure goods following the government's declaration of a state of emergency in April, an official of a camping product manufacturer said.

"Our monthly sales have been growing by between 10 and 35 percent from a year earlier since May," said Yosuke Takanami, managing director of the outdoor goods development division at Captain Stag Co. 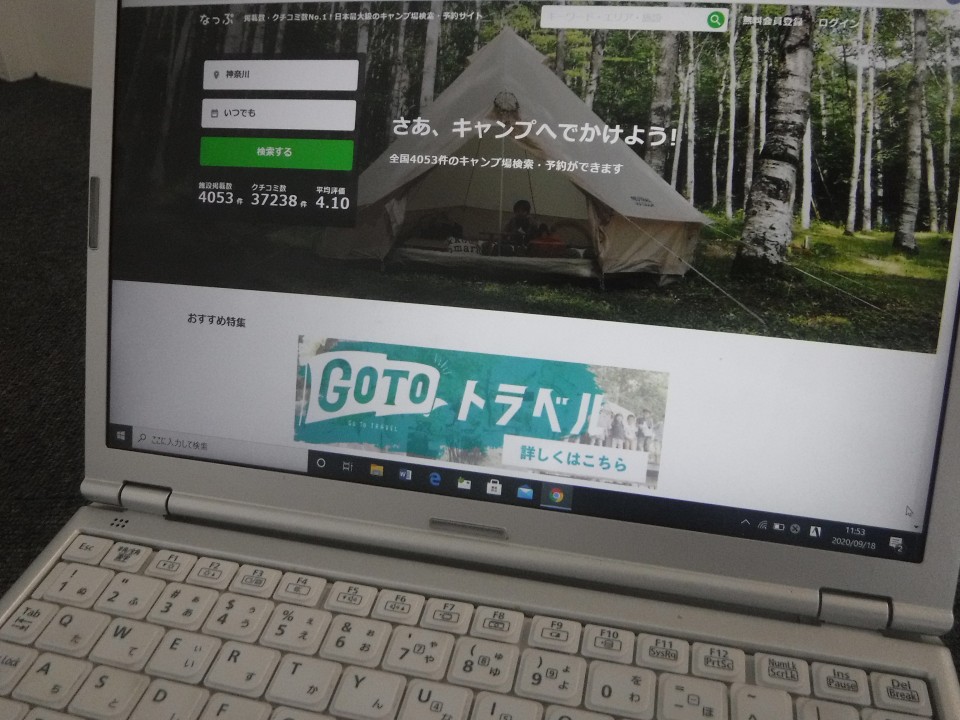 A website of the online reservations service for campsites "Nap." (Kyodo)

Takanami said barbeque grills and Dutch ovens were selling well in May and June in line with the government's stay-at-home request. While the nationwide state of emergency was fully lifted in late May, the government asked people to refrain from traveling between prefectures through late June.

Demand for folding chairs and tables has also been strong for not only home leisure activities but teleworking, industry officials said.

Another hit product is a solo camping tent, even though solo camping was gaining popularity before the coronavirus outbreak, Captain Stag's Takanami said.

"You can reduce risks of virus infections if you sleep alone in a tent even though you go camping in a group," he added.

Visitors to campsites notably grew once the travel restrictions were lifted even though Tokyo raised its own virus alert and asked its residents to refrain from non-essential trips to other prefectures in mid-July, industry officials said. 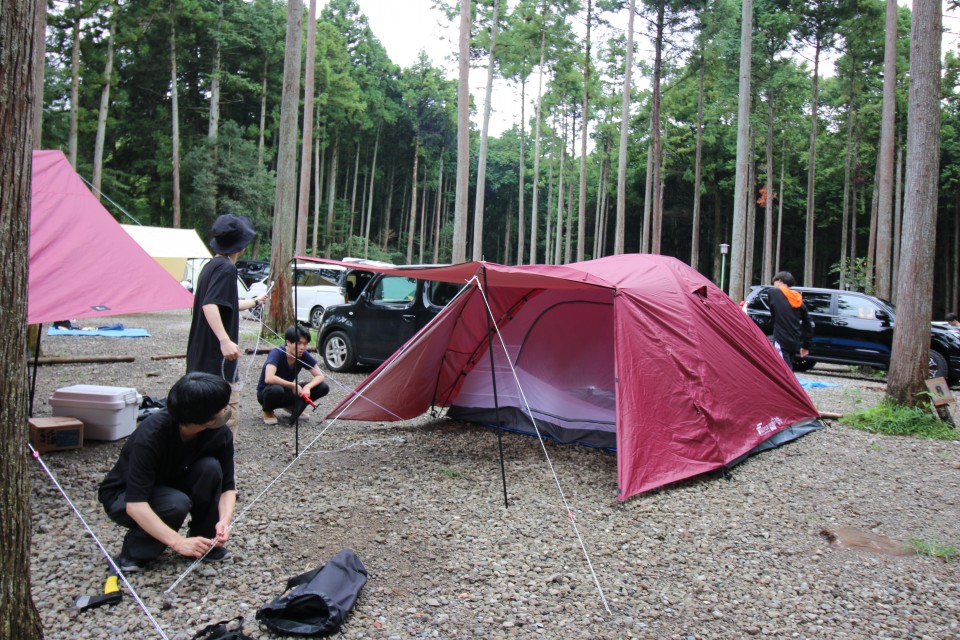 Campers are setting up their tent at a campsite in Odawara, Kanagawa Prefecture on Sept. 12, 2020. (Kyodo)

"Reservations for camping sites grew 30 to 40 percent in July and August from a year earlier after a sharp 80 percent fall in April and May," said Atsuya Tanaka, director of Spacekey Inc. which operates online reservation service "Nap" for hundreds of campsites across Japan.

"Reservations by people living in Tokyo fell 30 to 40 percent from a year before" as the capital saw a resurgence of virus infections, but those by people in Kanagawa and Osaka, the two most populous prefectures after Tokyo, doubled and rose around 30 percent, respectively, Tanaka said.

Shimano Inc. is another company benefiting from the outdoor activity boom. Demand is growing globally for its bicycle components and fishing equipment, the company says.

The Osaka-based firm has said it expects a 13 percent rise in net profit in its current business year ending in December.

"Sales of our bicycle parts in Europe and North America have been robust thanks to the increasing number of first-time bicycle buyers, as people are choosing to ride bicycles near their homes for a breather instead of taking a summer vacation abroad," said a Shimano official.