National parks across Japan have improved internet access and taken other steps to attract teleworkers as the coronavirus pandemic has increased interest in "workation" -- a vacation that combines business and leisure in which people work remotely at their destinations.

Lodging facilities and camping grounds at national parks have upgraded Wi-Fi access points with financial support from the Environment Ministry, but it is unclear how soon remote workers will be welcomed with open arms amid the ongoing virus spread. 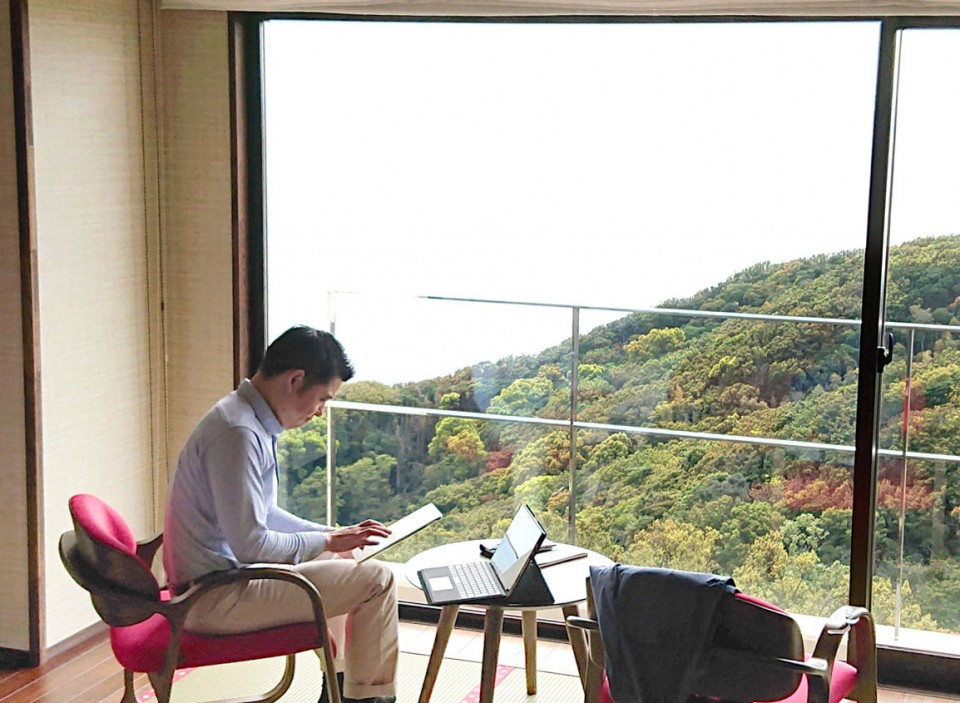 FEATURE: Digital nomads riding out coronavirus pandemic in a van in Japan

"We would like people to start visiting national parks in their vicinity first," said Environment Minister Shinjiro Koizumi, as many people remain hesitant about making long-distance trips.

A ministry official also said lodging facilities at national parks are being encouraged to decide for themselves on when and how to accept teleworkers.

The government has been promoting the "workation" concept in the hope it will revitalize local economies hit hard by the coronavirus.

Chuzenji Kanaya Hotel, located inside Nikko National Park in Tochigi Prefecture, north of Tokyo, has prepared a working space for up to three people separate from regular guest rooms.

"We would like to offer a plan in which guests can work in the morning and enjoy activities such as trekking and canoeing with their families in the afternoon," said a hotel official in charge of the workation plan. The hotel is situated near Lake Chuzenji. 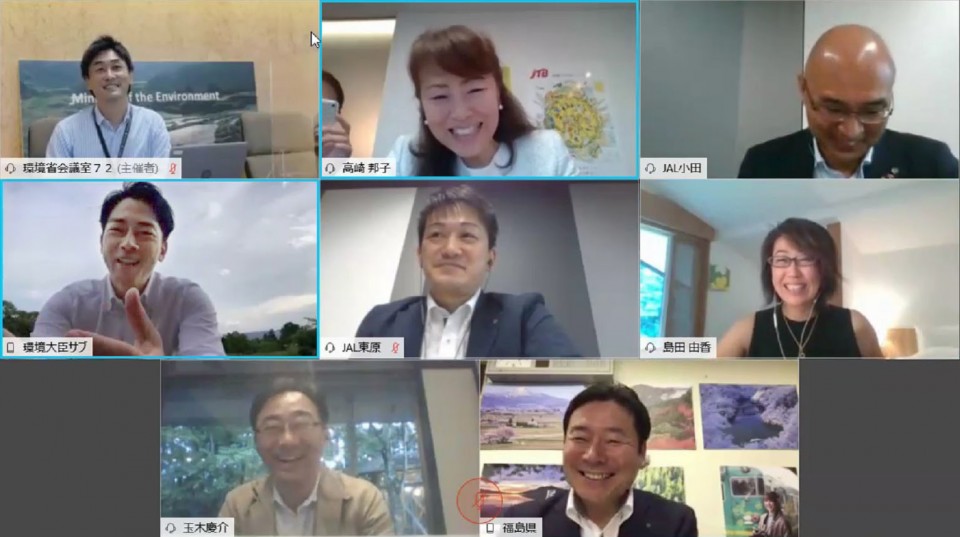 The operator of the Kyukamura Kishu Kada resort hotel in Wakayama Prefecture, part of Setonaikai National Park in western Japan, offers a service allowing day trippers to use guestrooms for work.

Since the service drew favorable reactions from guests when it was offered between April and July, the operator reintroduced it from September.

"We want people to engage in remote work while relaxing in an environment away from their usual daily life," an official at the hotel said.

The National Park Resorts of Japan, the operator of Kyukamura hotels across the country, plans to rent out large tents, portable power stations, and Wi-Fi devices at camping grounds in four national parks, including Setonaikai and Aso-Kuju.

It will also put up and take down the tents, as well as supply guests with food, so they can use more time for work, according to the operator based in Tokyo.

In early September, Koizumi himself set an example of a workation by taking part in online meetings with corporate representatives and officials from his ministry at a hotel in Bandai-Asahi National Park in northeastern Japan.

He exchanged opinions with personnel of Japan Airlines Co. and Unilever Japan K.K., both known for promoting workation, while staying at the hotel in the village of Kitashiobara, Fukushima Prefecture.

"It is important to trust employees rather than worrying about whether they are really working," a company official told Koizumi when asked about the difficulties and keys to success for implementing workation at each company.