Japanese travel agencies and hotels began Friday accepting reservations for domestic trips to and from Tokyo starting Oct. 1 under the government's subsidy program, which was launched in July excluding the capital due to a spike in coronavirus cases there.

The central government hopes the "Go To Travel" initiative, which currently offers a 35 percent discount and will cover half of travelers' costs from Oct. 1, will stimulate domestic travel hit hard by the virus pandemic. 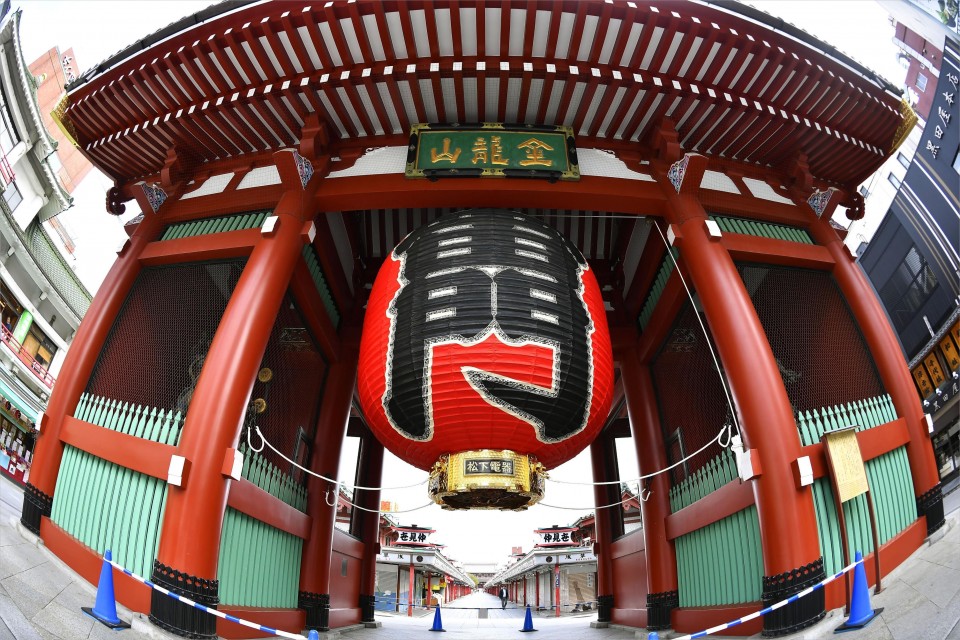 The Kaminarimon gate of Senso-ji temple in Tokyo's Asakusa. (Kyodo)

But concerns remain that Tokyo's addition could trigger a resurgence of infections in other areas as the capital still sees more than 100 virus cases per day.

"It is necessary for both (travel) operators and travelers to take thorough steps to prevent the spread of the new coronavirus," tourism minister Kazuyoshi Akaba told reporters, adding 11 people who have used the program were infected with the virus.

The central government has decided to add the capital into the scheme as the Tokyo metropolitan government lowered its virus alert by one level from the highest of four on Sept. 10, citing a downward trend in the number of infections.

But Akaba, who retained the ministerial post under the newly launched Cabinet of Prime Minister Yoshihide Suga, has hinted at the possibility of delaying the inclusion of Tokyo, if infections drastically spread in the capital again.

In that case, the land, infrastructure, transport and tourism ministry plans to request travel firms or accommodation facilities not to charge cancellation fees, with the losses to be covered by the state, according to the minister.

Kichisaburo Murayama, 68, who runs a travel agency in Tokyo's Suginami Ward, welcomed the start of reservations for trips to and from the capital, saying, "As Tokyoites will be able to enjoy reasonable trips at last, I want to offer good products."

He urged the government to prevent the further spread of virus infections so Tokyo will be added to the program as scheduled. 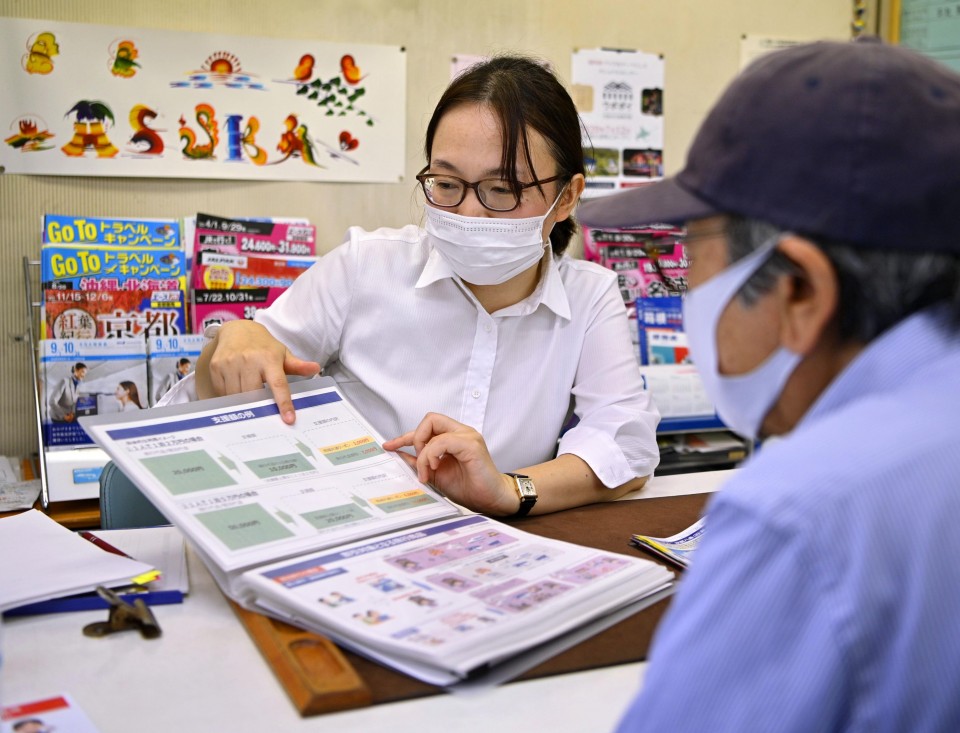 A travel agent in Tokyo explains to a customer about government subsidies for trips to and from the Japanese capital under the "Go To Travel" initiative on Sept. 18, 2020. (Kyodo)

Under the 1.35 trillion yen ($12.9 billion) travel push, tourists currently enjoy a 35 percent discount on their expenses centering on accommodation fees.

From Oct. 1, they will also be able to receive coupons worth 15 percent of total costs that can be used for food, shopping and other activities offered at destinations.

Since the program was launched on July 22, a total of 13.39 million people stayed at hotels using the campaign by the end of August, according to a preliminary report by the tourism ministry.