A law professor sued the government Monday demanding it reveal the unit price of washable cloth masks, dubbed "Abenomask," that were distributed for free to all households in Japan amid the coronavirus pandemic, as well as how many were ordered from each contractor. 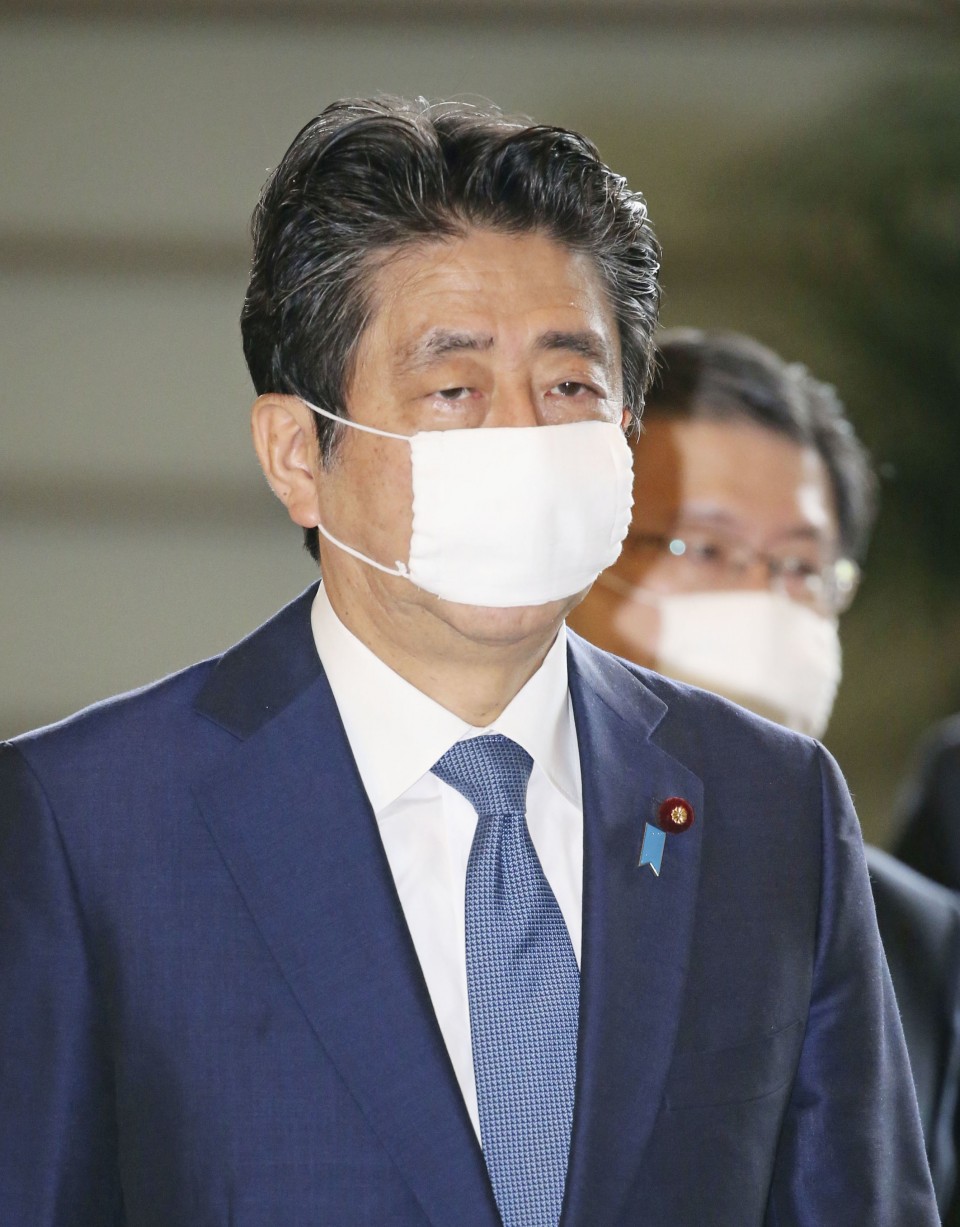 In the suit filed with the Osaka District Court, Hiroshi Kamiwaki of Kobe Gakuin University claimed it is unreasonable for the government to withhold the information as it prevents discussion of the appropriateness of the policy to distribute the masks, which proved unpopular among the public with some questioning if it was cost-effective.

The initiative by then Prime Minister Shinzo Abe to help contain the spread of the novel coronavirus sparked criticism due to the poor quality of the masks and their slow delivery to the public, with many viewing them as symbolic of the government's inadequate response to the pandemic.

More than 120 million of the washable masks, two per household, were distributed nationwide from April to June, with masks in short supply amid the pandemic. They were dubbed "Abenomask," which means "Abe's mask" in Japanese and is a pun on Abe's signature "Abenomics" economic policy mix.

Abe stepped down as prime minister earlier this month due to health reasons. The project cost the government 26 billion yen ($247 million), with 18.4 billion yen spent on procurement and 7.6 billion yen on delivery.

Kamiwaki, who has published a book on politics and money, requested between April and May that the government disclose documents related to its contracts with the mask producers and invoices for shipments, according to the suit. 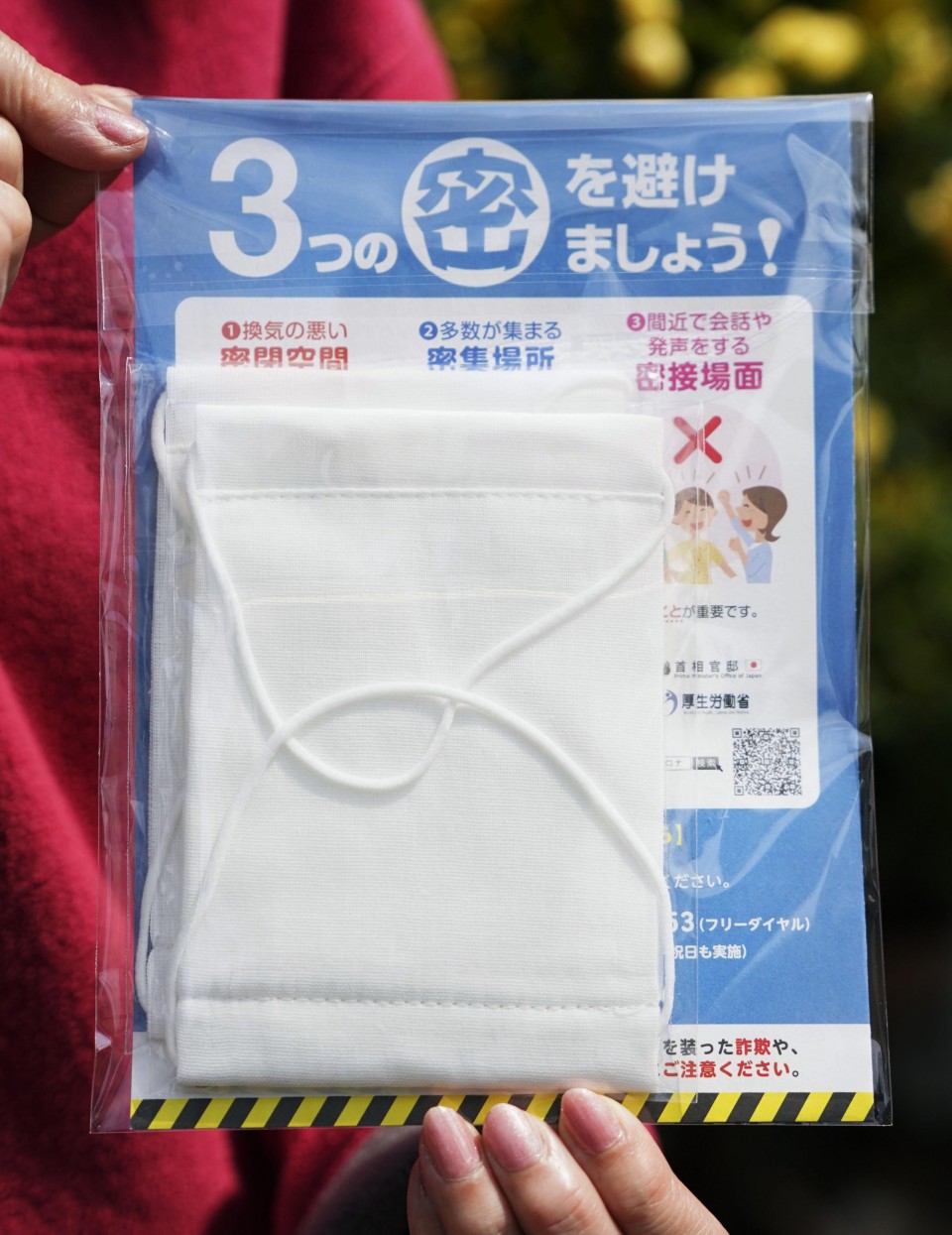 Photo taken on April 17, 2020, shows two face masks in a package sent to a household in Tokyo's Setagaya Ward. (Kyodo)

The government did supply some documents but they were heavily redacted, with the unit price and size of orders concealed. The government justified withholding the information, saying disclosure could have a negative impact on future price negotiations and reveal sensitive procurement details.

However, the plaintiff said some parts of the documents that were not blacked out showed the unit price of the cloth masks at 143 yen including tax.

The price was cited in a document compiled by the education ministry over distribution of the masks to schools across the country.

According to the plaintiff, the document said, "A team handling the matter within the health ministry notified us that the unit price will be 143 yen, including tax, as a result of negotiations with suppliers."

The source said while the education ministry does not disclose the contracted price, the document provided to the plaintiff should not have shown information that could be used to surmise the final price.

Disposable mask prices spiked in Japan earlier this year, but a box of 30 such masks now sells for between 800 to 1,000 yen at major supermarkets and drugstores. Fast Retailing Co. sells packs of three fast-drying Airism washable cloth masks for 1,089 yen including tax at its Uniqlo stores.

The professor at the western Japan university argues that the unit price and order data should not be treated as sensitive information because the government is highly unlikely to order a large number of the unpopular face masks in the future.

At a press conference in Osaka, Kamiwaki said, "The Abe government has erased data deemed inconvenient for its members. I'm worried that the new government of (Prime Minister Yoshihide) Suga could inherit its negative legacy."

Kamiwaki is also seeking 600,000 yen in damages from the government, claiming the redacted documents were disclosed around two months after the scheduled date.