Prime Minister Shinzo Abe on Saturday appeared for the first time in public since April without wearing his much-touted government-sponsored mask, which has been derided as a symbol of his administration's out-of-step policy against the coronavirus pandemic.

Instead of donning what became known as the "Abenomask," which was so small that it rode up on his face, Abe seemed more comfortable wearing one similar to commercially available ones, which fully covered the lower half of his face.

Abe's new cloth mask was made in Fukushima Prefecture. He wore it when he attended a government meeting to discuss responses to the pandemic held at his office.

"From now on, he will use various products," a source close to the office said in reference to the change. 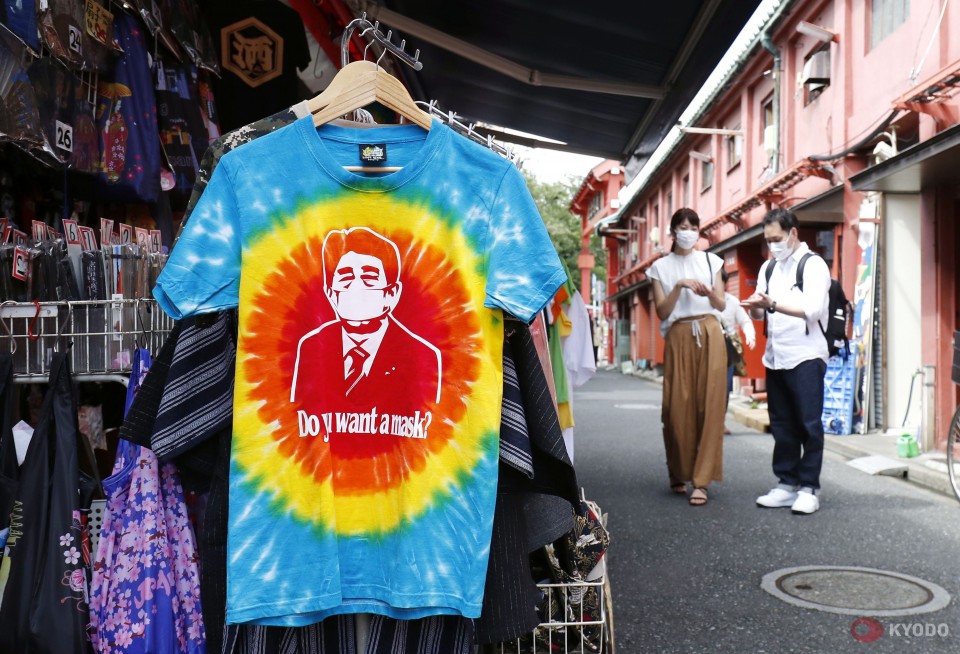 Abe started wearing his Abenomask, a pun on his signature "Abenomics" economic policy mix, in April when the government started providing the washable cloth masks to every household to solve the mask shortage at the time.

The masks proved highly unpopular due to their poor quality and slow delivery, with billions of yen spent on the policy. So far 130 million of the masks have been provided to households nationwide. 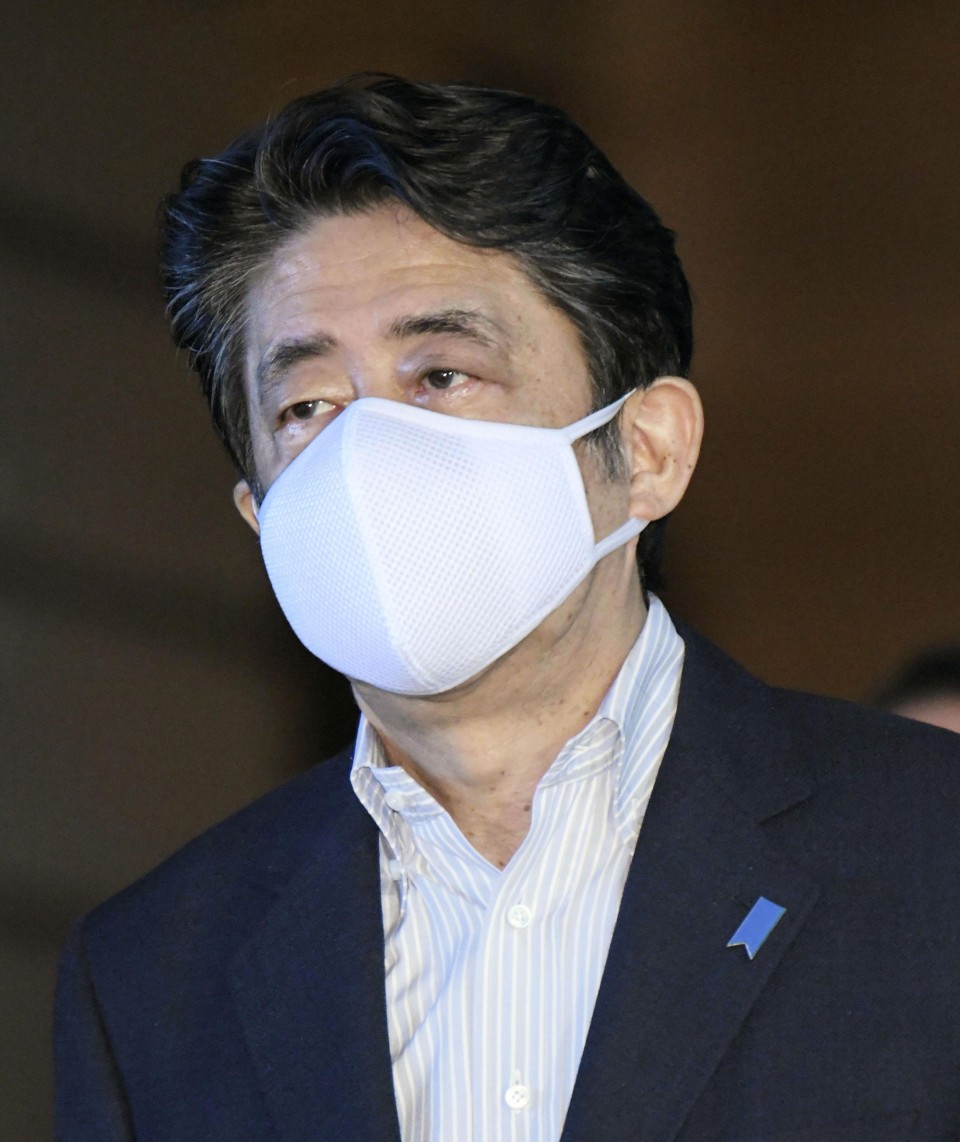 Japanese Prime Minister Shinzo Abe arrives at his office in Tokyo on Aug. 1, 2020, wearing a cloth mask larger than his trademark "Abenomask" amid the continued spread of the novel coronavirus. (Kyodo)

Even as Japan's mask shortages have eased, the policy has continued to court controversy.

The administration is scrapping its plan to deliver an additional 80 million cloth masks to nursing homes and other facilities after opposition parties and some of the public criticized the move as inefficient and wasteful.

The government is now considering giving the masks only to those that wish for them and stockpiling the remainder.