The Japanese government said Friday it will lift a ban on reselling face masks and disinfectant as suppliers have ramped up production enough to resolve a nationwide shortage spurred by the coronavirus pandemic.

Punishable with a prison sentence of up to one year or a 1 million yen ($9,500) fine, or both, the ban was imposed in a bid to deter scalpers. It is expected to be lifted in August, although the exact timing was not immediately clear.

The government is also scrapping its plan to deliver an additional 80 million cloth masks to nursing homes and other high-risk facilities, health minister Katsunobu Kato said, amid criticism it was a waste of taxpayers' money. 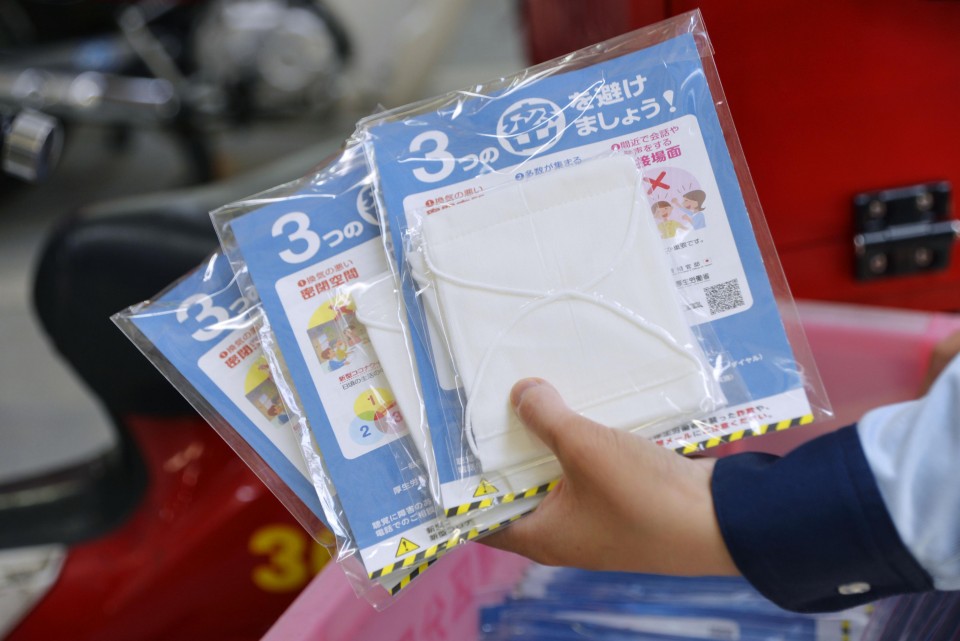 Photo shows cloth masks distributed by the government in Nagoya, central Japan, on May 14, 2020. The Japanese government plans to deliver two cloth masks to all households by mail amid the outbreak of the new coronavirus. (Kyodo)

"Supply has increased significantly and consumers are no longer having difficulty buying (face masks and disinfectant)," Kato said at a press conference, adding the ban may be reinstated if deemed necessary.

The ban was imposed on face masks in mid-March and disinfectant in late May through a revision to the law on "emergency measures for stabilizing the living conditions of the public," which was enacted in 1973 in response to panic-buying of daily necessities such as toilet paper during the oil crisis.

Another 60 million were due to be distributed through August to nursing homes, day-care centers and facilities caring for the disabled, and an additional 80 million were to be given out through September. 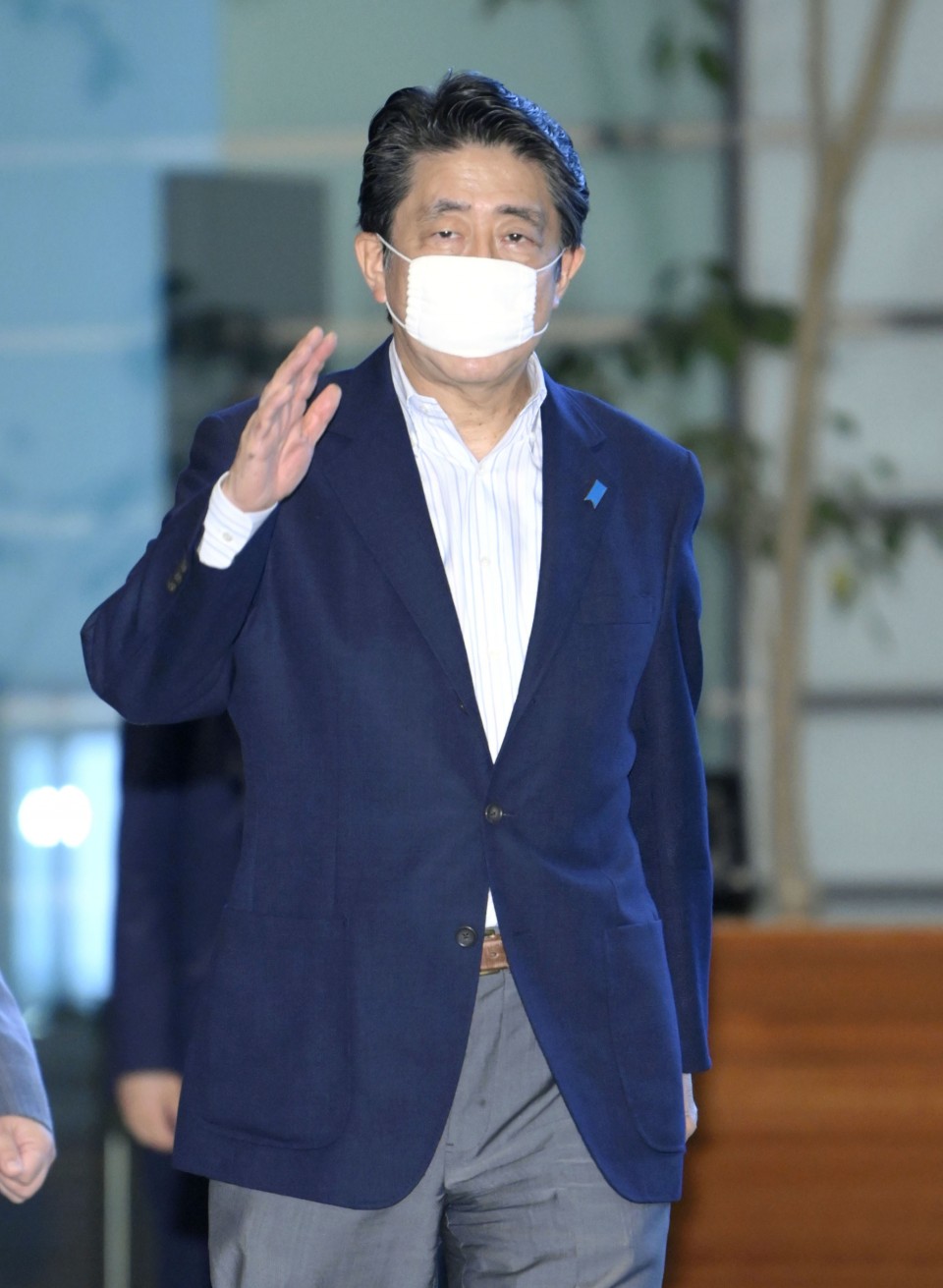 Japanese Prime Minister Shinzo Abe arrives at his office in Tokyo on June 20, 2020, wearing a face mask amid continued worries over the novel coronavirus. (Kyodo)

That last batch of masks will now only be sent to facilities that ask for them, with the government stockpiling the remainder. Roughly 500,000 facilities are eligible to apply on the Ministry of Health, Labor and Welfare's website from next Wednesday.

Opposition parties and members of the public have criticized the distribution of cloth masks, which are not as effective as surgical masks.

Given that the distribution of all cloth masks, including those already given to households, was expected to cost taxpayers more than 50 billion yen, they said the funds could be better spent elsewhere as Japan scrambles to contain a resurgence in coronavirus cases.

Some Japanese celebrities, including actress Kyoko Koizumi, also took to Twitter earlier this week to condemn the plan.