North Korea has punished local officials for failing to protect residents from a typhoon that caused a "serious incident" resulting in dozens of casualties, the newspaper of the ruling party reported Saturday.

According to Rodong Sinmun, the leaders did not follow orders of the Workers' Party of Korea and did not thoroughly implement measures to evacuate residents. Powerful Typhoon Maysak passed through the Korean Peninsula from Wednesday through Thursday, bringing heavy rain. 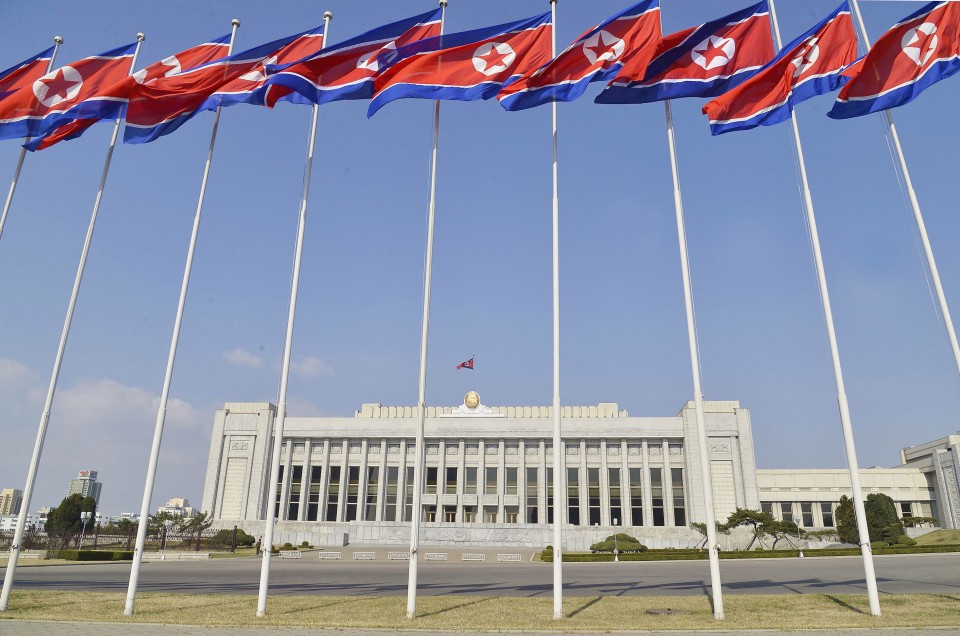 North Korea's national flags flap in front of the Mansudae Assembly Hall in Pyongyang on April 9, 2020, a day before the opening of the Supreme People's Assembly. (Kyodo)

It is the first time North Korean media have reported on the typhoon casualties.

Earlier in the week, the country started to implement emergency steps against the typhoon, with billboards taken down and roadside trees reinforced with support pillars in the capital Pyongyang.

The casualties were reported in the country's eastern port city of Wonsan and Kangwon Province, with the officials being blamed for failing to identify buildings at risk in the event of disasters, the newspaper said.

North Korea has been hit by massive flooding since August.