Japanese astronaut Soichi Noguchi and his American peers on Tuesday expressed their readiness and excitement to fly aboard a spacecraft developed by U.S. aerospace manufacturer SpaceX, currently scheduled for liftoff on Oct. 31.

"We are ready to fly," Noguchi told a joint press conference with the crew ahead of what would be the second manned mission for SpaceX's Crew Dragon, while pointing out the diversity of the team members with various experiences and backgrounds as their strength. 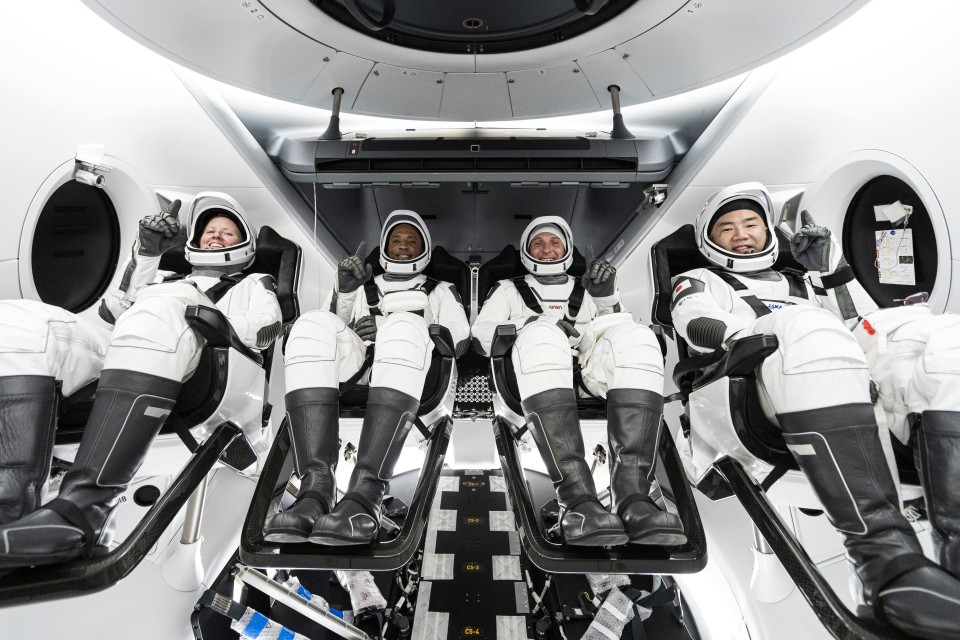 The upcoming mission will mark the first in a series of regular, rotational flights to the International Space Station by SpaceX's new crew transportation system following its certification by the National Aeronautics and Space Administration.

Upon the first launch with astronauts of the Crew Dragon spacecraft in May, SpaceX became the first private company to successfully launch humans into orbit. Two NASA astronauts safely returned in August.

NASA administrator Jim Bridenstine said the next Crew-1 mission will be another "critical milestone" in the development of U.S. ability to launch astronauts in American rockets from the country's soil since the conclusion of the Space Shuttle program in 2011.

He also pointed to the significance of having an international crew, namely Noguchi, joining the mission and the importance of sending more astronauts to the ISS, increasing the capacity for scientific research on the orbiting laboratory.

The Crew-1 mission team is scheduled to launch aboard the Crew Dragon capsule, which they named "Resilience," on SpaceX's Falcon 9 rocket from Kennedy Space Center in Florida at 2:40 a.m. on Oct. 31, and will stay on the ISS for approximately six months.

Noguchi of the Japan Aerospace Exploration Agency said at a separate press conference held by the agency that the name was chosen with "the wish for everyday life to return as soon as possible" despite the novel coronavirus pandemic. 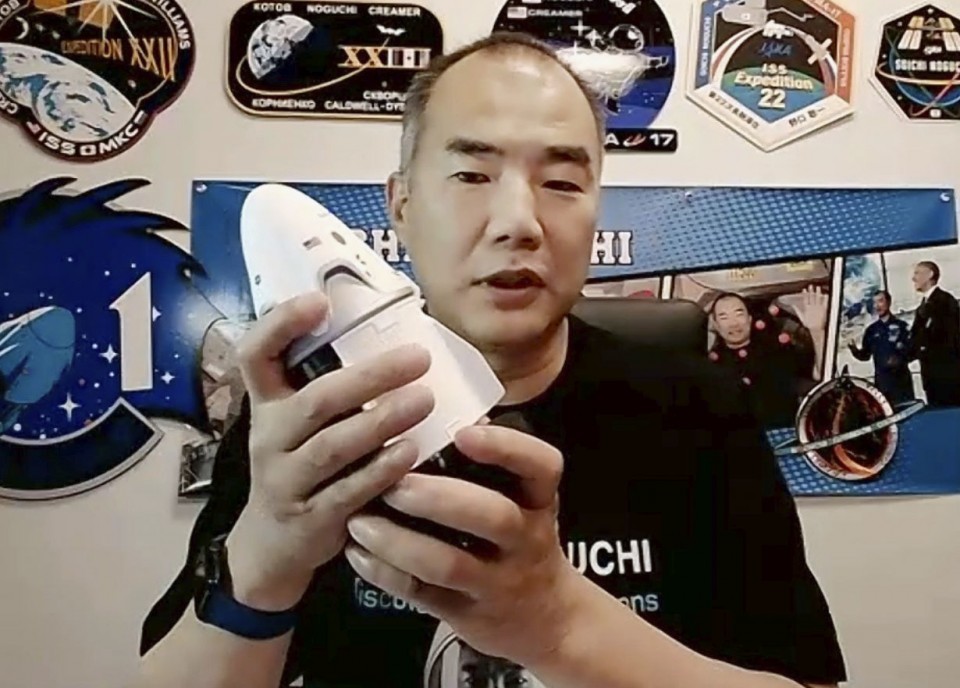 The team members are Michael Hopkins, pilot Victor Glover and two mission specialists, Shannon Walker and Noguchi. Glover, a former military test pilot and a rookie astronaut, will reportedly be the first African American to stay on a long-duration mission to the ISS.

Noguchi is a 55-year-old veteran of two space missions, having been aboard the Space Shuttle Discovery in 2005 and a Russian Soyuz spacecraft for a 161-day stay on the ISS between 2009 and 2010.

Noguchi said he and Walker had a "relatively short" time for preparation as they joined the team around February and March, but that the important thing is all of the members "contribute to this wonderful team."

"This diversity definitely brings the team's resilience," he said.

"I am honored to be the first to participate," as a non-American joining the team for a "historic turning point" in space exploration by a private company, Noguchi said at the separate press conference. 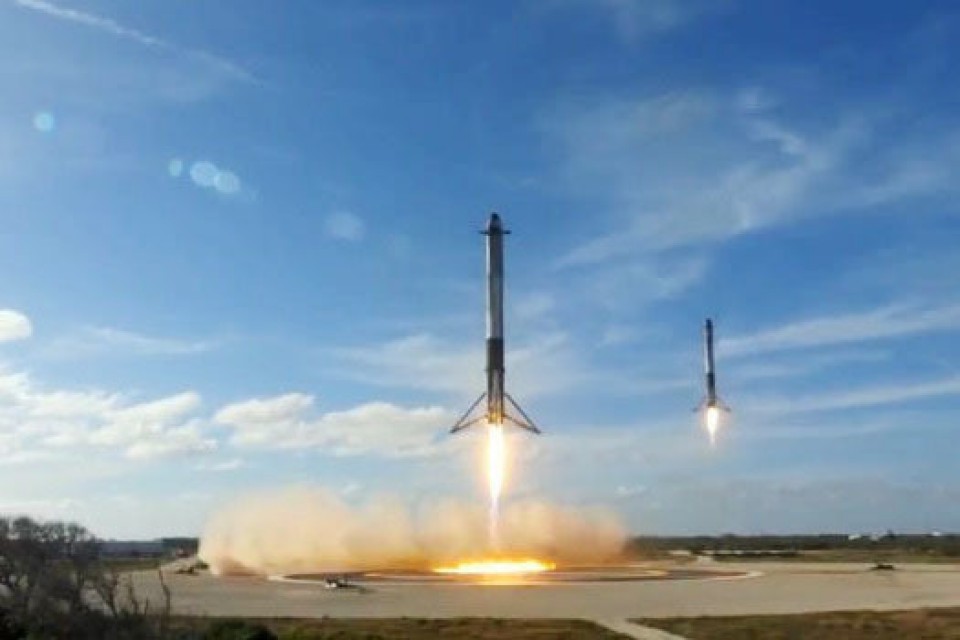 File photo shows two SpaceX rockets returning from take off to land vertically on the ground. (Photo courtesy of SpaceX)(Kyodo)

SpaceX, officially known as Space Exploration Technologies Corp. and founded by Tesla Inc. billionaire Elon Musk, is working with NASA to develop a successor to the Space Shuttle transportation system.

NASA has invested in private companies in hopes of creating a safe, reliable and cost-effective means of transporting humans to the ISS and to foster commercial access to space.

Hopkins said at the earlier press conference that he hopes the upcoming mission will mark the start of "opening up low-Earth orbit to more people -- to potentially not just NASA astronauts and JAXA astronauts and cosmonauts, but to civilians that are out there."

Meanwhile, as the liftoff is scheduled just ahead of the Nov. 3 U.S. presidential election, the American crew members said they are planning to cast their ballots from the ISS.

According to Walker, the astronauts will mark their choices on an electronic PDF file and email it to election officials.