The 26-year-old Marx played for the world champion Springboks in Japan last fall at Rugby World Cup 2019, and played this past season in Japan for NTT Communications Shining Arcs. 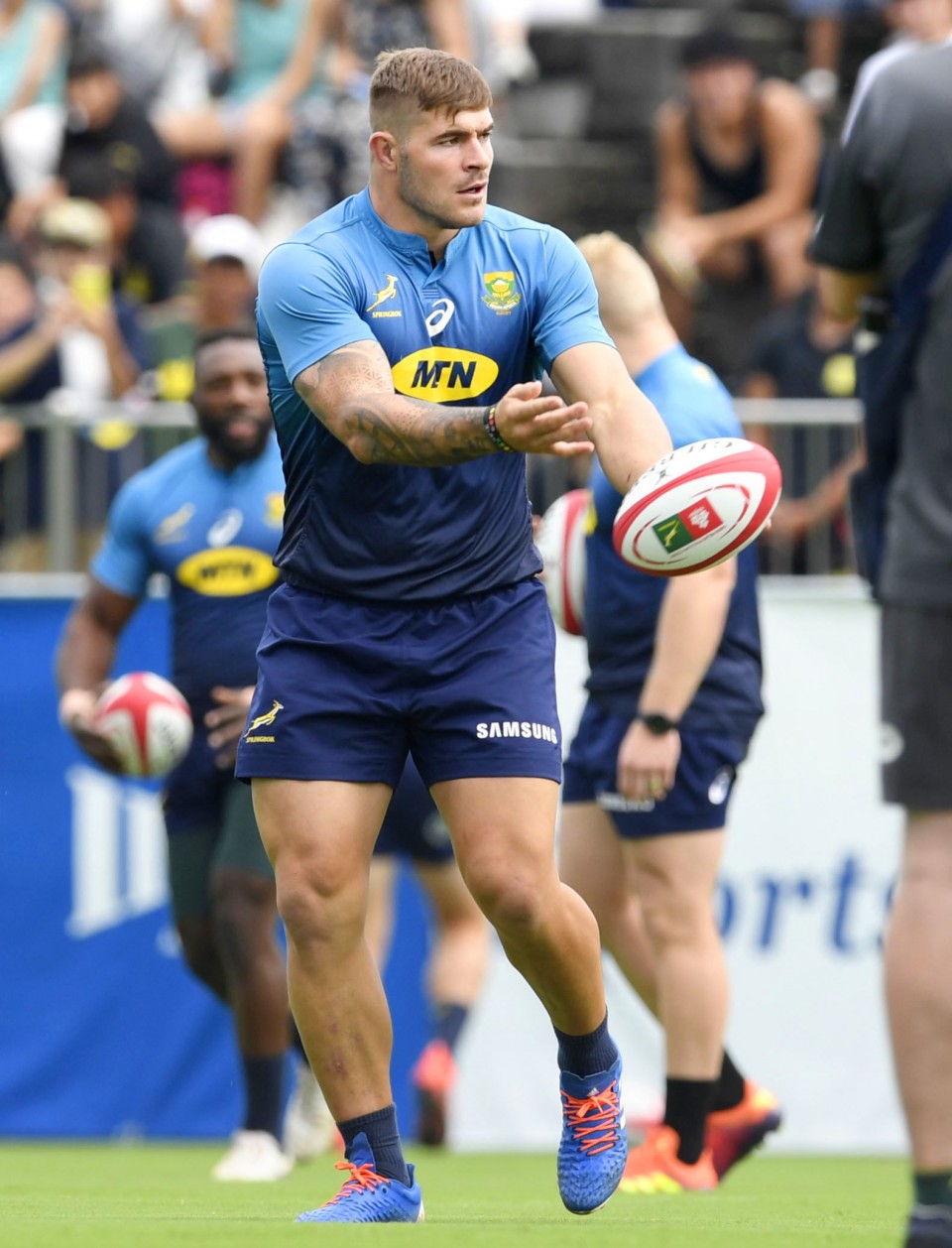 South Africa's Malcolm Marx passes a ball during a training camp in Seki, Gifu Prefecture, central Japan, on Sept. 1, 2019, ahead of a World Cup warm-up match against Japan on Sept. 6. (Kyodo)

Although the season was limited to six games, with a late start following the World Cup and an early finish due to the novel coronavirus pandemic, Marx, who has been capped 33 times for South Africa, played in all six games and scored five tries.

In the club's Japanese language press release, Marx said he enjoyed living in Japan and expressed his gratitude to the club as well as his respect for the Japanese people and their culture.