Former All Blacks Ben Smith and Aaron Cruden will join the Kobe Kobelco Steelers in the Japan Rugby Top League next season, the club announced Friday.

Smith, who boasts 84 caps for New Zealand, was a member of two consecutive World Cup sides, winning the Webb Ellis trophy in 2015 in England and finishing third at last year's tournament in Japan. 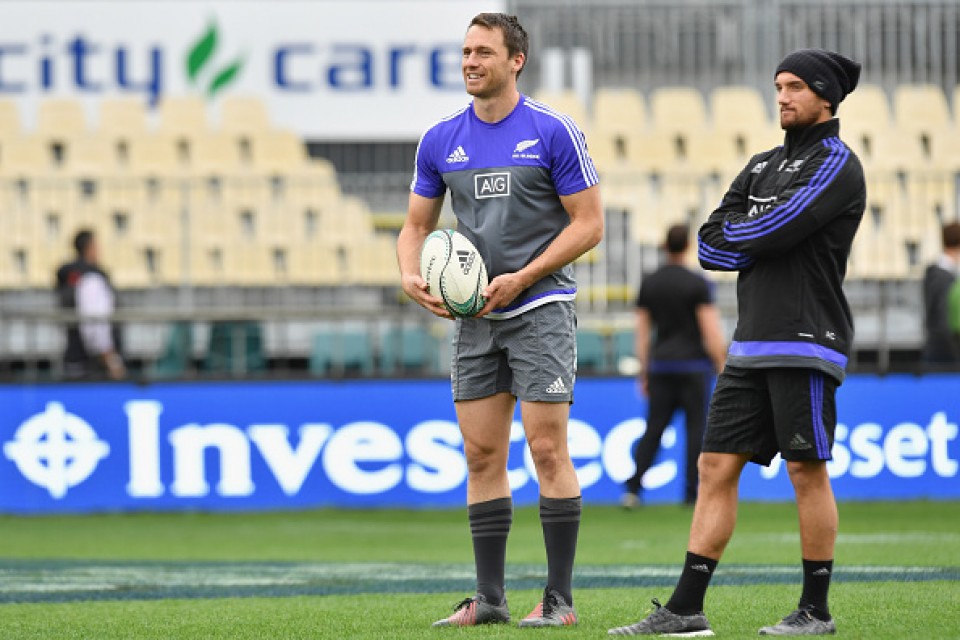 Ben Smith (L) and Aaron Cruden of the All Blacks react during the New Zealand All Blacks captain's run at AMI Stadium on Sept. 16, 2016, in Christchurch, New Zealand.(Getty/Kyodo)

The 34-year-old utility back won a Super Rugby championship in 2015 with New Zealand side the Highlanders.

Cruden has 50 caps for the All Blacks and was a member of the squad who won the 2011 World Cup on home soil.

The 31-year-old flyhalf played for the Hurricanes and the Chiefs in Super Rugby before joining French side Montpelier in 2017.

The pair have big shoes to fill at the Steelers following the departure of countryman Dan Carter.

The Honda Heat have also added a World Cup winner for the next Top League campaign, announcing the arrival of South Africa international Franco Mostert.

The 29-year-old lock was a member of the Springboks side who triumphed last year in Japan.

The 2021 Top League season is scheduled to start next January and run through to May.