Japan's Kei Nishikori said Sunday he has tested positive for the novel coronavirus, with the news coming two weeks before the U.S. Open, where he had his most successful Grand Slam performance in 2014 with a runner-up finish.

The 30-year-old said he was self-isolating in Florida and as a result has pulled out of the Western and Southern Open, which has been moved to New York from its traditional venue in Cincinnati to act as a warm-up event for the Aug. 31-Sept. 13 U.S. Open. 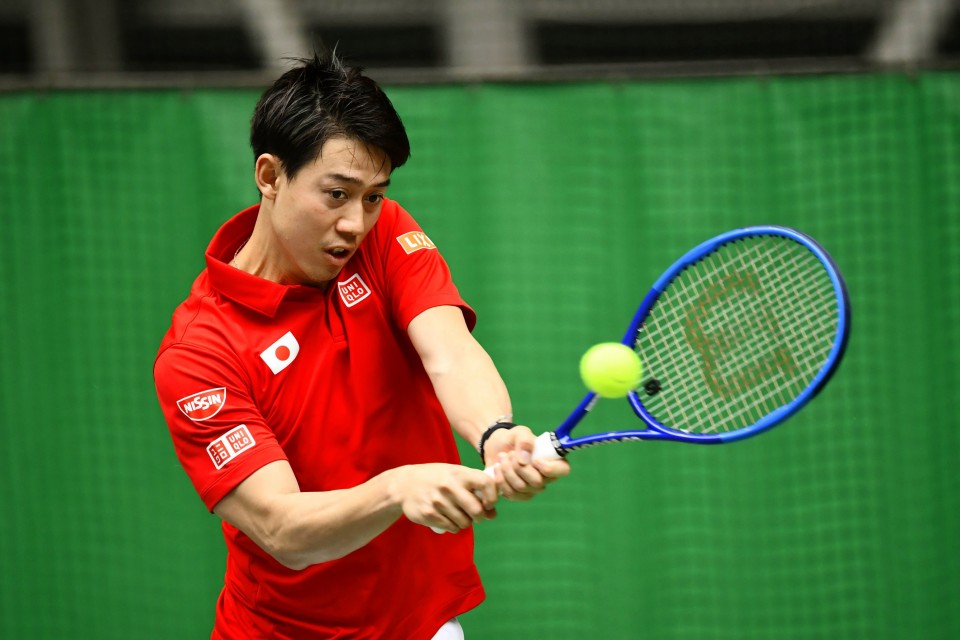 "Hi everyone, I have some unfortunate news today. This morning while still in Florida, I got tested for COVID-19 and tested positive," Nishikori said in a statement on his official app, adding, "I am feeling well and have very little symptoms."

Nishikori, currently ranked 31st in the world, has not played a competitive match since undergoing elbow surgery in October last year.

He said he "will obviously be in complete isolation for the safety of everyone" and will receive a test again on Friday.

Nishikori, who also reached the U.S. Open semifinals in his past two appearances in 2016 and 2018, said he got the positive test result the day before he and his team were scheduled to fly to New York.

A number of players have already withdrawn from this year's U.S. Open over fears of contracting the coronavirus, including defending champion Rafael Nadal and women's world No 1 Ashleigh Barty.