As the world's top pro tennis tours look to resume from August, Japan-based players are expressing concern about the viability of staging tournaments in the middle of the coronavirus pandemic.

Yoshihito Nishioka, who is ranked 48th in the world on the men's ATP tour, had been looking forward to competing in the U.S. Open, which will be held behind closed doors from Aug. 31 to Sept. 13 in New York.

"If you have it under these circumstances, I think everyone is going to be exposed (to the coronavirus)," Nishioka said recently. 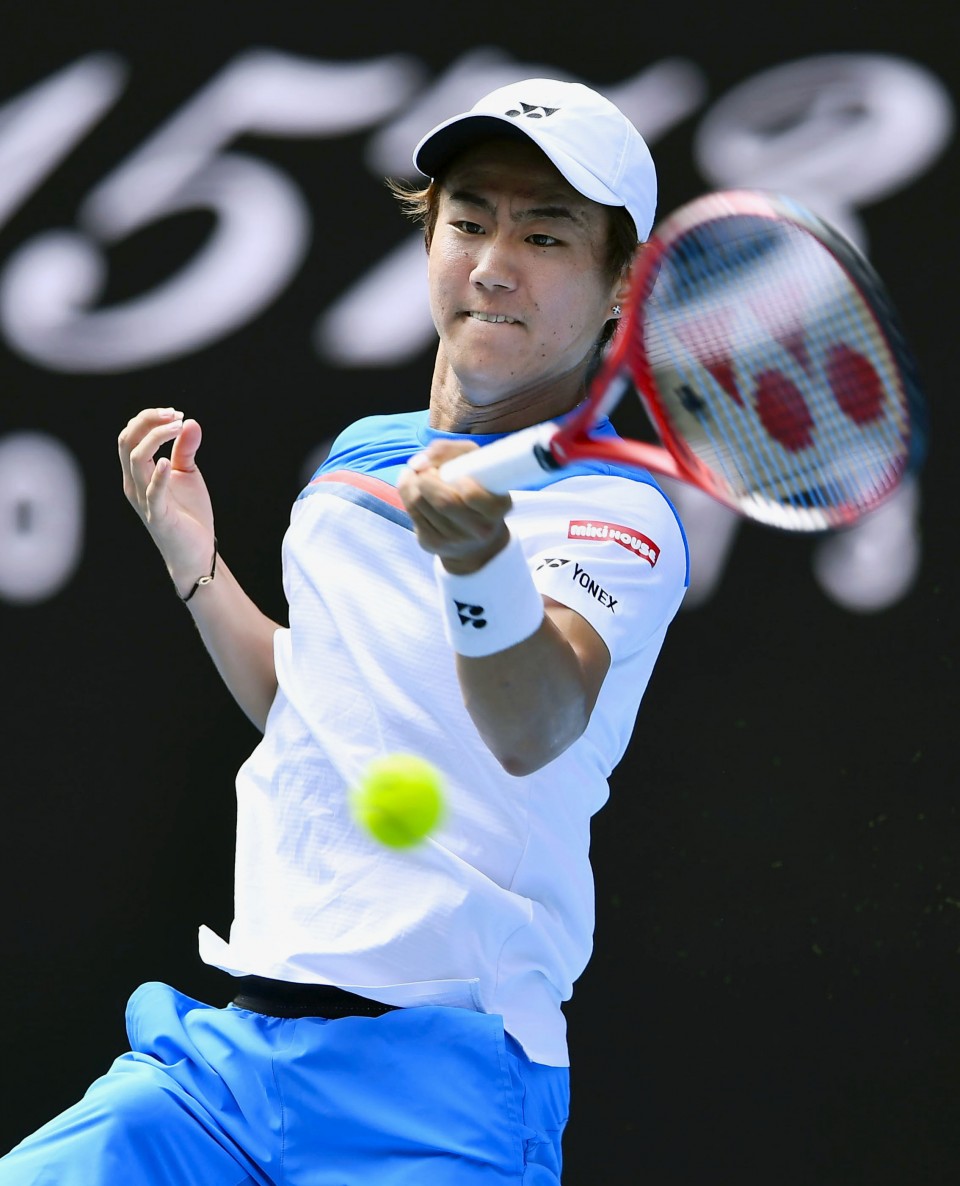 Japan's Yoshihito Nishioka takes on Novak Djokovic of Serbia in the third round of the Australian Open tennis tournament in Melbourne on Jan. 24, 2020. (Kyodo)

On June 17, the ATP and the women's WTA tour, which had both suspended events since March, announced their tours would start up again. The same day, U.S. Open organizers failed to give specific answers to questions about what would happen should players become infected during the tournament.

"What's it going to be like if things are unclear and people are doing whatever they want," Nishioka said.

Players are also worried about moving between different countries and regions while dealing with travel restrictions during the condensed season's calendar.

Unlike typical years, the season's final hard-court major, the U.S. Open, will end just two weeks before the start of the clay-court French Open, which is typically held in the spring. 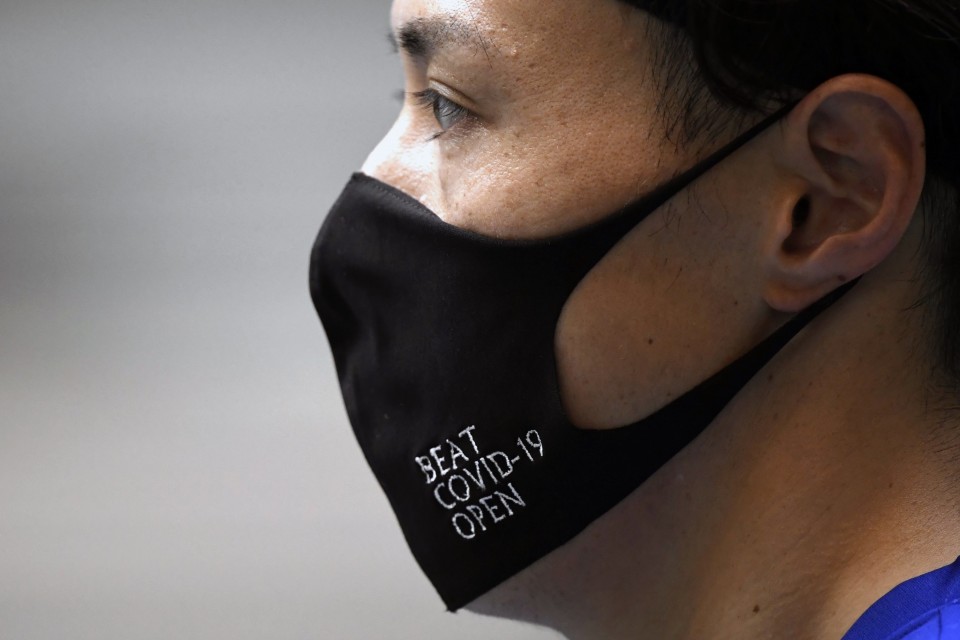 A ball boy keeps his mask on during the unofficial Beat COVID-19 Open tennis meet held without spectators in Miki, Hyogo Prefecture, on July 1, 2020. (Kyodo)

For players based in Japan, returning from the United States will require a two-week self-quarantine, forcing them to weigh their options carefully.

"It's a case of having to choose between the U.S. Open and the French Open," said women's No. 72 Nao Hibino.

Japan's lone event on the men's tour, October's Rakuten Japan Open in Tokyo, has already been canceled, a move that will cost the Japan Tennis Association at least 1 billion yen ($9.4 million) in lost revenue. 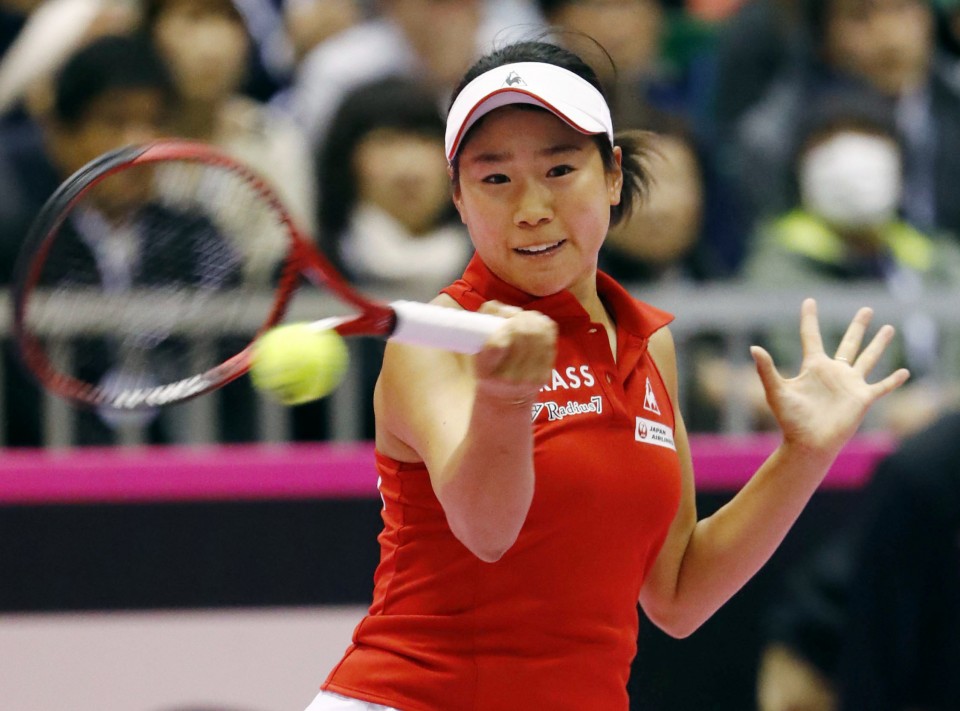 Naohiro Kawatei, an executive director of the JTA and a member of the International Tennis Federation's board of directors, said there is no prospect that athletes and others will be able to enter and leave the country safely, making a tour that involves moving from one continent to another problematic.

"In addition to players coming from overseas, it is the responsibility of organizers to facilitate their departure, so there are some differences between our sport and others," he said.

If measures to prevent infection prove insufficient, it could put many people assembled at a tournament at risk. This happened at a charity event in Croatia, where Novak Djokovic, the world's No. 1 men's player, was infected along with other players.

"It's still too early to be competing in numerous events around the world," Hibino said. "Once there is a vaccine, we can compete with peace of mind."