Fourth seed Naomi Osaka came from a set down to beat 26th-ranked Karolina Muchova 6-7(5), 6-4, 6-2 on Monday in the second round of the Western and Southern Open in New York.

Playing in front of empty stands at the USTA Billie Jean King National Tennis Center, Osaka served at just 47 percent on first serve for the match but still was only broken by the Czech once in three sets, in part because the world No. 10 from Japan struck 12 aces.

"I felt very nervous," Osaka said after her first WTA match in nearly six months and first meeting with Muchova.

"I knew that she was a great player and I'm glad I was able to take the opportunities that I did. I think I'm more sure of myself now. I'm more calm and collected and, hopefully, I can keep that going." 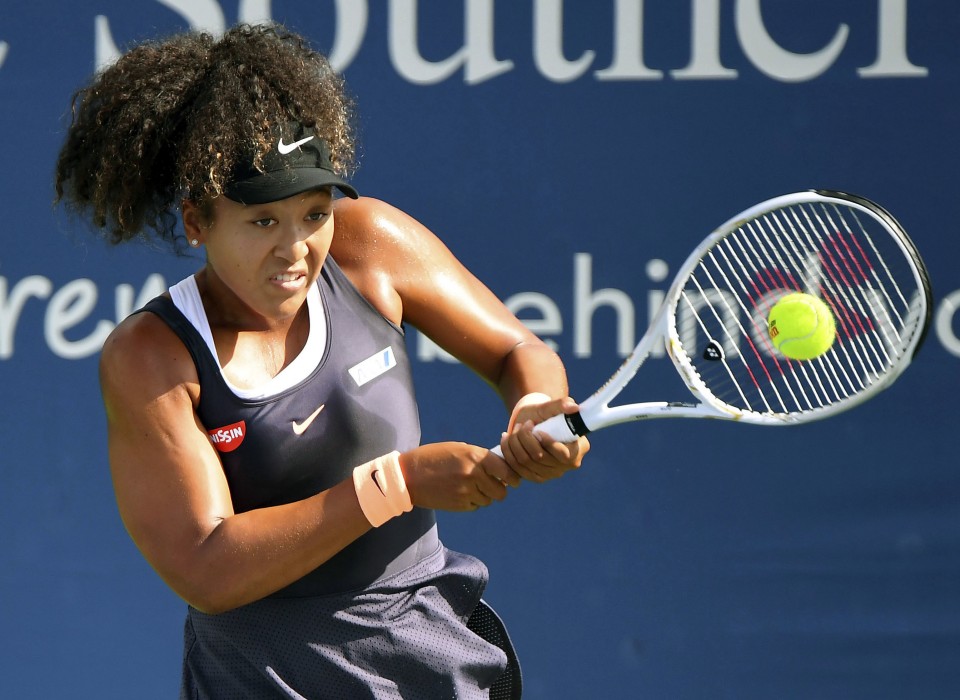 Naomi Osaka plays a shot during her victory over Karolina Muchova in the second round of the Western and Southern Open in New York.(Kyodo)

Osaka will face Dayana Yastremska in the round of sixteen after the 25th-ranked Ukrainian beat American Bernarda Pera in three sets.

The Japanese player's title chances improved when the top two seeds, Karolina Pliskova and Sofia Kenin, were knocked out in their first matches of the tournament.

The third seed and 23-time Grand Slam champion Serena Williams is still in contention on the other side of the draw, however, as is Belarusian world No. 11 Aryna Sabalenka who could meet Osaka in the semifinals.

The Western and Southern Open is a U.S. Open warm-up event that was moved to New York from its normal venue in Cincinnati this year because of the coronavirus pandemic.