Organizers of the Toray Pan Pacific Open said Tuesday they have decided to scrap the annual women's tournament, slated to be held at Tokyo's Ariake Tennis Park in November, due to the spread of the novel coronavirus.

The Pan Pacific Open is the last of three tournaments held annually in Japan to be jettisoned from the season's calendar over virus concerns, following the cancellation of the Hana-Cupid Japan Women's Open and the Rakuten Japan Open on the men's ATP Tour. 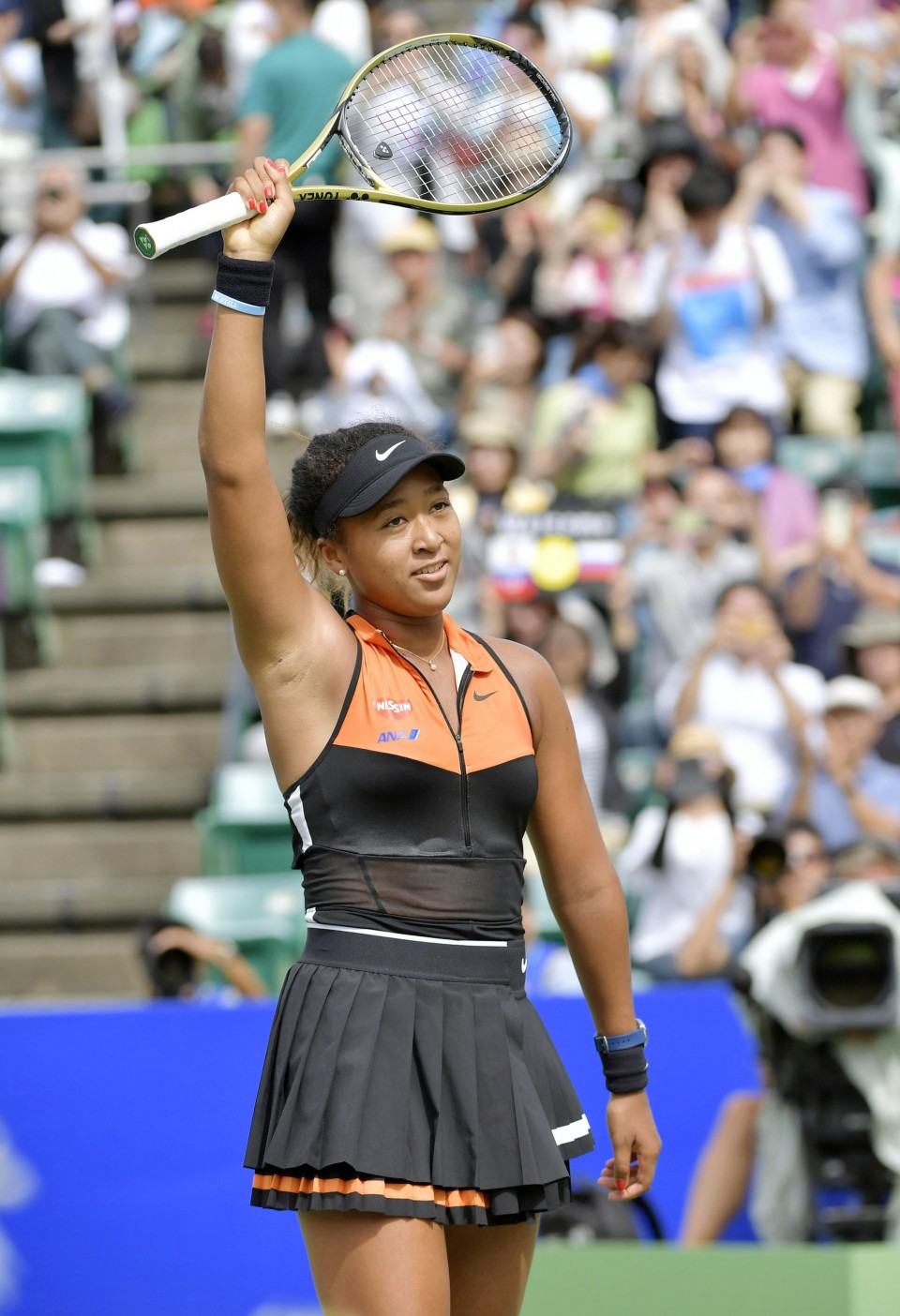 Naomi Osaka of Japan acknowledges the crowd after beating Anastasia Pavlyuchenkova of Russia in the Toray Pan Pacific Open final in Osaka on Sept. 22, 2019. (Kyodo)

"The Executive Committee looked at every possible way to make this tournament happen, including the idea of holding matches without audiences or restricting admissions in order to prioritize the health and safety of everyone involved," organizers said in a comment.

"However, after a series of deliberations, the Executive Committee made a heartrending decision to rule out the postponement, and concluded that the cancelation of the tournament was the best decision in the interest of public health, especially in light of the concern about the second wave of infection spreading in Japan."

Part of the WTA's Asian swing, the Pan Pacific Open had been held every year since its inauguration in 1984. The Premier level tournament had already been postponed from September to November after the men's and women's tours were interrupted in March by the coronavirus pandemic.

Naomi Osaka won her fourth WTA title and first on home soil at the Pan Pacific Open last year when it was held in Osaka, the city where she was born.

Marathon in Hokkaido moves online with record 3,000 runners to join