At least 13 dead after building collapses in India

At least 13 people were killed and three remain trapped in the rubble after a five-story apartment building collapsed in India's western state of Maharashtra, Press Trust of India reported Tuesday.

Several people have been pulled from the debris of the apartment building in Mahad, around 170 kilometers from Mumbai, following the collapse late Monday, PTI said. 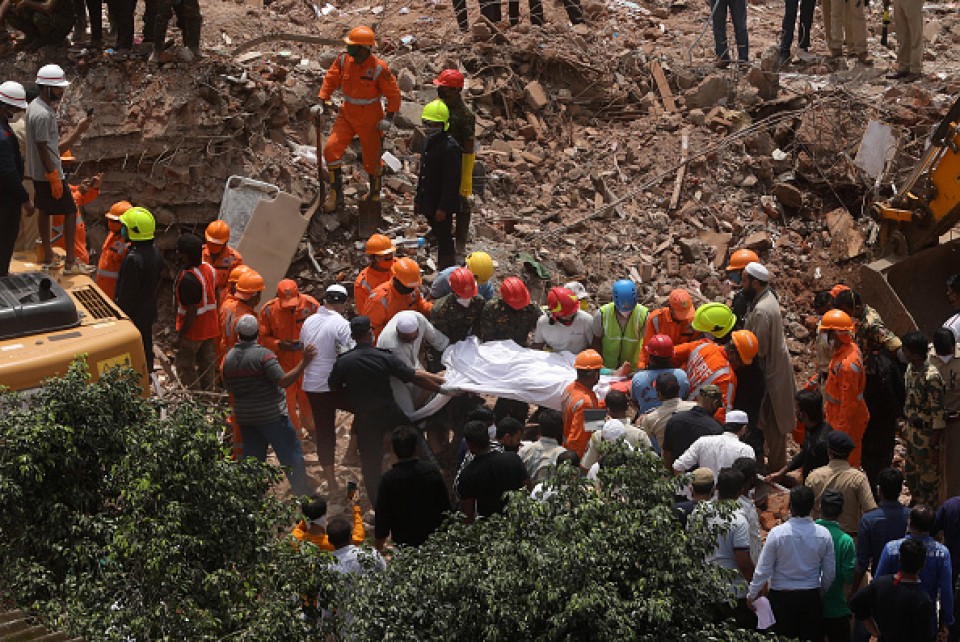 Indian rescue workers search for people in the rubble of a collapsed five-storey apartment building in Mahad on August 25, 2020. (Getty/Kyodo)

10 die in collapse of China hotel used as quarantine facility

The news agency also quoted police as saying that while rescuers were sifting through the rubble Tuesday, they found a 4-year-old boy alive near the body of his dead mother.

Witnesses say the building fell like a house of cards. Police on Tuesday registered an offense against five people including the builder and architect over the structural failure, according to PTI.

Prime Minister Narendra Modi expressed his grief on Twitter, saying, "My thoughts are with the families of those who lost their dear ones. I pray the injured recover soon. Local authorities and (National Disaster Response Force) teams are at the site of the tragedy, providing all possible assistance."