Japan's Self-Defense Forces plan to set up a specialized unit next spring as part of efforts to beef up Japan's electronic warfare capability in response to enhanced military technology of China and Russia, according to Defense Ministry officials.

With the envisaged unit at the Ground Self-Defense Force's Camp Kengun in Kumamoto Prefecture, southwestern Japan, the SDF will jam an enemy's radar and missile guidance signals, as well as protecting Japan's communications on the front line, in the event of an attack on a remote island, for example, the officials said. 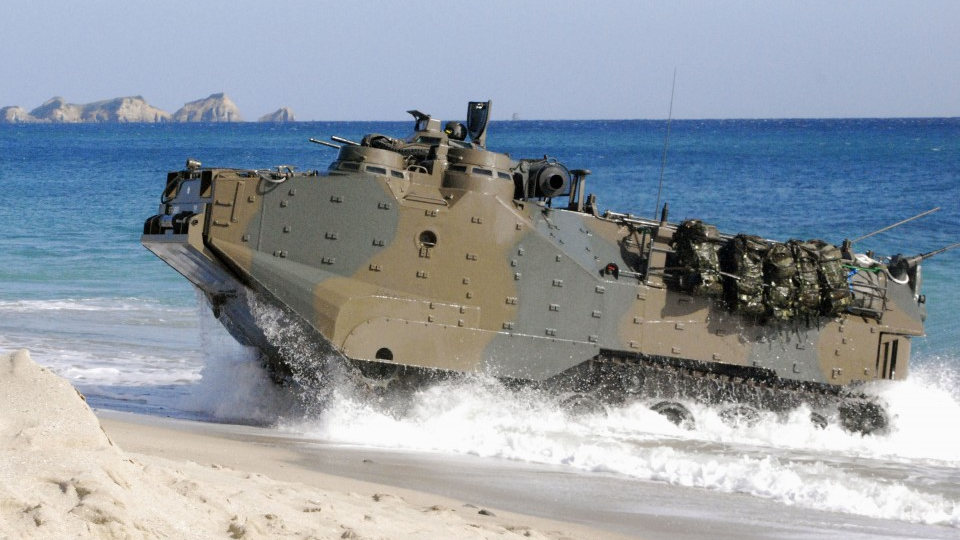 Assault amphibious vehicle AAV7 comes ashore on a beach on Tanegashima Island in the southwestern Japanese prefecture of Kagoshima during a landing exercise by Japan's Ground Self-Defense Force on Nov. 14, 2019. (Kyodo)

In coordination with the GSDF's Amphibious Rapid Deployment Brigade, a Sasebo, Nagasaki Prefecture-based unit tasked with recapturing islands, the unit will also nullify radio waves transmitted by enemies by sending out other radio waves that have the same frequencies.

To achieve such objectives, the GSDF has adopted the cutting-edge network electronic warfare system dubbed NEWS.

Tokyo is speeding up efforts to boost its response capability as Beijing and Moscow have improved their technologies in electronic warfare, as well as in outer space and cyberspace.

"Japan is lagging far behind China and Russia in building up (electronic warfare) capability," a senior GSDF officer said.

In the event of invasion of an island, monitoring and jamming enemy communications would be an effective countermeasure as opponent troops and warships communicate with each other through signals while carrying out military operations. 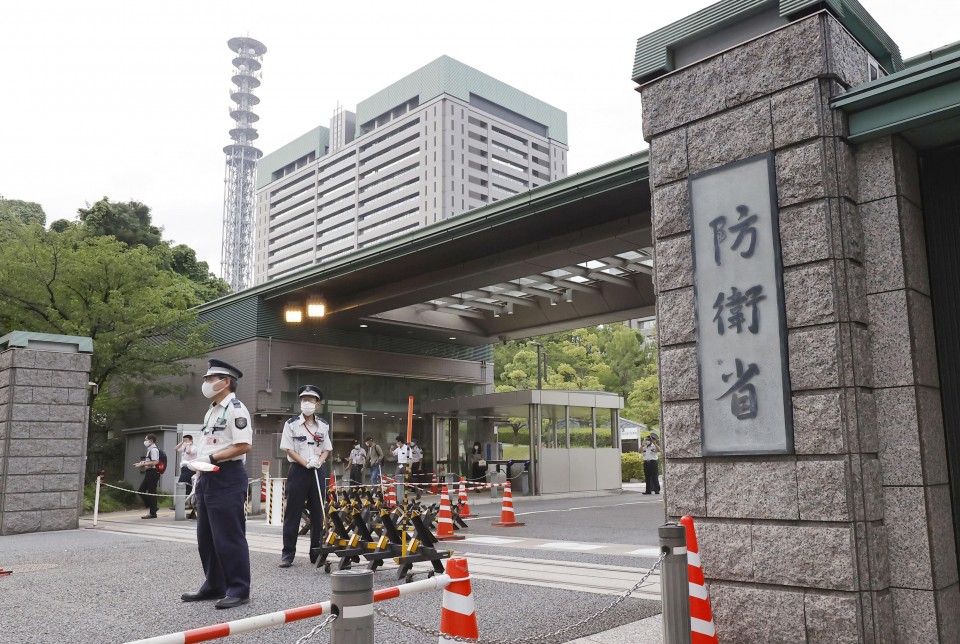 Prior to the launch of the electronic warfare unit, the GSDF personnel assigned to the mission will undergo training at its Signal School in Yokosuka, Kanagawa Prefecture, near Tokyo.

In the state budget for fiscal 2020, the Defense Ministry has earmarked 15 billion yen ($140 million) for developing the new aircraft and 3.8 billion yen for researching disruption of radar of enemy aircraft.

In its invasion of Crimea in 2014, Russia disrupted communications of Ukrainian forces by launching electronic warfare attacks.

China is believed to have gathered information on the SDF and U.S. forces by sending electronic warfare aircraft around Japan.