The Japanese government on Tuesday started full-fledged discussions on ways to counter ballistic missiles after receiving a proposal from a group of ruling party lawmakers urging it to consider acquiring the capability to defeat such projectiles even in the territory of an opponent.

"The state's mission is to protect the lives of the people and their peace," Prime Minister Shinzo Abe said as he was handed the proposal from the group of ruling Liberal Democratic Party lawmakers. "To that end, I'd like to deepen discussions on what we should do."

The proposal has stirred controversy in light of Japan's pacifist Constitution. The National Security Council, which launched the discussions, plans to set the direction in September. 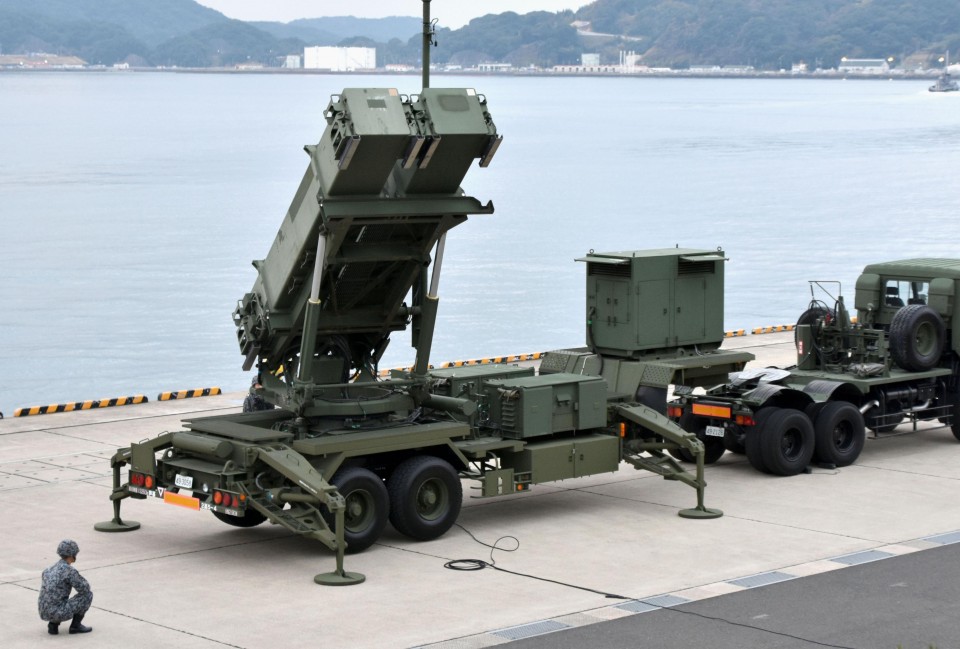 A launcher for Patriot Advanced Capability-3 ballistic missile interceptors is deployed during a drill conducted by Japan's Air Self-Defense Force at the Maritime Self-Defense Force's Sasebo base in Nagasaki Prefecture on Dec. 22, 2017. (Kyodo)

The LDP team led by former Defense Minister Itsunori Onodera has drawn up the proposal as part of efforts to boost the country's deterrence against the North Korean missile threat, after the government in June scrapped a plan to deploy a costly land-based U.S. missile defense system known as Aegis Ashore.

"As missile technology improves, if it is unavoidable to protect our country, it is necessary to stop a missile in the territory or airspace of an opponent," Onodera told reporters.

The proposal, which avoided stating "against enemies' missile bases," stressed that such a capability would comply with international law and remain within the scope of Japan's Constitution and exclusively defense-oriented posture.

Defense Minister Taro Kono has said the cancellation of the Aegis Ashore deployment was due to the discovery of safety-related problems that would entail further costs and time to address.

Kono has said the government would find an alternative way to protect the country from the missile threat by the end of September.

The time frame is linked to the government's deadline for ministries and agencies to make requests for the fiscal 2021 budget.